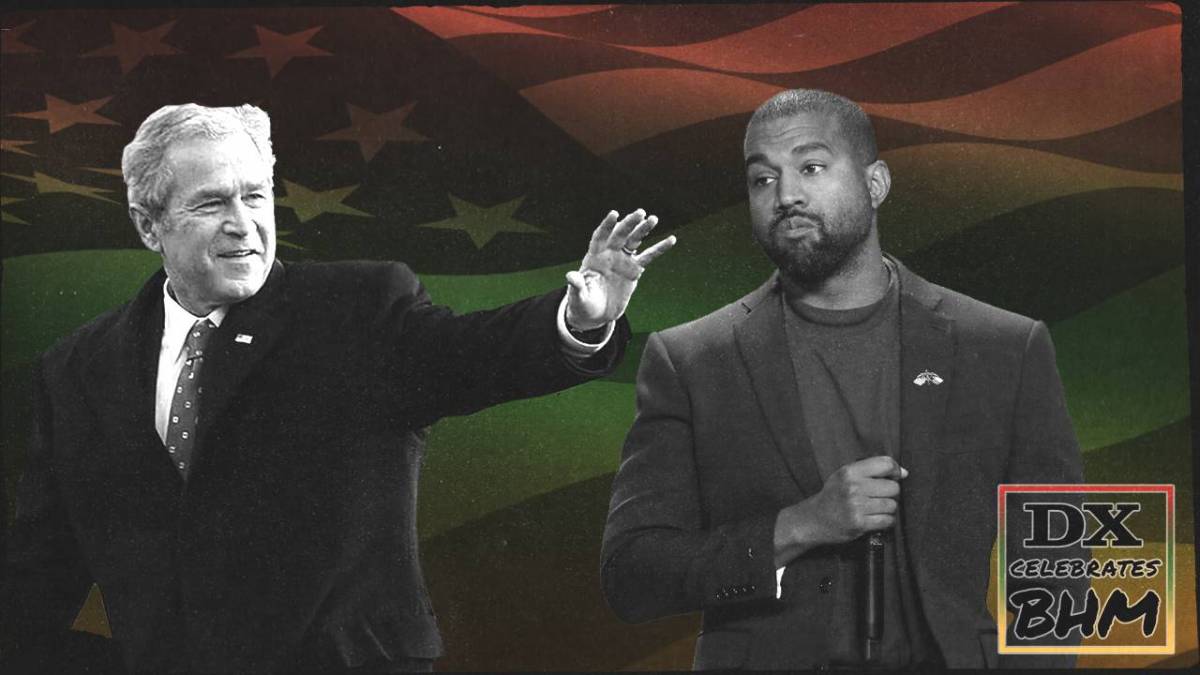 September 6, 2005 – Just days after being dubbed “Hip Hop’s Class Act” by TIME, Kanye West went off on the most explosive tangent of his career when he told millions of Americans its president, George W. Bush, doesn’t care about Black people. The daring outburst took place during the September 2, 2005 A Concert For Hurricane Relief special, which raised over $50 million in donations toward Hurricane Katrina relief.

If the country didn’t already have an opinion of Kanye by this point in his career — he had just released his sophomore Late Registration album on August 28, 2005 — they definitely would now. Looking back on the “George Bush” moment more than 15 years later, it sort of served as a microcosm of his career.

On one side of the dichotomy, his supporters appreciated his fearlessness when putting his reputation on the line, a trait that ingratiated fans to him in the first place, and thanked him for the brutal honesty when getting his point across in the clearest of fashions.

On the other, viewers were turned off by his controversial comments during a fundraiser putting the president on blast. Some deemed Kanye to be acting in a self-serving fashion by thrusting himself into the spotlight, a tactic Yeezy has employed at various points in his career. He even became the political fodder of Fox News, who accused him of finger-pointing and “throwing around hate.”

Kanye allegedly warned Mike Myers before they went live he was going to “ad-lib a little bit,” but the Austin Powers actor definitely had no idea he was about to become part of pop-culture infamy. Taking a step back, everyone harps on Kanye taking aim at Bush, but his entire statement is much broader. Ye first focuses on the media’s unfair portrayal of Black people when compared to their white counterparts in the same situation.

“I hate the way they portray us in the media,” he said. “If you see a Black family, it says, ‘They’re looting.’ You see a White family, it says, ‘They’re looking for food.’ And you know that it’s been five days because most of the people are Black. And even for me to complain about it, I would be a hypocrite — because I’ve tried to turn away from the TV because it’s too hard to watch.

“I’ve even been shopping before, even giving a donation. So now I’m calling my business manager right now to see what’s, what is the biggest amount I can give, and, and just to imagine if I was down there, and those are my people down there.”

Hurricane Katrina was one of the most devastating natural disasters in American history and that still sounds like an understatement. The hurricane claimed the lives of more than 1,800 people — most of which were from Louisiana — and caused $125 billion in damages, which was a record at the time only to be tied by the lethal Hurricane Harvey.

The catastrophic cyclone was disproportionately hard on the Black community. The Louisiana levees that broke during the storm protected poorer residential neighborhoods and weren’t kept up to standard, as environmental racism played a role in 80 percent of New Orleans being flooded underwater.

Residents fled if they could, while others were stuck to watch everything they worked for wash away. President Bush clearly dropped the ball when it came to his response as he underestimated the hurricane’s potency. Bush was on vacation at his Texas ranch when Katrina made a second landfall in Louisiana on August 29 and didn’t fly back to the White House until August 31 after 29 days away. 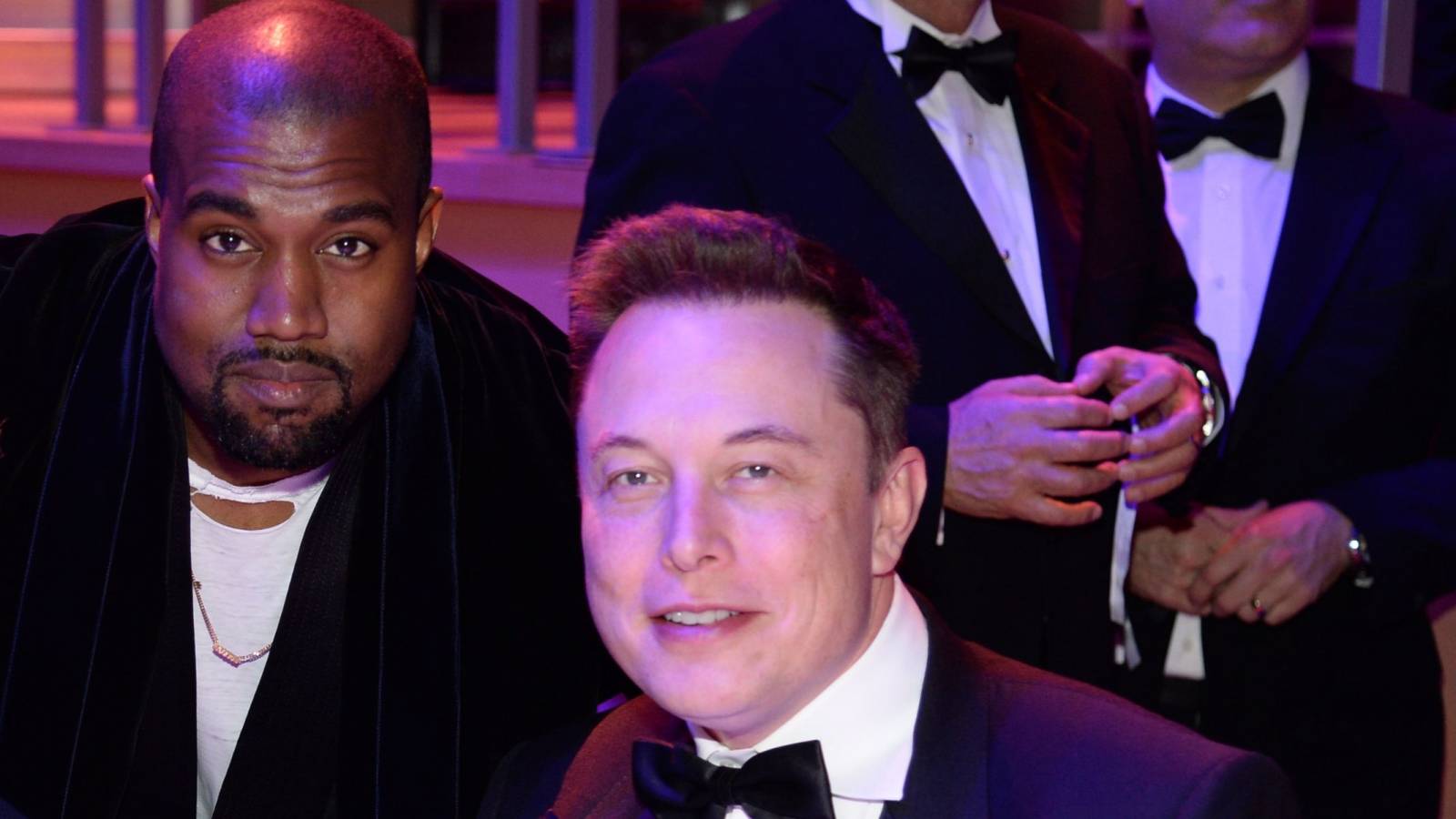 Kanye sounding the alarm proved to be right in many regards. Days after Kanye’s bombshell, Homeland Security Secretary Michael Chertoff described Katrina’s impact as “probably the worst catastrophe or set of catastrophes” in America’s history.

Bush wasn’t very happy with Kanye putting the racist label on him either. Reflecting on his response to Katrina in his 2010 Decision Points book, Bush called Kanye’s remarks the “all-time low” of his presidency.

The Chicago native’s words moved the needle and had a ripple effect as the moment is now a fixture in American political and pop culture history. Days later, Houston duo The Legendary K.O. capitalized on Ye’s movement by releasing “George Bush Doesn’t Care About Black People,” which sampled Kanye’s “Gold Digger” and his fiery comments sniping the president.

“I stood on my couch that evening because I knew that the world would finally hear how others had felt, and it was too late to censor it,” the group’s Damien Randle told HuffPost regarding the anthem’s inspiration.

A month later, Kanye made an appearance on Saturday Night Live joking about the public’s reaction with Mike Myers in a backstage skit. Speaking to GQ in 2014, Myers stated he’s “super proud to have been next to [Kanye]” during the telethon.

“I’m the guy next to the guy who spoke a truth,” he explained. “I assume that George Bush does care about Black people — I mean I don’t know him, I’m going to make that assumption — but I can definitively say that it appeared to me watching television that had that been white people, the government would have been there faster.”

A Pew Research poll saw 66 percent of Black people agreeing that if the victims of Katrina had only been white, the government response would’ve been faster.

Legendary director Spike Lee even enlisted the “Jesus Walks” rapper to be featured in his 2006 When the Levees Broke documentary. The award-winning filmmaker used the sobering four-part HBO doc to vividly detail the debilitating impact Katrina left on Louisiana.

Revisiting his outburst with Matt Lauer in 2010, Kanye had regrets about the harsh manner in which he conveyed his message and “empathized” with Bush’s frustrations about bluntly being labeled a racist. Remember, this is about a year following Yeezy’s self-inflicted wound at the now-infamous 2009 MTV VMAs with Taylor Swift where he was publicly vilified.

“I would tell George Bush, in my moment of frustration, I didn’t have the grounds to call him a racist,” Kanye expressed at the time.

The George Bush rant still stands the test of time as one of the defining moments outside of music in his decorated career. Flashing back to 2005, he wasn’t the full-blown A-list celebrity just yet, flying under Roc-A-Fella Records behind JAY-Z. Late Registration provided a runway to continue his ascension.

With Kanye all over the headlines, his sophomore album nearly doubled The College Dropout‘s first week numbers with 860,000 albums sold and earned him his first solo No. 1 album. Weeks later, “Gold Digger” would take off and grab the top spot on the Billboard Hot 100 on the chart dated September 17, 2005.

Kanye saluted the viral pre-Twitter moment by including a Bush imitator in his 2016 “Famous” video with the former president sleeping naked on the extra-large bed. He appeared first on the wide left alongside Vogue‘s Anna Wintour and Donald Trump. 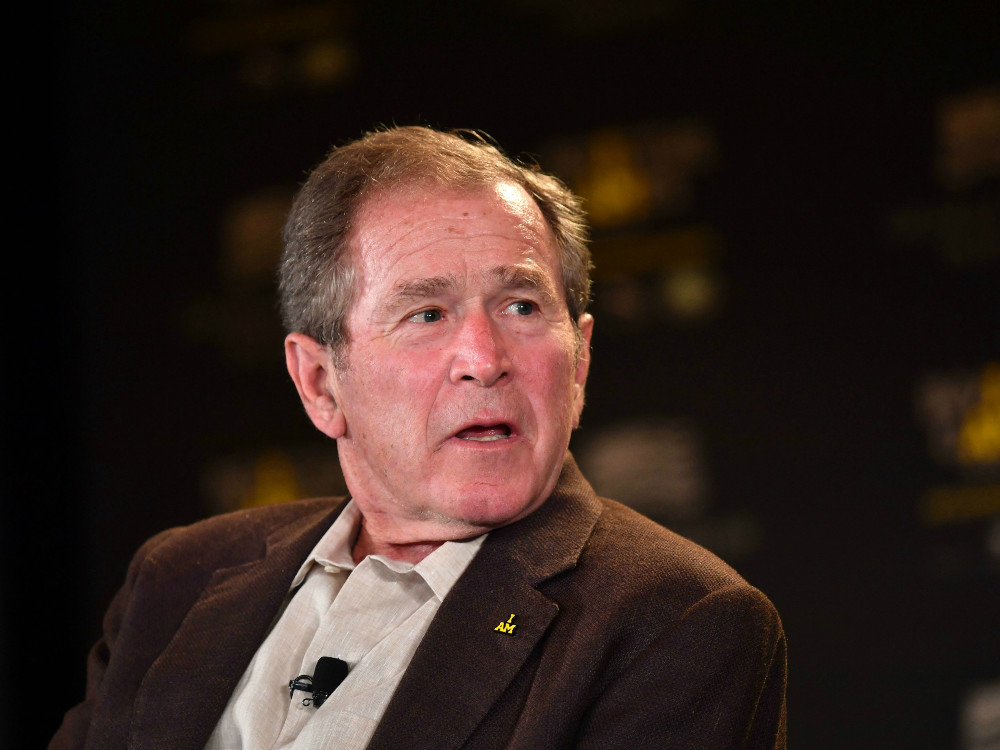 “Maybe in some alternative universe me and George Bush could have been friends,” Kanye told Vanity Fair. “I could have been his O.J. Simpson black friend on the golf course.”

In its purest form, Hip Hop provides a voice for the voiceless and that’s exactly what Kanye was attempting to do when calling out George Bush on the grandest of stages. Those that have done a 180° on the polarizing 21X-Grammy-winner often cite the Bush telethon incident when yearning for the “old Kanye” to come back, but he hasn’t gone anywhere.