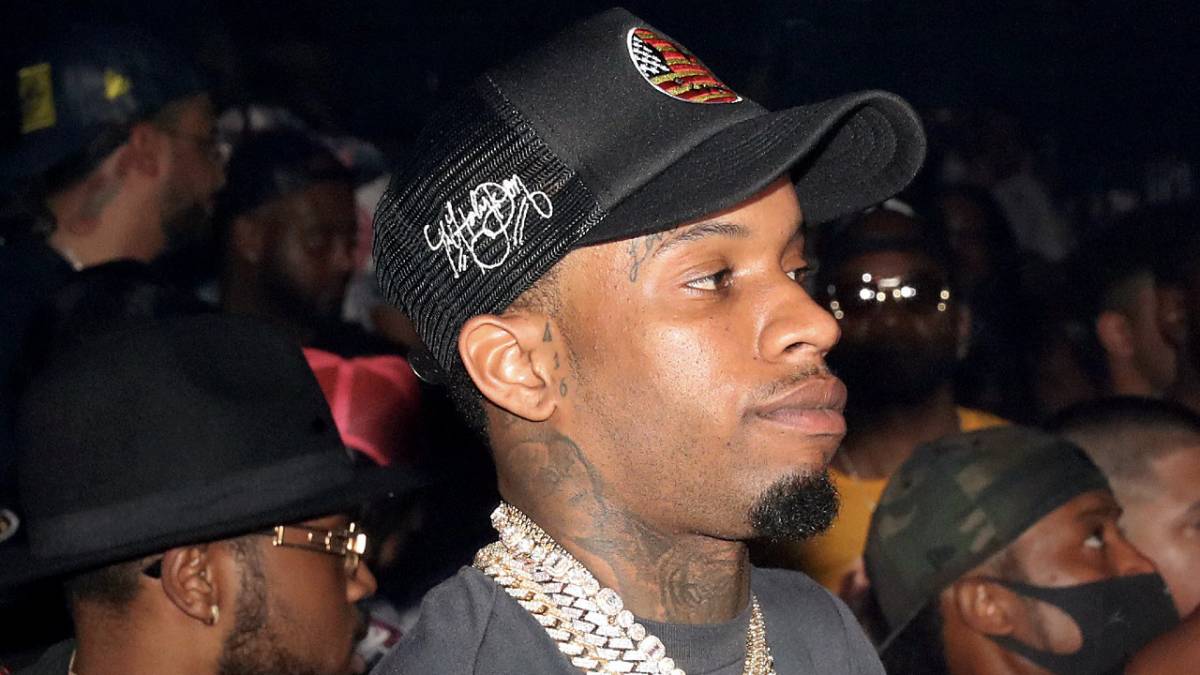 Drink Champs' N.O.R.E. Says Tory Lanez Is Being A Good Sport About Bald Jokes - While Adding A Few Of His Own

Everybody has jokes on Tory Lanez after an aerial view of his dome showed more than a few bald patches – but N.O.R.E. says the Toronto artist is taking it in stride.

Hitting all of his social media channels with jokes of his own on Wednesday (February 17), Noreaga added to the growing crop of hilarious commentary but noted that Tory is laughing along with everyone.

“STOP SENDING ME THIS PIC SAYING THIS THE HOMEY AFTER THE GAME THIS AINT RIGHT!! Lol,” he wrote. “funny part is Tory get all these jokes he aware.”

My face says it all!!! pic.twitter.com/TAuAxGCidM

The photos came from Nore’s celebrity basketball game the day prior and prompted slander from all over – including rapper Joey Fatts.

“N-gga said ‘he had the audacity to line that shit up’,” Fatts wrote with a photo of Lanez. “Retire that my boy.”

This isn’t the first time Tory’s hairline has been a topic of discussion, and the Chixtape 5 artist even previously admitted he’d gotten his receding hairline surgically fixed.

His current issue now appears to be resolved already as well, after he shared an update from the barber’s chair shortly after Nore’s posts.

#torylanez back to normal showing off his line up on live after he went viral for his hair lookin a little patchy?? pic.twitter.com/hKDFBFYtxn