2021 is starting off pretty good for NLE Choppa.

In his caption, NLE added a quote from Pac that resonated with him, as well as a quote of his own.

“Death Is Not The Greatest Loss In Life,” it read. “The Greatest Loss Is What Dies Inside While Alive. Never Surrender -Tupac Amaru Shakur. Hoping Love Approaches Now And Not When When The Person Dies -NLE #2pac.”

NLE’s stylist Sankara Xasha Turé wrote on her Instagram Story that they’d recreated the looks in less than 24 hours, and revealed that Kani had actually given them the very same hoodie that Pac was wearing in his shoot.

Looks like NLE is making good on his promise to make 2021 his “bitch” – a declaration he made just before the new year. 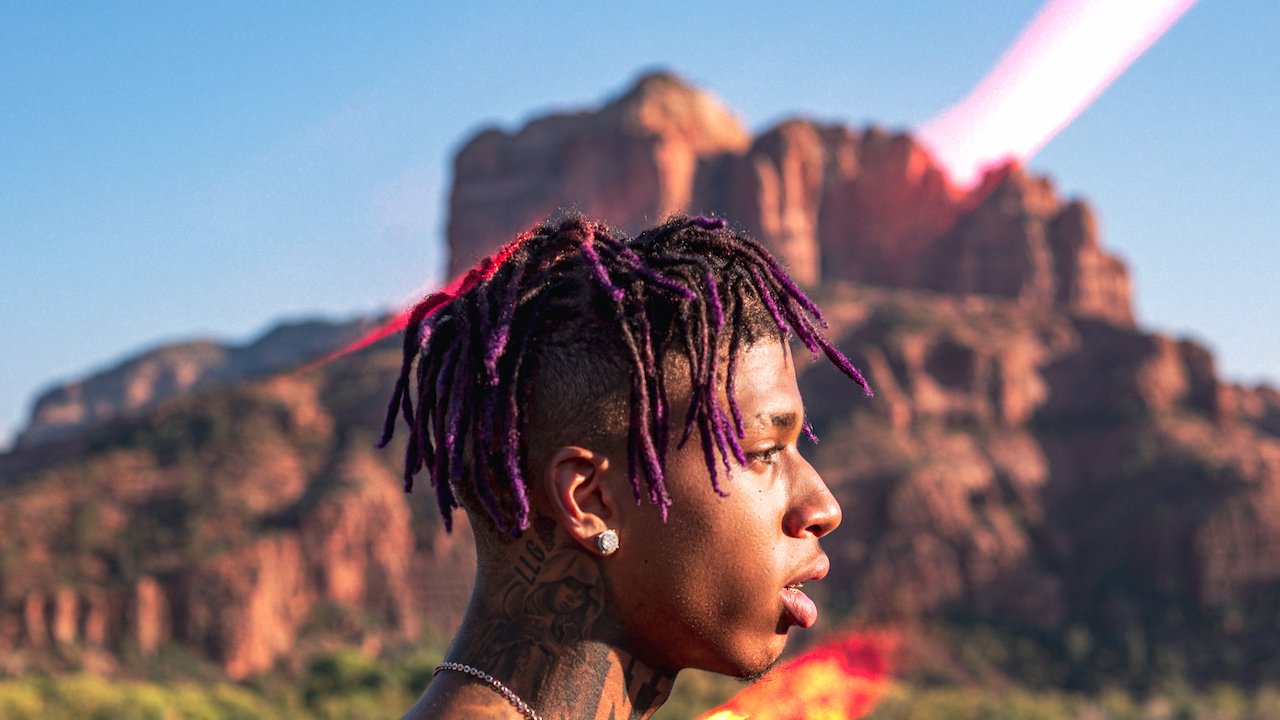 “I’m making 2021 my bitch, WATCH,” he tweeted. “Imma drop a deluxe to Top Shotta before From Dark To Light deluxe so I can give my fans the old songs they want.”

Top Shotta was released in August 2020 and was the last musical output before he switched to a more positive and spiritual message on From Dark To Light – which hasn’t been received as well. NLE believes he’s being targeted because of his new wokeness, but clearly, he’s determined to press on.