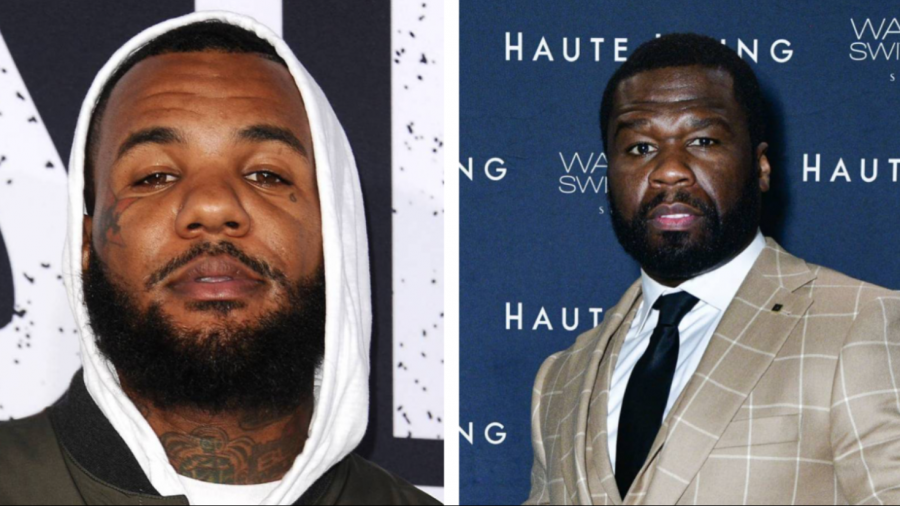 50 Cent recently revealed he was down to face his former rival The Game in a Verzuz battle. In a new interview with Power 106, the Compton-bred rapper said he’s also willing to take part in Timbaland and Swizz Beatz’s series and admitted he’s already written down 25 songs for a potential clash. For Game, 50 is the only rapper it makes sense to go up against.

“You can’t really talk about Fif and Hip Hop without somebody bring up Game, and you definitely can’t say Game without somebody saying, ‘But oh, 50 wrote all your hits. You ain’t shit without 50.'” he said. “It’s a Game and Fif, Fif and Game thing.

“And so as far as the Verzuz is concerned, that is the only person I would even entertain doing a Verzuz with, because it just makes the most sense and nobody else can really go with me. I’m not sure that we gon’ do it, but if we do, I’m definitely down to sit in a room with him and have some Le Chemin Du Roi.”

The Game revealed how Jeezy and Gucci Mane putting the past behind them for their Verzuz battle gave him hope about reconnecting with 50 Cent.

“That moment let me know that me and 50 is a possibility,” he said. “That’s what gave us hope. And I’m pretty sure 50 watched that like, ‘Yeah it’s possible.’ But me and 50 been in a room twice since we both shot at each other … Both times we had interactions we tried to figure out where it went wrong, but we were in a club twice. And you know, that wasn’t a conversation you could have in-depth in that circumstance.”

He also gave his former G-Unit comrade credit for his early albums, despite making it clear just how many of his own LPs have topped the charts.

“In 50’s defense — I’m not saying nothing about anything else he’s dropping — there’s enough on those first two albums for him to be able to do a Verzuz and have an amazing outcome with anybody in the game,” he said. “‘Cause those first two albums were so monumental, especially Get Rich or Die Tryin’. You could literally play that from start to end and that could be his Verzuz.

“But me… there’s only one artist alive that has more No. 1 Hip Hop albums than me, and that’s Drake bro. And we can run it, that is Google-able, you can ask your favorite Hip Hop critic, you can go check SoundScan or do what you gotta do bro. I got 10 No. 1 albums. I think Drake has 10 or his last effort was 11, but I mean that’s Drake, and I’m not saying that I’m better than Drake — no, Drake is amazing, he’s like the Michael Jackson of Hip Hop. There’s no writer, no artist like Drake. He different.”

The Game told Power 106 he was happy for 50 when he got a star on the Hollywood Walk of Fame in January and is a big fan of of his Power series and the overall transition he’s made from music to television.

“There’s a brotherly love in there,” he said. “Sometimes I hate that nigga, but that’s when I wake up on the wrong side of the bed and I get to thinking about what we could have manifested had we put our egos aside. But we still came out alright, 50 doing alright and my mansion still on the top of the hill in Calabasas, so we good man.”