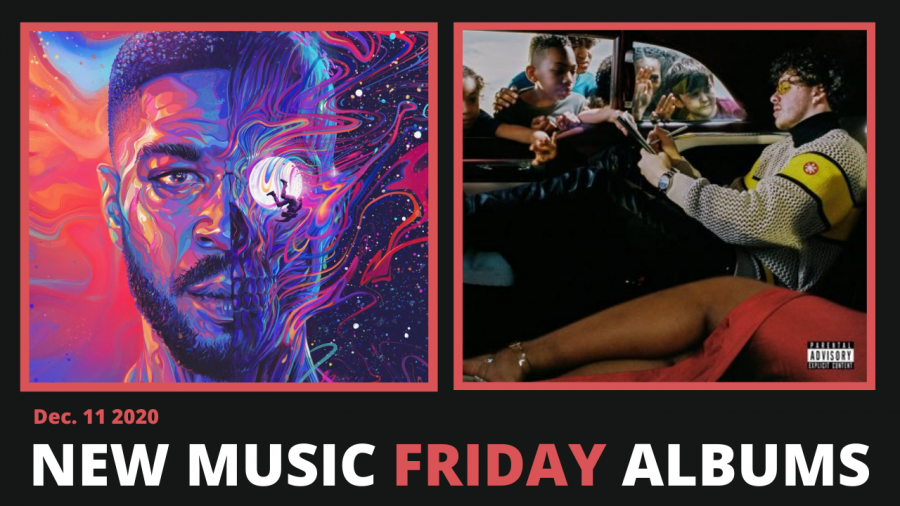 The holidays are officially underway and Hip Hop is already delivering some new releases that will keep the 2020 quarantine Christmas from giving the gift of cabin fever.

Forget Santa, Kid Cudi decided to drop an early Christmas miracle in the form of Man On The Moon III: The Chosen. Jack Harlow is ready to put his feet to the fire with his major-label debut album, while Mulatto gives her album, Queen Of Da Souf, the Beyoncé “Upgrade U” treatment with a deluxe edition.

Elsewhere, Boldy James teams up with clothing designer-turned-producer Real Bad Man for his fourth project of the year, Real Bad Boldy. Speaking of prolificacy, Kamaiyah is keeping her pen sharp with her third project of the calendar year and Lil Loaded celebrates his freedom by dropping CripTape.

Below are the new releases for Friday (December 11).

Kid Cudi – Man On The Moon III: The Chosen

With his latest release, Scott Mescudi looks to avoid suffering the sequel stigma that has levied unreachable goals for almost every rapper that dropped them. With 18 songs including features from the late Pop Smoke, Skepta and Trippie Redd, as well as production from Take A Day Trip, Dot Da Genius and Kanye West muse Mike Dean, this might be the most heavily anticipated album of the fourth quarter.

Jack Harlow – That’s What They All Say

Like the subject of his hit single, “Tyler Herro,” Jack Harlow hit all bubble up goals in 2020, stoking the flames with “What’s Poppin,” and “What’s Poppin (Remix)” which featured massive cosigns from the likes of Lil Wayne, DaBaby and Tory Lanez (with the latter cosign maybe not being as big as it was at the time). Now, Kentucky’s newest star rhymer is in show-and-prove mode with his major-label debut.

Ah, the deluxe edition. It only partially counts as a new release but as hot as “Muwop” is right now, fans get excited for anything with her name stamped on it. “Big Latto” will add 5 more songs to her rookie project, which featured the gold-selling single “Bitch from da Souf.”

Having already collaborated with The Alchemist (The Price Of Tea In China), Sterling Toles (Manager On McNichols) and Hit-Boy (The Versace Tape), the Detroit rapper could justify taking a vacation. Since there’s nowhere to go, however, the ubiquitous spitter keeps the grind going with his fourth project of the year, produced by the clothing designer that shifted to making music, Real Bad Man.

She showed out on Russ’ “Best On Earth” and now BIA is ready to level up with her new EP For Certain, which will feature her hit singles “Skate” and “Same Hands,” with Lil Durk.

Lil Loaded, who was recently charged and then released for the murder of his friend, is dropping his highly anticipated Criptape. Personal drama aside, the Southern rapper made noise this year with singles like “Gang Unit,” “6locc 6a6y” and the “6locc 6a6y remix” featuring NLE Choppa and with Criptape, Loaded could be setting himself for an even bigger year in 2021.

With her spanking new single “Still I Rise,” featuring Jackboy, and last week’s announcement of her third project, Kamaiyah put the seal on the most productive year of her career. The GRND. WRK founder is dropping 11 new tracks with the only non-Jackboy feature being Mozzy.

Fetty Wap – You Know The Vibes

For the “Trap Queen” crooner’s sake, hopefully, the vibes are similar to those of five years ago. With 14 new tracks and a feature from the always reliable Styles P, Fetty is hoping to help rekindle the inferno of the mid-10s era that he completely owned.

Though his knowledge of how vaccines work might be lacking, Pete Rock’s effortless blending of sounds never seems to fall off or even get rusty as he teams up with the Soul Brothers for his latest instrumental project.

It’s impossible to talk about this project without mentioning the real-life miracle of Jeremih, making a comeback from a severe case of COVID-19 (thank you health care workers!) Back to the music, Jeremih and Chance The Rapper dropped two new original songs to go along with their Christmas mixtapes released back in 2016 and 2017.

Late Dallas rapper and producer FXXXXY, who passed away back in September from complications with a medical procedure, drops his debut album Do You Trust Me? posthumously. Also be on the lookout for new projects from Tobe Nwigwe, Q, Hotboii and more and be sure to check out New Music Friday singles for new heaters from Benny The Butcher, Chika, H.E.R. and more.