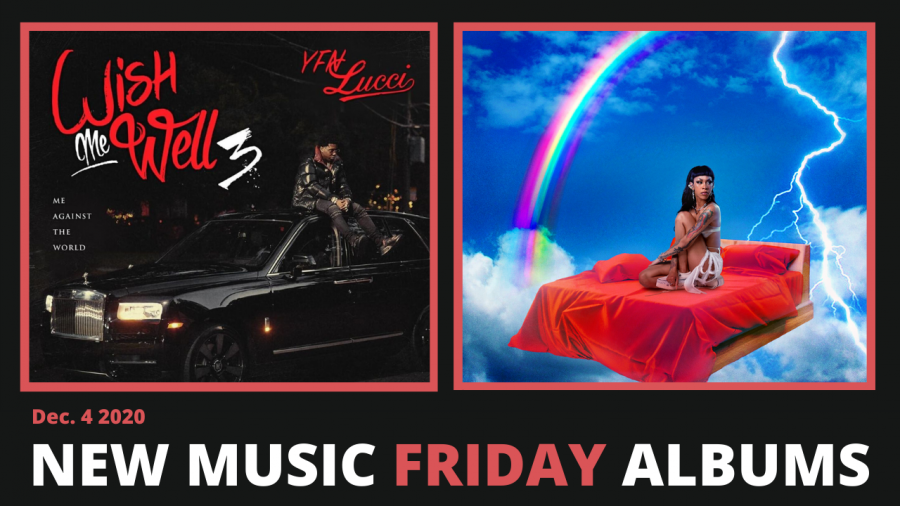 HipHopDX – Even though it’s the beginning of the end for HipHopDX’s 2020 New Music Friday coverage, the first roundup of releases for the month of December leaves hope for a strong finish to the year.

This week’s list of highlighted projects is a fortuitously diverse group of offerings initiated by the latest installment in Think Its Game artist YFN Lucci’s album trilogy, carried along by sugar-trap rapper Rico Nasty’s studio debut and a deluxe album from Portland’s Hip Hop prodigy Aminé.

Here are the biggest albums from the week ending Friday (December 4).

YFN Lucci — Wish Me Well 3: Me Against The World

Following the deluxe release of his project HIStory, Lost Pages, YFN Lucci is back yet again to fulfill his album trilogy saga with his Wish Me Well 3: Me Against The World offering. The 21-track project is ultimately a hand-to-hand exchange of lyricism between the biggest active Southern artists right now, intact with features from Jeezy, Boosie Badazz, Yo Gotti, Mulatto, JayDaYoungin and more.

Further extending the trend of deluxe albums this year is Grammy-nominated rapper Aminé with his re-booted effort on Limbo. The project has aged well; and after a strong initial top 20 appearance at No. 16 on the Billboard 200 Chart, it has racked up 50 million streams [and counting] since its release earlier this year. Look forward to the addition of seven new tracks and guest verses from Toosii and Valee.

After contributing a substantial amount of buzz to the musical renaissance currently developing in the DMV, Rico Nasty seeks to cement the first cornerstone of her legacy with her debut album Nightmare Vacation. During an interview on Zane Lowe’s Apple Music show, she discusses the origins of the album’s antithetical name.

“I feel like I’m still the same boastful b-tch that I’ve always been,” Rico Nasty explained.

“I just think the only difference now might’ve been, I had my ego shot down a little bit by quarantine and just by growing up in general. So obviously, I just think this whole project, it was made during the time where this is probably the first time in my life where I wasn’t on 10, as far as confidence. Within myself, my personal life, normally everything’s great. And making this album just started getting real tricky balancing life. That’s why I named it Nightmare Vacation because all the shit that I was scared of at one point, scared to do and scared to say, it just became my second nature.”

It’s the 15-year anniversary of T-Pain’s debut album Rappa Ternt Sanga and to celebrate his seminal body of word the Grammy Award-winning singer is sharing a collection of fan-favorite remixes from the project. Of the 18-tracks appearing on The Lost Remixes, several are rare live iterations of the Nappy Boy’s biggest hits, including a pre-recorded performance of  “Can’t Believe It,” from 2008 featuring Lil Wayne.

Yung Baby Tate — After The Rain

Arriving via Insecure creator Issa Rae’s record label Raedio is Atlanta rap starlet Yung Baby Tate’s new After The Rain EP. Championed by the colorful single “Rainbow Cadilac,” After The Rain yields features from 6LACK and Flo Milli. In a press release statement, Yung Baby Tate says her partnership with Rae for the EP is the result of divine intervention.

“Issa is a strong, hard-working, Capricorn Black woman… God is working real hard, and I’m honored to be guided by Issa,” she proclaims.

Former Juice WRLD producer DJ Scheme is delivering his compilation album Family featuring Ty Dolla $ign, Lil Yachty, Cordae, Ski Mask The Slump God and many more. Having previously earned a gold certification from the RIAA for his 2019 PRESEASON EP, the 23-year-old Palm Beach native intends to make a statement regarding his influence on South Florida Hip Hop with the 17-tracks living on his debut release. 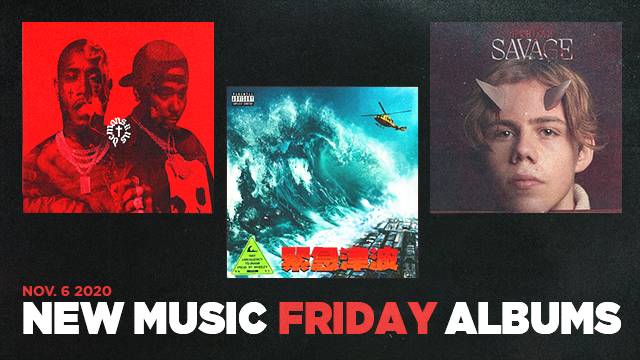 The soapy community has a fresh set of tunes to get clean and turn-up to thanks to Katy, Texas rapper TisaKorean’s new Wasteland mixtape. For the fans looking for more of the infectiously weird and swaggy magic Korean embodies on his TikTok smash “The Mop,” with Kblast and Huncho Da Rockstar, there are 14 new bops to vibe to on Wasteland. Additional features include Awful Records CEO Father and newcomer Yehme2.

Additionally, the honorable mentions for this week house a new project from Landon Cube and a pair of deluxe albums from Blxst and Justin Rarri. Make sure to check out the new singles for this week above, as well as to visit HipHopDX’s singles section for more new music daily.