Miami, FL – Tekashi 6ix9ine wasn’t worried about the COVID-19 pandemic and neither were the dozens of people at a Miami strip club where the controversial rapper allegedly got into it with boxer Gervonta Davis this weekend.

In a video clip uploaded to Akademiks’ Instagram page, 6ix9ine is rocking several diamond-encrusted chains while tossing out stacks of cash when suddenly the vibe appears to get ugly. Soon, his security guards surround him as 6ix9ine begins yelling at someone off camera and throwing money at them. As tensions seem to intensify, 6ix9ine continues throwing money around with a stern look on his face.

According to Davis, that was all because of him. In one of his Instagram Stories, the 26-year-old super featherweight claimed he was ready to engage in a little one-on-one action with 6ix9ine, writing, “SnitchK … you get hit just for being around a mf … but who am I!”

While it doesn’t look like the situation ever got physical, 6ix9ine was definitely angry but tried to ride the evening out anyway. The 24-year-old New Yorker has been a target of ridicule since he agreed to turn government witness following his November 2018 arrest for racketeering, earning the nickname “Snitch9ine” on social media.

Since then, he’s been ostracized by a large percentage of the rap community and clowned by the likes of Snoop Dogg, The Game, the late Nipsey Hussle and Jim Jones, who he famously identified as a Nine Trey Gangsta Blood during the October 2019 trial of alleged members Aljermiah “Nuke” Mack and Anthony “Harv” Ellison. 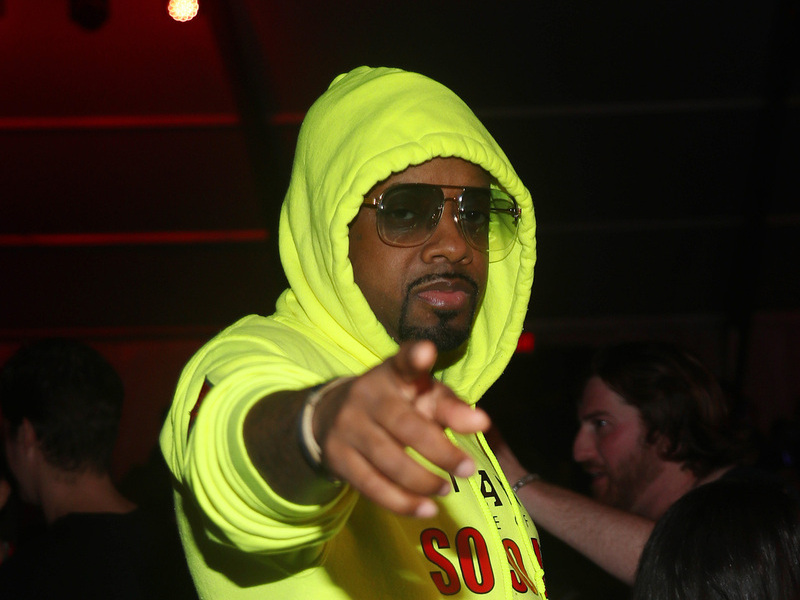 After serving nearly two years behind bars, 6ix9ine was granted a “compassionate release” from prison over COVID-19 concerns but judging by the video, he’s not too worried about contracting the virus.

Watch the shenanigans above.