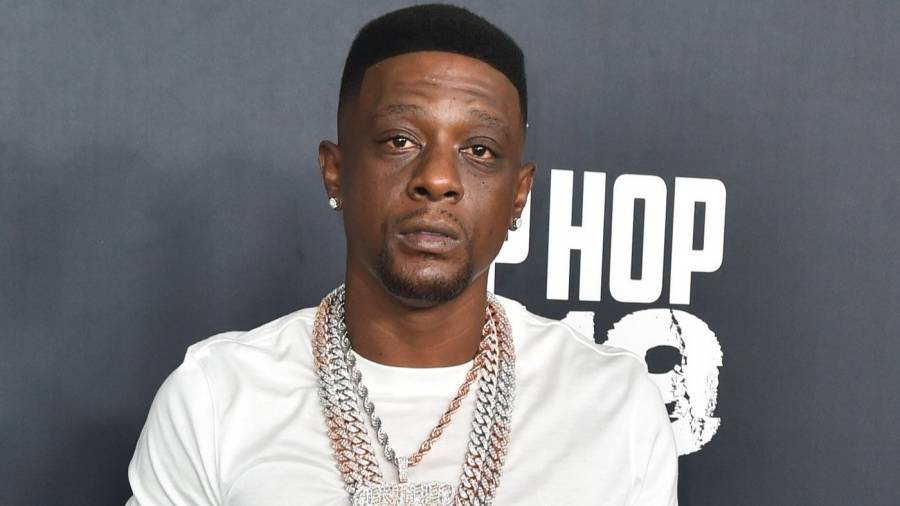 Boosie Badazz appears to be drowning in grief as he continues to mourn his friend and collaborator Mo3. The Dallas native was shot and killed while driving down I-35 in his hometown on Wednesday (November 11), but his manager initially reported he was in stable condition.

But as the minutes ticked by, investigators eventually revealed the 28-year-old rapper had indeed succumbed to his injuries. Boosie, who signed Mo3 to his BadAzz Music Syndicate and collaborated with him on the Mo3 BadAzz mixtape in February, took his sorrow to twitter on Wednesday evening.

Boosie’s latest tweet is noticeably calmer than his initial reaction to the murder. Shortly after the news of Mo3’s death broke, he erupted with expletives, writing, “Stop calling me n texting me. FUCK YOU HOES, N-GGASn FAKE ASS FAMILY ALL YALL CAN SUCK MY DICK. ALL YALL GOT A MOTIVE FUCKING WOTH ME ANYWAY. Suckadick.”

Mo3 was reportedly driving down the Dallas interstate when a man got out of his vehicle and started to approach Mo3’s car. For reasons unknown, Mo3 got out of the vehicle and began running, but the suspect pursued him while firing his gun in Mo3’s direction. One of the bullets struck him in the back of the head, which is believed to be the fatal shot.

The murder occurred only five days after King Von was shot and killed outside of an Atlanta hookah bar. While 22-year-old Timothy Leeks was charged with Von’s murder, no suspects have been apprehended in Mo3’s case as of yet.