Dr. Dre posted on social media for the first time since his divorce from Nicole Young became public fodder. On Monday (October 19), the Compton-bred mogul took to Instagram to show off a matching tattoo with his 23-year-old son Truice Young.

The design features a DNA double helix with musical notes, and appears on both of their left forearms. Dre references the meaning behind the tattoo, along with his 1995 2Pac collaboration “California Love” in the caption.

“Just got matching tattoos with my son @truiceyoung,” he wrote. “It’s in the DNA. California Love!!”

Just got matching tattoos with my son @truiceyoung. It’s in the DNA. California Love!!

Famed tattoo artist Doctor Woo, who was responsible for inking the high profile father and son, provided a closer look at the tattoos on his Instagram page.

“It’s in the DNA,” he said. “Honored to do these for @drdre and @truiceyoung.”

Dre’s broken marriage has been in the public eye since it was revealed Young filed for divorce in June. A judge denied Young’s request for $1.5 million to pay for expenses (including security) and also shot down Young’s request for $5 million in lawyer fees. Young has also claimed she owns the trademark to the Dre’s stage name and his 1992 seminal debut album The Chronic.

On October 13, it was reported Young was being investigated by the LAPD for alleged embezzlement. Dre’s business partner Larry Chatman filed a report claiming she stole $385,029 from their Record One Studio, despite being removed as a trustee and signatory on the LLC’s bank account. Notably, Dre isn’t involved in the investigation. 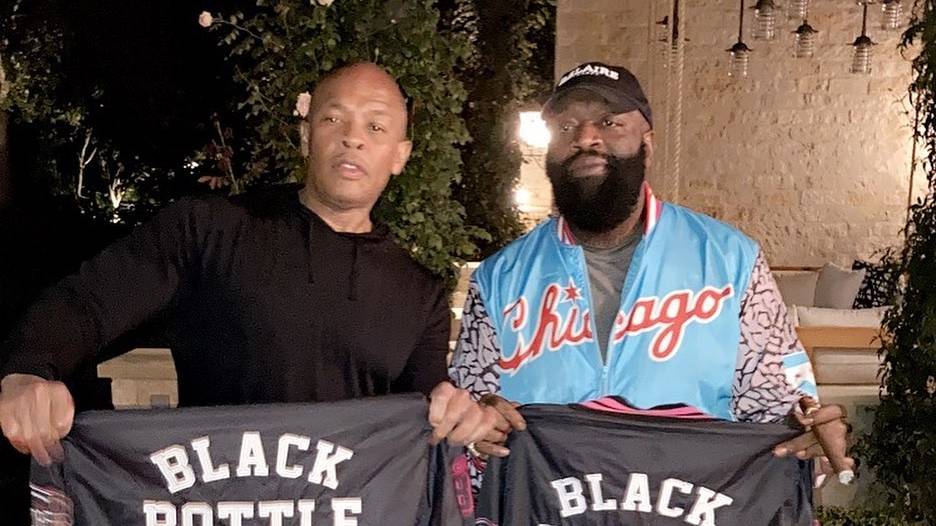 Dre and Young’s daughter Truly called out 50 Cent in September for calling her mother a “bitch,” after it was revealed she was asking for roughly $2 million a month in temporary spousal support.

“Haha… coming from an ugly, washed up, early 2000s rapper who filed for bankruptcy and is only envious of my family’s wealth and lifestyle,” the 19-year-old commented on his Instagram post. “Have fun spending the rest of your savings on steroids. Fuck you.”

50 responded with a photo of him looking at his phone, saying, “Dr. Dre’s daughter just told me to shut the fuck up. LOL.”

Oop!! #DrDre’s daughter #TrulyYoung had a few words for #50Cent and #Xzibit after they commented about her parents divorce!! 👀 (SWIPE)—(📸: @gettyimages)