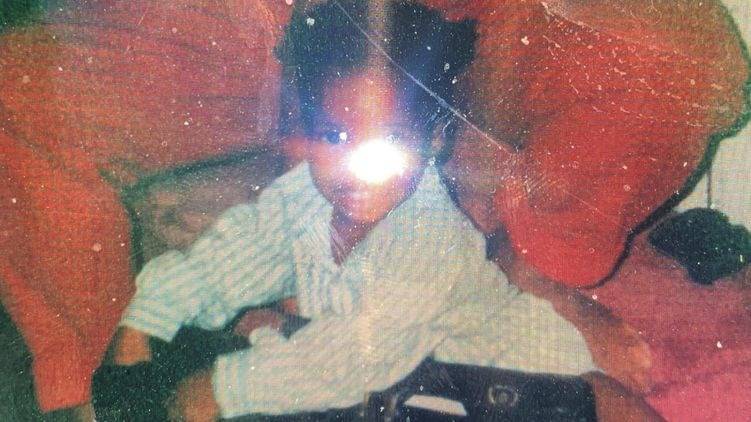 But throughout the 17-track effort, released on SoundCloud only, the embattled Canadian rapper called out numerous people for their various responses to the shooting. He also alluded numerous times to being in love with the “Hot Girl Summer” phenom and/or officially dating her at one point.

On the opening track “Money Over Fallouts,” he declares, “Don’t forget you was my bitch, I held it down and kept it real/I would never paint no fake picture of you just for some mills/And I thought that you were solid too, but look at how you doing me/Look at you doing me, people tryin’ to ruin me.”

Lanez made it painfully obvious he was on a mission to defend himself while simultaneously putting artists such as Chance The Rapper, JAY-Z, Dream Doll, Kehlani and JoJo on blast.

Here, Lanez calls out Kehlani and Kaash Paige for publicly siding with Megan despite his friendships with them, admitting it caused emotional pain.

“Hurt my heart to see them Twitter fingers come from Kehlani’s and Kaash Paige’s,” he spits. “But I flipped the switch, I’m grippin’ money at that fast pay/And don’t ask me for shit when it get real, that’s my last favor.

He also takes a dig at JAY-Z and Roc Nation, one of Megan’s labels.

“But I got like 10 million followers that’s gon’ roll with me,” he raps. “Fans that support me ’cause they know my heart/So I don’t give a damn if shorty know Jigga.”

“Sorry But I Had To”

Chance The Rapper was placed firmly in Lanez’s crosshairs on this one with, “Chance the Rapper (Mmm, mmm), too irrelevant/I replaced his line with, “My chain lookin’ Heaven-sent.”

Lil Chano was vocal with his support for Megan following the shooting, tweeting last month, “I hope Meg really gets justice for what Tory did to her. And that we can all learn from this, how near and constant and serious, the threat of lethal violence and abuse is for every Black woman.”

Elsewhere, Lanez labeled Bun B a hypocrite for making some disparaging comments about him during an Instagram Live session. He also reminded the Houston legend of his wild UGK days while firmly telling him to back off.

“We got Bun B on live sayin’ I should burn in a cage/In these times of Black lives, he sayin’ I should turn to slave/If ***** heard that, then my nigga would have a rage right now/No diss to Pimp and Bun, but you made “Big Pimpin’,” son/Pourin’ champagne on women faces while they flick they tongue/I’m too young to give you lessons, but I’d like to give you one/Please stay the fuck up out my case, I ain’t convicted, son.”

Dream Doll and Asian Doll were also met with some lightweight jabs.

“Asian Doll talkin’, but shawty, I don’t know you/I never met you, nor have I heard a song/And nor have I seen billboards/See your name in any cert or song from out your catalog/Oop, the hat is off/Behind that tatted skin, you battered with scattered scars.”

The Bronx rapper soon responded to the slight via Instagram and wrote, “You been a dub! Since you came for me the first time. Sadly you could try n diss me again this time for not having a hit yet my biggest record was exposing your corny ass til this day.

“Always coming for females but keep digging your hole Daystar Peterson you fucking lame!!! Man up and go on live pussyyyyyyy. You know the Vibes SMDDDDDDD!” She added a shrimp emoji for emphasis.

Meanwhile, pop singer JoJo — who took Lanez’s “Comeback” verse off the deluxe version of Good To Know in August — was clowned for that decision.

“JoJo, that was a bozo move,” he raps. “You tryna take me off a song that got you the most views/Got mad love for you, though, your label, they confused/They spent 50 on my feature, they fifty K in the lose right now, yeah.”

Finally, Lanez goes after a current Los Angeles Laker with, “Uh, J.R. Smith, it’s the pot that piss/And you the last cat that should talk about some shots that hit/’Cause your performance and percentage, player/Rollin’, ridin’ benches, nigga, I’m from the trenches, n-gga/You the type to buy a chick a 80-inch and still won’t get a inch up in her.”

Following Megan’s confession, Kehlani scrubbed Lanez’s entire “Can I” verse from the deluxe version of It Was Good Until I Wasn’t. On “Bittersweet,” Tory allotted several lines to express how betrayed he felt, especially when they were so close at one point.

“Kehlani hops on the news like it was somethin’ to prove,” he says. “Like me and her wasn’t cool when I been friends with you for six years/Plus, plus the crew and we can Google picture proof/Got my phone number too, you coulda called me/But you movin’ like we ain’t even crew, and you’d not rather hear my views?

“We used to phone talk late about exes and all our pools/I held your newborn in my arms, tell me how we aren’t cool/Instead, you went to Twitter Shade Room to focus on your views/You was the quickest one to take me off records and set the mood/And now you got these little garbage artists talkin’ like they takin’ me off somethin’/That’s gon’ harm me, your label paid me already, dude.”

He wasn’t done there though. He again turned his focus to JoJo for following Kehlani’s lead.

“Ayy, JoJo, I need you to take notes too,” he continues. “Don’t take me off the deluxe album that no one gives a fuck about/Take me off the original too/’Cause when I’m scrollin’ through this Spotify playlist/See me my name both in y’all top five pages/It just feels a little unsincere, hmm?/Or maybe I refuse, am I trippin’ and confused?/Y’all could have took me off the album but have still have yet to do?/Ayy, nah, maybe it’s the truth/Got the numbers and the proof/’Cause with both of y’all combined, I gave y’all 40 million views.”

The Megan Thee Stallion and Tory Lanez shooting drama has been internet fodder since it all went down — and Lanez was evidently paying attention. On “The Most High,” he takes a quick shot at The Joe Budden Podcast co-host Mal.

“I’m watchin’ Complex for the talks, nigga (Woo)/’Cause it’s an everyday struggle, fuck Mal, nigga (Nigga, fuck ’em)/I got love for ’em ’til they count me out (Uh)/Niggas mad I spun they bitches like a roundabout (Nah).”

Keeping Up With The Kardashians star Kylie Jenner was with Megan and Lanez on the night of the shooting. On the song “Queen & Slim,” Lanez confessed he had a crush on the makeup mogul, suggesting the argument with Megan could’ve had something to do with that.

“Me and Kylie still off in the pool,” he explains. “We just chillin’, kickin’ shit, was cool/Both of us didn’t know you was trippin’/Even though I got a crush on Kylie, I woulda left with you if I knew you was dippin’ for the simple reason/You invited me but I can’t act like shawty didn’t excite me/I had took a wrong turn that-night.”

Lanez clearly isn’t a fan of The Shade Room or its founder Bryce Robins either. On “Care For You,” he slams the Instagram-driven platform for profiting off Black people’s struggles.

“White people payin’ Black blogs to damage us and self-damage us on all online sites,” he says. “Shade Room, y’all ain’t hidin’, twenty million followers/To Black folk, you gotta be more positive/Even though your investor’s a white guy named Bryce Robins/Is it worth explorin’ the Black culture for the measly a hunnid thousand dollars.”