Travis Scott got too lit with fans last week (September 8) when celebrating his unprecedented McDonald’s collaboration. Scott pulled up to America’s oldest standing Golden Arches restaurant to rage with his diehards, and the city of Downey, California slapped him with a pair of tickets and fines.

According to TMZ, the citation damage isn’t too bad for the “SICKO MODE” rapper, who will have to cough up $200 in total for hosting nearly 500 people at the fast-food giant.

Scott didn’t go through the correct steps to obtain a permit to properly host a crowd of more than 200, most of which weren’t wearing masks and abiding by social distancing measures.

Travis Scott pulled up on his fans ??

Scott even hopped on Instagram Live to share the frenzy with all of his followers, which saw him signing a bunch of his rare Nike sneakers and vinyl records, as he made his way through the raucous crowd.

The official Travis Scott Meal is going to run you $6 and is available through October 4. His go-to order consists of a quarter pounder with cheese and bacon, fries and a Sprite to finish everything off. 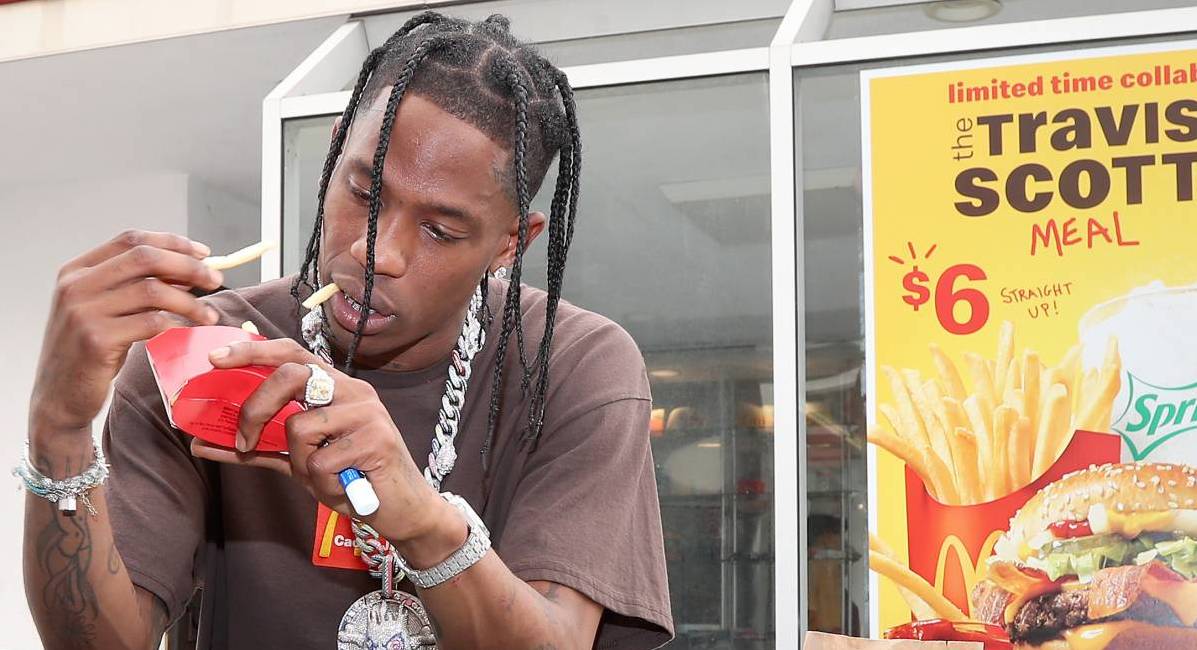 Scott also dropped off a huge merchandise run commemorating the landmark collab with McDonald’s. The collection is now sold out and fans can expect their items to ship in four to six weeks.

Downey Police did show up to the gathering, but no arrests were made at the McDonald’s on September 8.