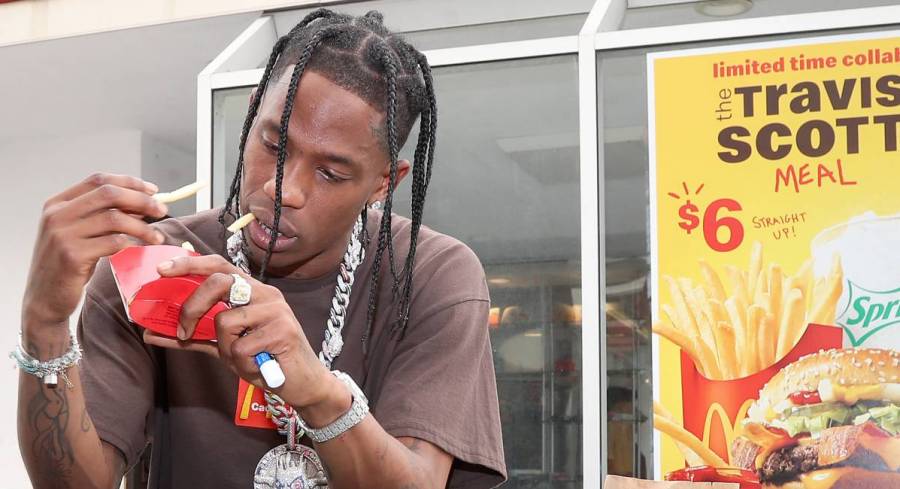 Travis Scott is loving it. In celebration of his Travis Scott Meal debuting at McDonald’s on Tuesday (September 8), the Houston native released a highly-anticipated merchandise collection to his website for his ragers to gobble up.

The capsule connects the Golden Arches with Scott’s world of Cactus Jack. A wide range of garments found in the 48-item collection include an array of graphic t-shirts, shorts, boxers, action figures, rugs, body pillows in the shape of McNuggets, a basketball jersey, ties, lunch boxes and a few hats. McDonald’s workers were even supplied with a rare limited-edition t-shirt for release day, which some have decided to resell online for hundreds of dollars.

Prices for the merchandise arriving in collaboration with the fast-food giant ranges from $25 for a pack of Styrofoam cups up to $250 for uniquely-designed personal rugs.

“I couldn’t be more excited to bring the Cactus Jack x McDonald’s collaboration to life,” Scott said in a press release. “We are bringing together two iconic worlds. Including a charitable component was key for me, and I can’t wait for people to see what we have in store.”

Scott’s tasty meal features his go-to McDonald’s order of a quarter pounder with cheese and bacon, fries and a Sprite to wash it down. All of that will only cost fans a cool $6 and be available through October 4. The landmark collab marks the first time that McDonald’s has connected with a celebrity for a campaign of this magnitude since Michael Jordan in 1992.

The 28-year-old pulled up to the oldest McDonald’s in the United States in Downey, California to rage with his fans in wake of the fast-food collaboration becoming a reality. He also hopped on Instagram Live Tuesday afternoon for the rest of the world to watch remotely and even handed out a few meals in the drive-thru window.