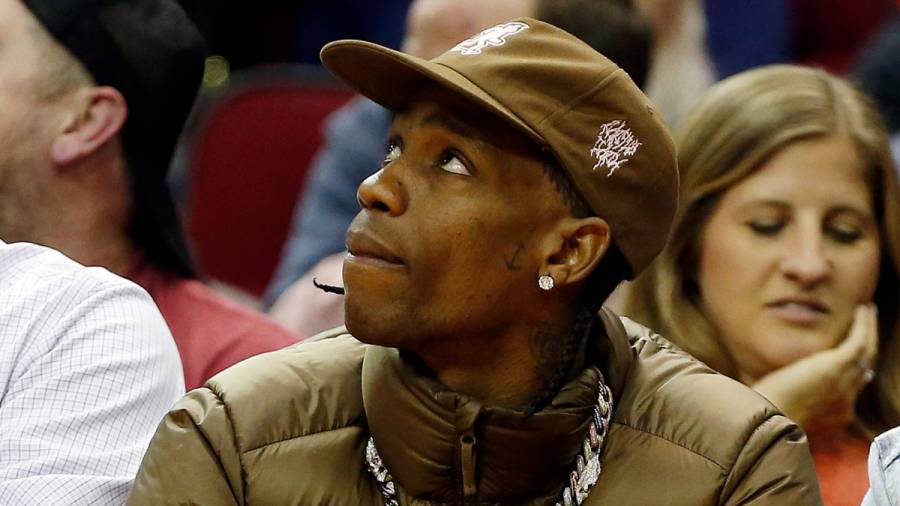 After news leaked last month of a forthcoming collaboration between Travis Scott and McDonald’s, fans now have more insight on what to expect from the partnership.

Video of the product description of a Mickey D’s ‘Travis Scott Sandwich’ made its rounds on social media on Wednesday (September 2), which consists of a Quarter Pounder burger with Applewood smoked bacon, various condiments and two slices of cheese.

Another leaked internal document shows an advertisement for the full Travis Scott meal, which will come with fries and a drink for a “straight up” $6.

News of the deal was first revealed on August 24 when Business Insider got their hands on an alleged memo from McDonald’s US chief marketing officer Morgan Flatley.

“From his impossible-to-get Nike sneaker line, to a cereal collab with General Mills that sold out in 30 seconds, to a record-setting virtual concert series inside Fortnite, Travis Scott is the definition of big in culture,” the memo read. “Beyond this, he is a true fan of McDonald’s and our craveable, iconic food. He will resonate and spark excitement with our youthful multicultural customers, and has a few surprises to delight our crew and ensure they are part of the excitement.”

Food doesn’t appear to be the only aspect of the deal, as photos of clothing featuring both La Flame’s Cactus Jack logos and the famous golden arch have also surfaced online.

A Travis Scott Mcdonald's collab is rumored to be in the works for a September release. Unfortunately, sneakers are not releasing only apparel. Marketing promotion is set to start soon. pic.twitter.com/LoWLD099P6

The partnership is expected to be officially announced some time this month.