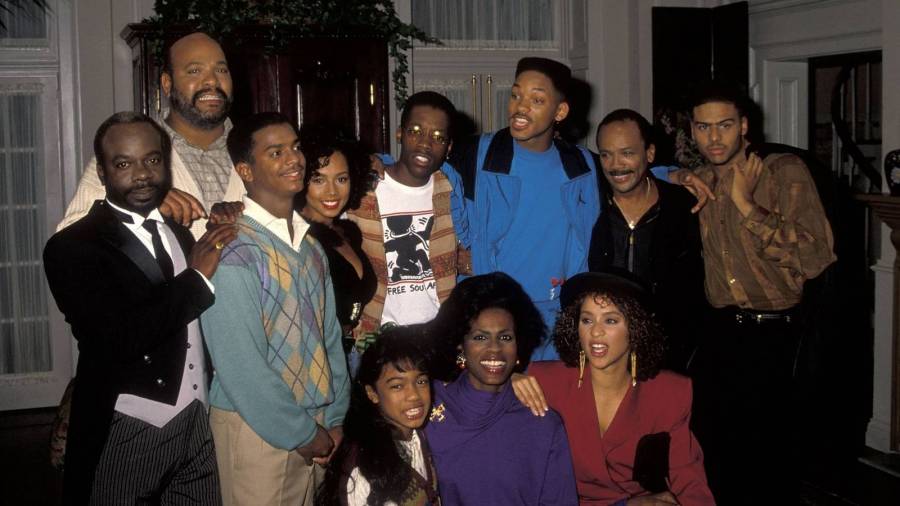 Well, it turns out 2020 isn’t all bad. As The Fresh Prince of Bel-Air turns 30, the original cast members reunited for an upcoming special on HBO Max.

To everyone’s surprise, the original Aunt Vivian — played by actress Janet Hubert — showed up on set and had what looked like a heart-to-heart with the sitcom’s namesake Will Smith.

In the second, Smith and Hubert are captured mid-sentence but appear to be laughing. Of course, the only cast member absent was the late James Avery who played Smith’s Uncle Phil.

He wrote in the caption, “Today is exactly 30 YEARS since The @FreshPrince of Bel-Air debuted! So we’re doin’ something for y’all… a for real Banks Family Reunion is comin’ soon to @HBOmax! RIP James. #FreshPrince30th.”

Today is exactly 30 YEARS since The @FreshPrince of Bel-Air debuted! So we’re doin’ something for y’all… a for real Banks Family Reunion is comin’ soon to @HBOmax! RIP James. #FreshPrince30th

Hubert has been extremely vocal about her disdain for the cast in recent years and was adamant she’d never see them again, making the reunion even more surprising. In March 2017, Hubert reamed the cast for an Instagram reunion photo, particularly Ribeiro.

“I know the media hoe Alphonso Ribero has posted his so called reunion photo,” Hubert wrote in a Facebook post. “Folks keep telling me about it. He was always the ass wipe for Will. There will never be a true reunion of the Fresh Prince. I have no interest in seeing any of these people on that kind of level.

“I am not offended in the least, by this photo… it was an event for Karen’s charity. It does however prompt me to take some meetings in Hollywood to pitch my memoir PERFECTION IS NOT A SITCOM MOM, and tell of the behind the scenes story before I leave this earth.”

Then in June 2018, she blamed Smith for her son’s suicide attempt, writing, “Dear Will…you destroyed my life with your lies…YOU win my son is in the hospital. #suicideattempt #FUCKYOUWORLD!”

Darksin Aunt Viv is still onn Facebook wylin about Will. She always has time but this is a bit much pic.twitter.com/A4G7FHbdzM

The photo of Hubert and Smith comes amid a flurry of Fresh Prince news. Earlier this week, an official merch line commemorating the beloved ’90s sitcom went up for sale and Smith announced a Fresh Prince drama reboot had been picked up for two seasons the NBCUniversal streaming service Peacock.

The HBO Max reunion special is expected to air sometime around Thanksgiving. Until then, check out the Fresh Prince update trailer below.