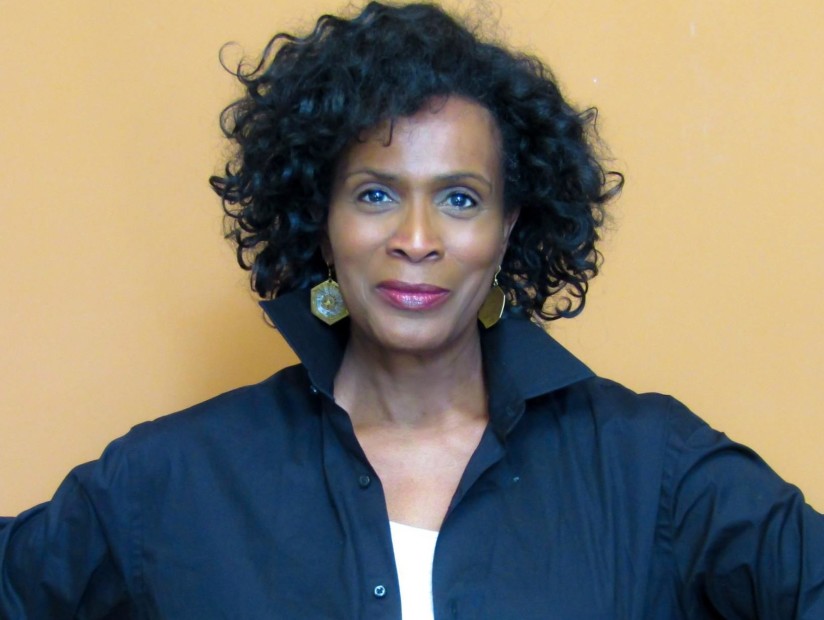 In fact, she went on the offensive and had some rather ungodly things to say about her former castmates — most notably Smith — although most of the slander fell upon Alfonso Ribeiro, who played her TV son Carlton Banks on the show.

“I know the media hoe Alphonso Ribero has posted his so called reunion photo,” Hubert wrote atop a video clip of her former character dropping 15 seconds of wisdom on her politically charged Facebook page. “Folks keep telling me about it. He was always the ass wipe for Will. There will never be a true reunion of the Fresh Prince. I have no interest in seeing any of these people on that kind of level. I am not offended in the least, by this photo… it was an event for Karen’s charity. It does however prompt me to take some meetings in Hollywood to pitch my memoir PERFECTION IS NOT A SITCOM MOM, and tell of the behind the scenes story before I leave this earth.”

Always amazing to spend an afternoon with my Fresh Prince family. Wishing that James Avery was still with us to make this complete.

During a February 2016 interview with The Real, Hubert expressed her viewpoint on how she was snubbed off the show due to her irreconcilable differences with Big Willie Style and how she’s been clamoring for vindication of the negative perception toward her character.

Smith went on to take the high road in a subsequent February 2016 interview and praised Hubert for everything the audience could see with their own two eyes.

“I think that both of the Aunt Vivs were really, really fantastic,” he told BBC Radio 1Xtra’s A.Dot when asked to stack Hubert up against her successor, Daphne Maxwell Reid. “I think when you make a show, anytime you make a change, it’s going to be excruciating and painful. I think that Janet Hubert Whitten brought a really powerful dignity to the show.”

He continued, “I think she’s brilliant. I think as an artist, there’s so many things that she does: she sings, she dances, she’s like a really powerful artist. So I loved what she brought to The Fresh Prince.”

Hubert had been vocal regarding Will and Jada Pinkett Smith’s Oscar boycott after he didn’t receive a nomination for his role in Concussion. While that melodrama may have subsided, the 61-year-old artist made it known her social media realm was No Country for Carlton.

“This was from the dumb ass Alphonso Ribero, who likes to try and be the spokesperson for the show. He is Will’s tampon…has been for a long long time,” she replied to a zealous fan who pointed out the aforementioned reunion wasn’t official because she wasn’t in it.

She then turned the spotlight back on Smith, writing, “Will hates dark skinned sisters unless they have lots of money, and straight hair. But he had a brown mamma.”

In a 2010 interview with BlackAmericaWeb, Hubert recalled how she confronted the then-much-younger Fresh Prince for telling the show’s studio audience racial jokes that also targeted females.

“I was a dark-skinned, African-American mother, and Will used to tell the you’re-so-black jokes to the audience before the show, and at one point, I came out and stopped him, and the audience went ‘Woooo,’” she stated. “He didn’t understand how unbelievably disrespectful that was to women like me… ‘Yo mama’s so black, when she looks at her shoes, she thinks she’s looking in the mirror. Ha, ha!’”

James “Uncle Phil” Avery’s death notwithstanding, it appears this reunion will never be 100 percent complete.

Check out Hubert’s Facebook post down below so you know we didn’t make any of this up.