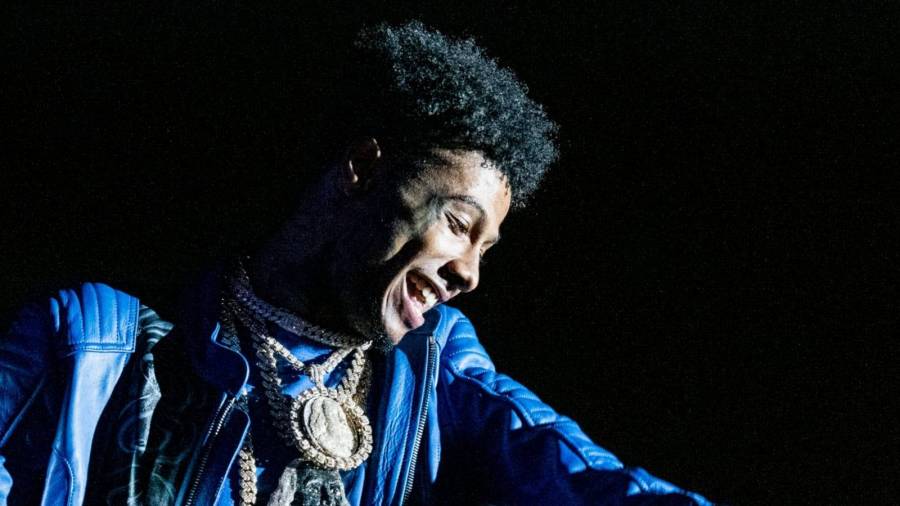 Blueface Responds To Tekashi 6ix9ine Calling Him 'A Little Boy'

Tekashi 6ix9ine is doing the press rounds after dropping his sophomore album TattleTales.

The project was originally expected to debut at No. 1 on the Billboard 200 chart, but because Billboard disqualified over 100,000 streams that were attached to bundles, 6ix9ine’s first week sales are looking more dismal. In fact, his friend Akademiks deemed it a “flop” earlier this week.

During a recent interview, 6ix9ine was asked about two of his most vocal critics — Blueface and Trippie Redd. Par for the course, the 24-year-old rapper had nothing positive to say about either of them and instead, bashed Blueface for his album sales and basically said Trippie was trash.

“First of all, Blueface does 12K,” he said. “This is like a little boy to me. Trippie’s album — we’re signed to the same label — they’re holding off his album because he doesn’t have a single and he sucks, like literally sucks. This kid sucks. What’s the last record Trippie put out?”

When the host replied “Topanga,” 6ix9ine said, “That was before I went to jail. You just gave me a record that released in 2018.”

Not long after the clip dropped, Blueface hopped in Akademiks’ comment section and reminded 6ix9ine his sales projections aren’t exactly something to brag about either.

“Dam he fell off,” he wrote. “somebody on his team kiss him on his forehead for me, tell em it will be okay. just drop a few hot singles an they’ll forget about it. all this explaining he doing looks worse just don’t tell on me.”

Of course, this isn’t the first time 6ix9ine and Blueface have exchanged words. Earlier this month, the Compton-bred rapper called 6ix9ine’s “TUTU” video “terrible” and 6ix9ine fired back back with more statistics.

#blueface says he don’t wanna listen to #6ix9ine . He said turn on some #durkio . Y’all agree or na?