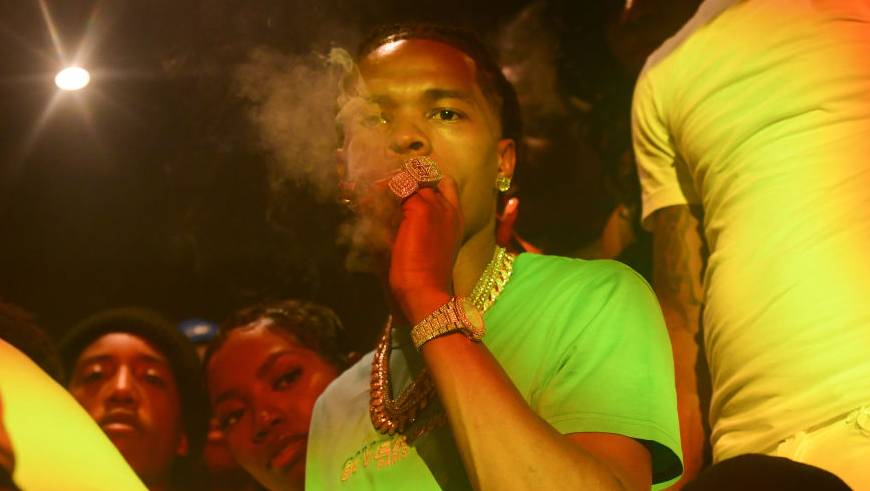 With a $100,000 price tag on guest features, Lil Baby is swimming in the dough. All the money that’s coming his way from his successful 2020 campaign has the Atlanta rapper making some expensive purchases. One of those purchases is the high-quality weed he’s smoking.

During a hazy Instagram live session, Lil Baby sheds light on how much he pays for an ounce of weed. He can be seen puffing away at his blunt and coughing up a storm before telling fans his weed is no joke and how hefty the price tag is.

Lil Baby paying for that quality ?

“This ain’t no muthafucking corona. This exotic,” Lil Baby says in between coughs. “This cough, this is exotic cough. This a $500 a zip cough.”

This isn’t the first crazy purchase Baby has been flaunting on social media. In August, the “We Paid” rapper showed off two iced-out Rolex watches he purchased for his two sons days after Ayesha Little, the mother of his child Jason, criticized him for not paying his tuition.

Lil Baby’s year has been a memorable one. His second studio album, My Turn, topped the Billboard 200 chart on two separate occasions and he’s been featured on a number of records alongside Lil Durk, DaBaby, Drake, NLE Choppa, Lil Wayne and more.