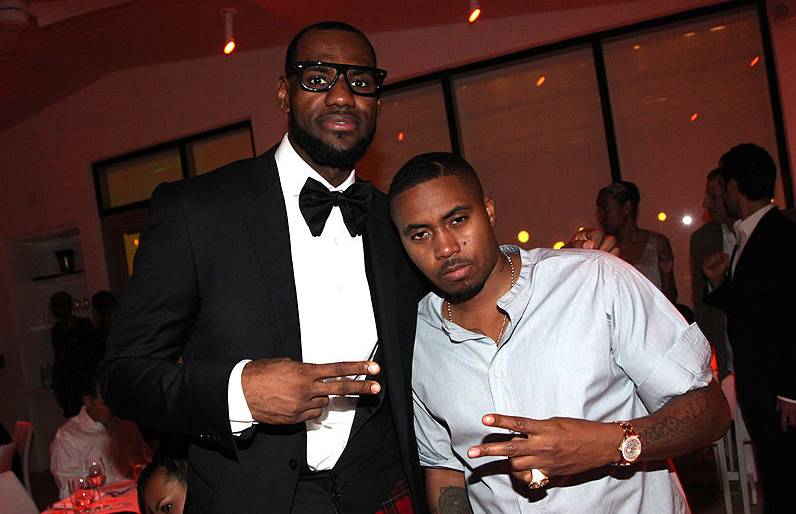 The Los Angeles Lakers tied their 2020 NBA playoff series 1-1 against the Portland Trail Blazers on Thursday (August 20) despite a measly performance from their star LeBron James. The four-time league MVP only scored 10 points during the 111-88 Game 2 blowout, a career-low in 241 career playoff games.

Meanwhile, in the realm of Hip Hop music, Nas readied his 13th studio album King’s Disease for release shortly after the basketball game concluded. Shortly after its rollout, internet sleuths did their thing and discovered Nas had name-dropped the NBA legend via the track titled … wait for it … “10 Points.”

The song references kingship in many varieties and gives James his props on the chorus with the lyrics, “King, gotta learn to let it go and move forward/King, you should learn to say no, keep all your dough in/King, Michael Jordan gives back and you didn’t know it/Like LeBron does, but it’s just seldomly shown/King, get ten points from one bird doin’ your thing.”

Nas also stated the Stillmatic track “The Flyest” spearheaded his due diligence in bestowing royalty to those who deserve it.

Although James didn’t express any excitement over his lackluster performance, he was extremely geeked for Nas’ new project in general.

“DAMN RIGHT WE ARE!!! ULTRA BLACK!!” James exclaimed in his Instagram stories upon hearing the album. “MY BROTHER @NAS DROPPED ANOTHER ONE ‘KING’S DISEASE’ ALL DAY LONG LONG VIBES YES YES YES.”

Michael Jordan gives back and you didn't know it –

but it's just seldomly showing" pic.twitter.com/TU0xByCy6v

Lol the coincidence of LeBron scoring 10 points the night Nas drops the song "10 Points" is funny as fuck to me ?? #KingsDisease

Still in awe that Nas has a new song "10 points" where he name drops Lebron, and Bron had 10 points last night…. (Inserts Wee Bey The Wire gif)

So Nas has a song called 10 Points where he mentions Lebron and Lebron scored only 10 Points last night ?? pic.twitter.com/ZRqoET2P6B

right so Nas drops a song called 10 points, in 10 points he mentions LeBron and LeBrond drops 10 points on the same night this song is dropped?????????? pic.twitter.com/ZpCzE1yhEV

Bruh I read your tweet while listening to Nas name drop Lebron on a song called 10 points ? pic.twitter.com/26UEHvqb6l