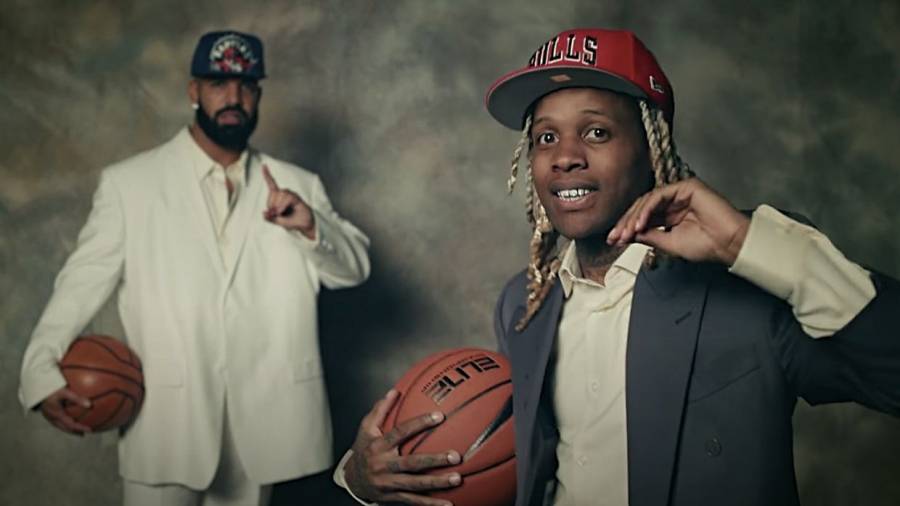 Drake and Lil Durk unleashed their “Laugh Now Cry Later” video collaboration on Friday (August 14) much to the surprise of Drake fans across the world. As they ogled the two Mercedes-Maybach 6 concept cars, fans also took note of a few lines from Durk that appear to take a shot at Tekashi 6ix9ine.

“I’m in the trenches, relax,” Durk raps on the second verse. “Can you not play that lil’ boy in the club? ‘Cause we do not listen to rats.”

Of course, 6ix9ine’s snitch (or rat) reputation is widely frowned upon in the rap community. Now that the 24-year-old rapper is off house arrest, he’s been even more conspicuous and rubbing his post-prison success in people’s faces.

Most recently, he popped up in the Los Angeles neighborhood of Crenshaw and posed in front of a Nipsey Hussle tribute mural. He quickly caught the wrath of The Game and Reason who warned him to stop the perceived disrespect.

Needless to say, 6ix9ine hasn’t exactly been welcomed back with open arms. Durk’s jab is just the latest in what will likely be a long line of disses to come. “Laugh Now Cry Later” will be included on Drake’s forthcoming sixth studio album, Certified Lover Boy.

Until that surfaces, check out a few of the reactions to Durk’s line below.

Lil Durk only said what we’ve been wanting to say out loud about Tekashi 69 for a year.

Lil Durk had to mention 6ix9ine. Tekashi gon run with this.

And Durk coming for 69 pic.twitter.com/fQKGxGeD9V