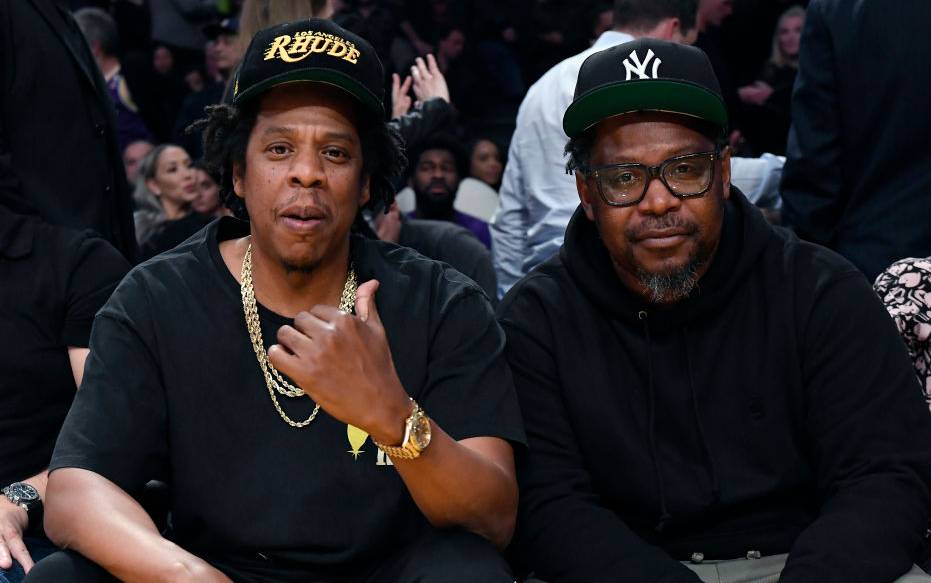 Although he owns a streaming service, not all of JAY-Z’s musical catalog can be found throughout TIDAL’s app.

On Monday (August 3), Jigga quietly unearthed a trio of his songs previously not readily available on digital service providers.

The newest of the bunch — 2012’s “Glory” — is produced by The Neptunes and was released following the birth of his eldest child, Blue Ivy (an occasion also commemorated by a “blueout” of the Empire State Building). By capturing Blue Ivy’s infantile cries on the track, she became the youngest person in history to grace any Billboard Chart.

An official music video was patched together three years later and has since amassed more than 5 million views.

The other two tracks (1998’s “From Marcy To Hollywood” and “What The Game Made Me”) predate JAY-Z’s children, marriage, and arguably, his cultural dominance. Before there was a Roc Nation anything, the Brooklynite was pushing for his Roc-A-Fella to get acceptance and was touting the rhyme talents of Memphis Bleek and Sauce Money, who are featured on both records.

Originally appearing on Ice Cube’s The Player Club original soundtrack, “From Marcy To Hollywood” touches on JAY-Z’s (then) lofty aspirations of making it big and uses the pair of day ones to convey different perspectives from the hood. “What The Game Made Me” sports the same rapping order over a bubbly beat and first appeared on Master P’s I Got The Hook-Up! original soundtrack.

Listen to “From Marcy To Hollywood” and “What The Game Made Me” below. To sign up to TIDAL for a free trial, click here.