Few have translated from rags to riches with a DIY mentality quite like Master P.

The New Orleans mogul has not only embodied the motif of a “Black Superman,” he’s passed down jewels along the way for younger generations to not only stress ownership but also individuality. From Forbes covers to playing in the NBA for a spell and changing the entire record label dynamic with No Limit in the mid-to-late 1990s, few have done it quite like P and his history backs it up.

In an hour-long sitdown with HipHopDX, P not only broke down why he feels Black ownership is an absolute must for the next generation and how he’s establishing a new line of potential generational income with Rap Snacks and his Uncle P brand as well as staying involved in the community.

“Imagine if Uncle Ben and Aunt Jemima had been around for 130 years. Imagine Uncle P, the rice, the pancake mix, the oatmeal. These are things we’re buying every day,” P said. “Red beans and rice now. White rice, brown rice, we have a 90-second instant rice. So if we wasn’t thinking outside the box and we was thinking, “Oh, I’m just an entertainer. I’m just an athlete. We don’t have time to create these business ventures.” And I said, “You know what? No. I’m a talented artist. I’m a talented basketball player. But besides that, I have to be an entrepreneur, a businessman if I want to maintain wealth.” I mean, they’ve been doing for years, why we can’t think outside the box?”

P’s connection with Nipsey Hussle has been well-documented, dating back to when the late Victory Lap artist was a teen. “Me and Janelle started a program called Urban Born, and Nipsey Hussle was one of the first kids in our program. He started in the eighth grade, so that’s how far I go from giving back. And I told him I’m like, “Man, I’m going to give you $300 if you leave these gangs alone.” He’s like, “Yeah man, okay …” And he ended up stopping for a while, but I gave him the $300, and we’ve been jammed ever since.”

He added, “You just never know who somebody is, like Nipsey Hussle. We waited so long to show after his life how great he was, and I don’t want to do that with these young people.”

P also offered insight as to what he would go back and re-do if he were still in the music business.

“I wished I knew back then the manufacturing and distribution part of the business, because that’s the real part of the business that we miss They’re going to make money forever, the people that manufacture and distribute these products,” P explained. “Because think about it. You could have some great product, but if you can’t get it manufactured and distributed then it’s like having nothing. So that’s the next step, building our own plants, creating our own foods. Doing stuff like that, the same way that I did it in the music business, I want to do it in the food, the packaged food business because I feel like we’ve never had those opportunities, to start from that level.”

He added, “At that level it’s a whole game changer. Now you’re talking a whole nother level of financial wealth, and you can put more people on, you can get more opportunities and jobs to people, and I think that’s what we need to go at.” 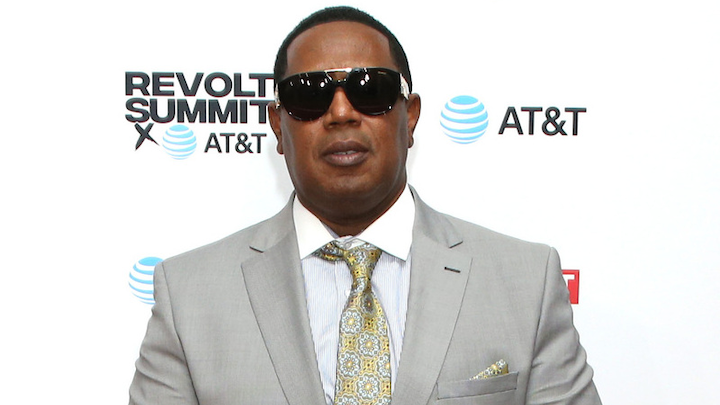 The Ghetto D mogul continued, “I have a Boss Up stock program with me and my partner James Lindsay. We created this with Rap Snacks, called Boss Up Stocks, and what we do is free. We’re not charging them but we’re giving our people free game, because we need to start getting a piece of these companies that we like. Say for instance you like something, you like a shoe company, you like a telephone company, whatever. You can invest into that, but you need to be educated how to buy stocks. How to get involved. How to deal with this. Where to build accounts to be able to pay for stocks. And start small.”

P’s eye for the music business as far as managing artists hasn’t strayed too far away, especially when it comes to talent who refuse to let the “ghetto” define them. His best examples? DaBaby and Lil Baby.

“Nobody believed in DaBaby at first until he popped,” P says of the Charlotte hitmaker. “This guy was relentless going out, putting the pamper on at [South By] Southwest. I mean, he made you know that he was for real, not just in streetwise, but for real that he wanted to make it out of the environment where he come from … Lil Baby is another one that comes from, probably that you could respect and say, “Man, this guy is going to go somewhere.”