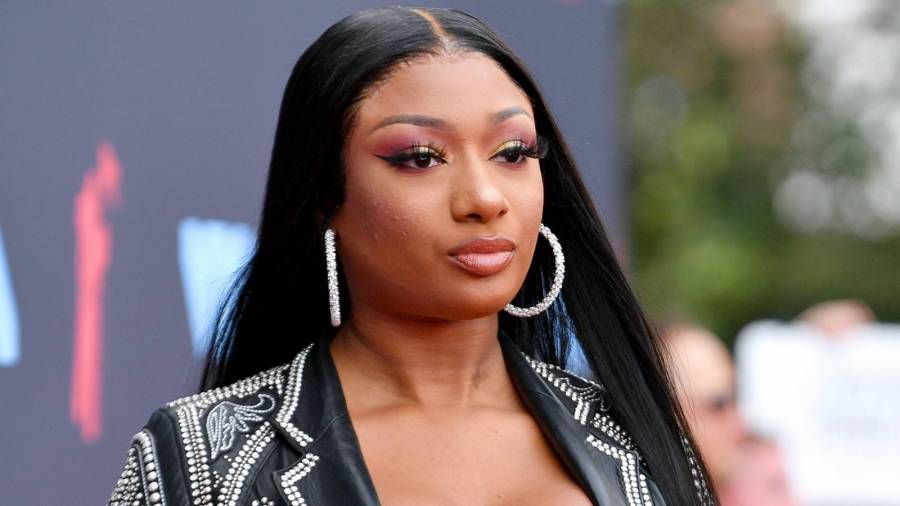 Megan Thee Stallion headed to Instagram Live on Monday (July 27) where she tearfully addressed the shooting incident involving Tory Lanez. The 300 Entertainment artist confessed she was actually shot shortly after an argument broke out at a house in the Hollywood Hills earlier this month.

Lanez was arrested for felony possession of a concealed weapon while Meg was taken to the hospital. The Los Angeles Police Department is reportedly investigating Lanez’s possible involvement in the incident. During her IG Live session, Meg thanked those who were showing their support while providing an update.

“I see a lot of people painting fake narratives and making up stories and all this other wacky shit,” she began. “But I also see a lot of people who have been very supportive and sending prayers and I just really appreciate that. I saw the Hotties doing a lot of things like writing letters on Tumblr and DM’ing me all the time and I just wanna say thank y’all so much because y’all have really been the ones that have been helping me get through this.

As tears started to flow, Megan adds, “It’s not that I was protecting anybody, I just wasn’t ready to speak. That’s no shit I immediately need to get on the internet and start talking about. And that’s a lot of y’all’s muthafuckin’ problem; you take your whole life to Instagram and Twitter and make it a fucking diary. That’s not me.

“And thank god that the bullets didn’t touch bones. They didn’t break tendons. Like I know my mama and my daddy and my grandmama had to be looking out for me with that one ’cause where the bullets hit at, they missed everything. But those muthafuckas were in there.”

Meg, who has been the butt of internet jokes for days, also addressed those making fun of her.

But the “Girls In The Hood” rapper is confident the universe will handle them.

At one point during the IG Live session, she opened up about her late mother who she lost in March 2019 to brain cancer.

“Imagine being 25 and you don’t have both of your parents,” she said. “My momma was my best friend. I’m still really not over that. So you gotta try to fill your space with a bunch of people that you think is making you happy,” which may or may not be a reference to Lanez.