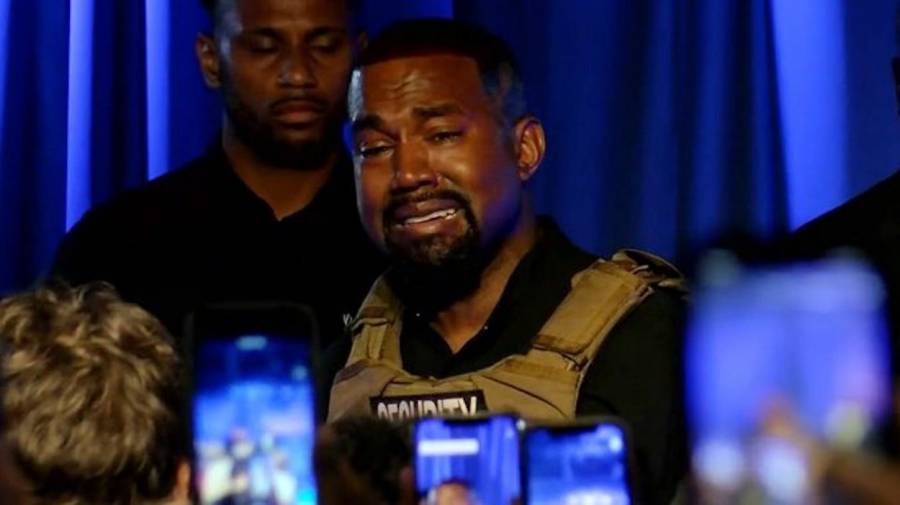 Kanye West has had a whirlwind week, but he appears to be getting back to the art – at least for now.

In a video captured by TMZ on Friday morning (July 24), Ye was spotted filming with a small group of people on his Wyoming ranch. It’s unclear what’s being shot, but the clip shows a camera focused on a woman with a yellow jacket on.

It’s possible the visual is for Kanye’s DONDA album, which he previously announced would arrive on Friday. In true Kanye form, however, nothing has materialized as of yet.

TMZ also spoke with Dr. Phil to get his opinion on the Jesus Is King rapper, as Kim Kardashian West confirmed his recent behavior is a result of a bipolar episode. According to the famed personality (who is actually not a doctor but does have a masters in psychology), containment is what’s best right now.

“People can look at the antics of someone that’s going through a manic episode of bipolar one or two and really just comment on what they’re doing and ignore the fact that this is actually a disease and it involves imbalance in the brain,” he began. “The best approach is containment and I know that’s not a great approach but once you reach 18, or in some states 21. … Once you hit the age of majority, then parents and spouses become influencers, not controllers. They can’t dictate what happens.”

He went on to give examples of bipolar people he’s dealt with, explaining the disease can cause them to put themselves in debt or in harm’s way.

“You’re not dealing with them, the person that you know, and that’s why I say containment is best,” he explained. “You try and protect them from themselves. I’ve had people when I was in private practice that would go by five or six cars in a day. Sometimes you have to follow behind them and negate that stuff so they don’t wind up in terrible debt. They take high risk behaviors where they drive erratically so you what what you try and do in containing that is you try to keep them out of cars, you try to keep them out of financial situations where they can do things that they’re exploited and the results last for years after the fact.”

He wrapped up reminding listeners Kanye is dealing with a disease and he shouldn’t be judged as “somebody being a jerk.”