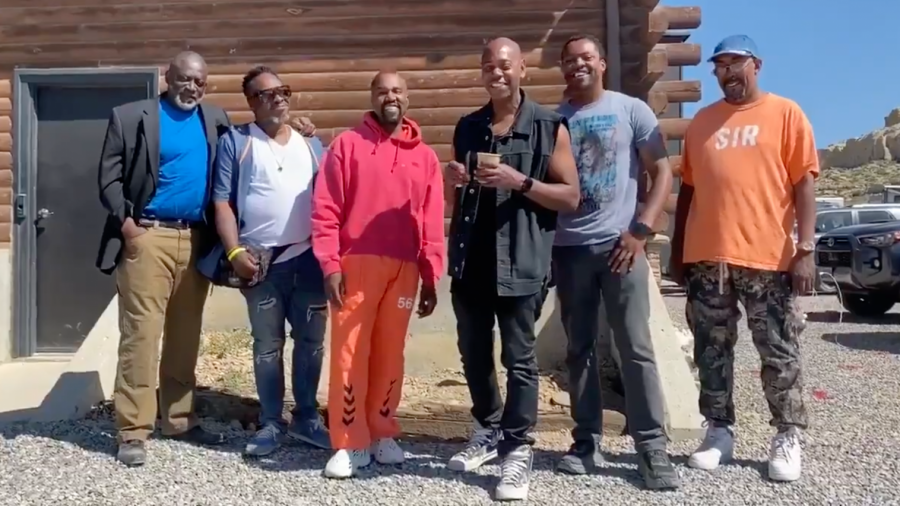 Dave Chappelle Rushes To Kanye West's Side In Wyoming

Dave Chappelle visited Kanye West at his ranch in Jackson Hole, Wyoming on Tuesday (July 21) amid concerns over his mental health. Kanye posted a video on Twitter with the stand-up comedian and longtime friend as they posed for a group photo.

“Thank you Dave for hopping on a jet to come see me doing well,” Kanye tweeted. “Dave you are a god send and a true friend. All love.”

In the clip itself, Kanye tells Dave that the world needs some joy and asks him to say something to make him smile.

Kanye laughed in response, saying, “Wait a second – I’m still not smiling bro,” before telling him to “lift our spirits.”

“An uplifting joke? You know I don’t write them,” Dave said. He continued, “Shit, I don’t know. I’m still on my first cup of coffee.”

Dave met Kanye for the first time in 2003 when he gave the rapper his first television appearance as a musical guest on Chappelle’s Show. “You could tell that he was going to be a star,” Dave told Jimmy Fallon.

In 2005, Chappelle welcomed Kanye onto the show again for a performance of his Common collaboration “The Food.” The live version of the song featuring Dave’s introduction appeared on Common’s sixth studio album, Be.

Just yesterday, Kanye posted a series of concerning tweets accusing his wife Kim Kardashian of trying to make him see a doctor.

Kanye also said that his mother-in-law and her partner Cory Gamble are forbidden to see his four children, North, Psalm, Saint and Chicago.

“Kris don’t play with me,” he said. “You and that Calmye are not allowed around my children. Y’all tried to lock me up.” 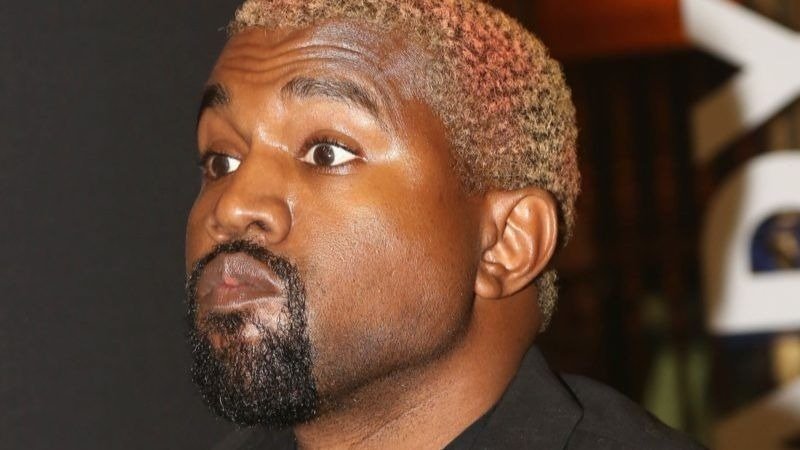 The Moment: Kanye West Calls Out The Kardashians

On Sunday (June 19), Kanye’s first campaign rally to become President of the United States took place in Charleston, South Carolina. Ye broke down into tears on the topic of abortion, screaming, “I almost killed my daughter!” after admitting that he wanted Kim to abort their first child, North.

Kanye also made headlines for his comments about abolitionist and political activist Harriet Tubman.

“Harriet Tubman never actually freed the slaves, she just had the slaves go work for other white people,” he said.