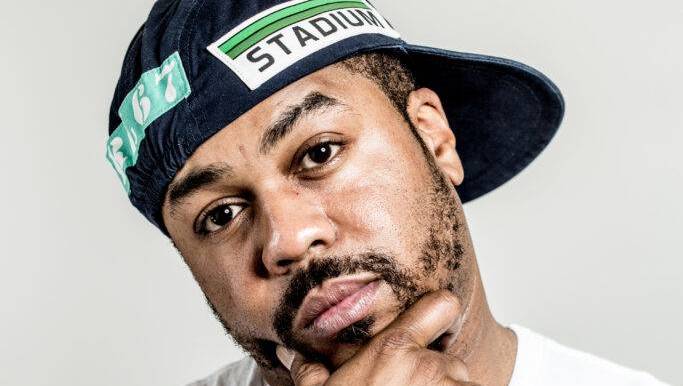 While Swizz Beatz and Timbaland’s Verzuz baby was recently certified into the mainstream with an Apple Music partnership, its essence is rooted in the purest spirit of Hip Hop competition.

And several years before Snoop Dogg and DMX managed to bedazzle the quarantined world with more than two million global impressions, Just Blaze helped construct the Verzuz stage alongside the producer they call the “Monsta.”

In February 2017, during an unassuming New York City winter night, Just Blaze and Swizz ignited Hip Hop nostalgia by engaging in a beat battle that transpired for nearly three hours and turned Busta Rhymes into an unapologetic cheerleader.

Shoot to the present day and each rap discography battle is becoming more anticipated than the next. But for a studio wizard who has lethal darts to maim the Marley Marls, Kanyes, Boi-1das — any producer of any Hip Hop generation, really — a 42-year-old Justin Smith isn’t too enthused with the linear idea of having his hits be the focal point of Instagram.

“I’m not a competitive person like that,” Just explains to HipHopDX during a recent interview. “And I know it’s not all about competition. But for example, when me and Swizz did it, it was actually for my Netflix documentary Rapture that came out a couple of years ago. We shot that as a scene for that, and then we had the idea to put it on IG Live while we were doing it. And it turned into what it turned into. And it was a great night for everybody.

“The key thing is, it wasn’t done in the spirit of competition. It was done like, let’s give people a good show, and hang out, and do something impactful.”

After sharpening his producer skills at the tail end of the 1990s, Just quickly rose to prominence through JAY-Z’s Roc-A-Fella Records, hammering out timeless classics for the roster including Kanye, Beanie Sigel, Memphis Bleek (much more on how they created arguably the hardest trap record later) and especially Hov himself. Just’s decision to let the music do the talking has always been a part of his persona and fans shouldn’t count him out of doing something special with the platform, even if it’s not virtually talking shit.

“That said, there has been conversations about me engaging in Verzuz in this current form, but we have to find a matchup that makes sense, for one,” he continues. “And for two, you look at what me and Swizz did, and how there was a good energy. If you go further back, me and The Alchemist toured off and on for two years doing this all throughout Europe. We didn’t do it too much in the States. We did it maybe once or twice in the States, but we did at least 16, 20 shows in Europe, where it was Just Blaze versus Al. And people came to see it was a battle, but then what happened was, we would have things where we would use the same sample.

A 2020 mid-year Nielsen Music and MRC report showed the Verzuz battles increases artists’ streams rather significantly. An attribute Just is taking seriously, but the curtain still needs to be raised on his terms.

“The conversations that we’ve had in regards to Verzuz, my thing was, I will do it if it’s that [Alchemist format],” Just says, reaffirming his stance. “I’m not going to do it if it’s … There are people whose focus is more with producers, whereas some of them actually wouldn’t want to go on and really try to back it. I don’t have time for that. I’m not a competitive person. It has to moving in the right energy. There were a couple of proposals or possibilities that were brought up, and I was just like, ‘No. That’s not good energy.’ I know that this person, that’s really what it’s about.

“That’s not where I’m at. It’s an ongoing conversation that has come up a few times. We just have to find the right situation. They’re on the Apple TV and whatnot, so all that. And I knew about all that. That’s all been in the works for a while. So that’s why I had slowed down for a second because they had to get that right. So stay tuned! There’ll likely be something. We have to get the match for it!”

Check back into HipHopDX shortly where Just Blaze discusses his charity work with Native Instruments and his plans to get back into the beat game.