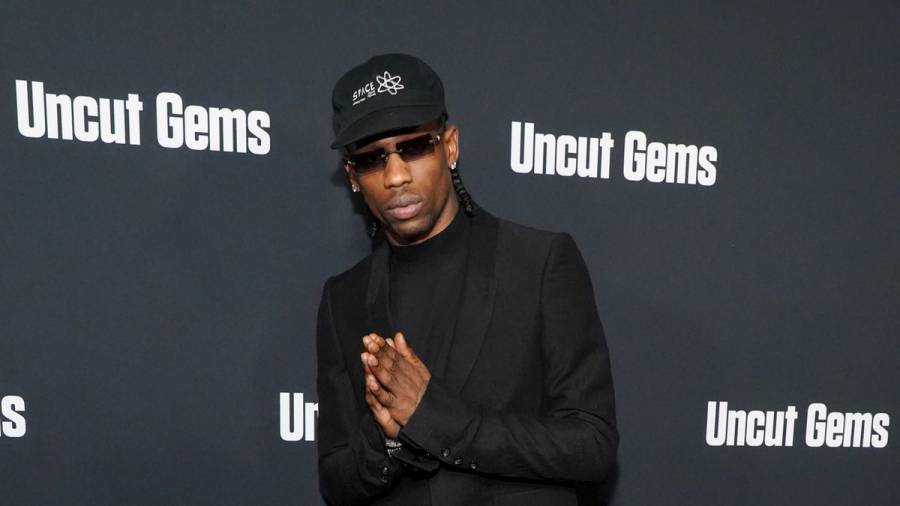 Travis Scott provided a slight correction to T-Pain’s story about him sleeping while standing in the studio. During an episode of his Apple Music show .WAV Radio, Scott clarified T-Pain’s recollection of the humorous incident on Monday (July 20).

“So I went to the stu, I think I was playing some joints,” the multi-platinum selling artist remembered. “I played some of Astroworld, like just letting him know where I was at. I think he started playing some joints. At the end of the day, I’m blasted. [Laughs] So like, man, I wasn’t sleep in the stu. I don’t know if he thought I was asleep. Bro, I was blasted. That’s the state [I was in].”

Travis Scott speaking about why he fell asleep during the studio session with T-Pain pic.twitter.com/9Wp1xlCXk1

According to T-Pain’s version of the events, Scott and the Astroworld rapper’s entire crew fell asleep while the AutoTune expert was talking.

“[Travis] just kept showing me shit and showing me shit,” he said during a Twitch livestream. “I was like, ‘You know what? This is motivating me. I’ma try to make some shit.’ I started going in about how I do production. The whole time I’m looking at my computer … Then I turned around. Everybody in the room fucking sleep. Knocked the fuck out.”

T-Pain added, “Travis is also somehow sleep standing up. Don’t know how. Can’t fucking tell you. Don’t know what the fuck happened. Bro, I was only talking for like three or four minutes.”

Following Scott’s explanation, T-Pain commented to make sure fans knew all was well between the two.

“I told y’all wasn’t no love lost,” he wrote on Twitter. “I was just tellin one of a million funny ass studio stories. Me and homie great.”

I told y’all wasn’t no love lost. I was just tellin one of a million funny ass studio stories. Me and homie great.