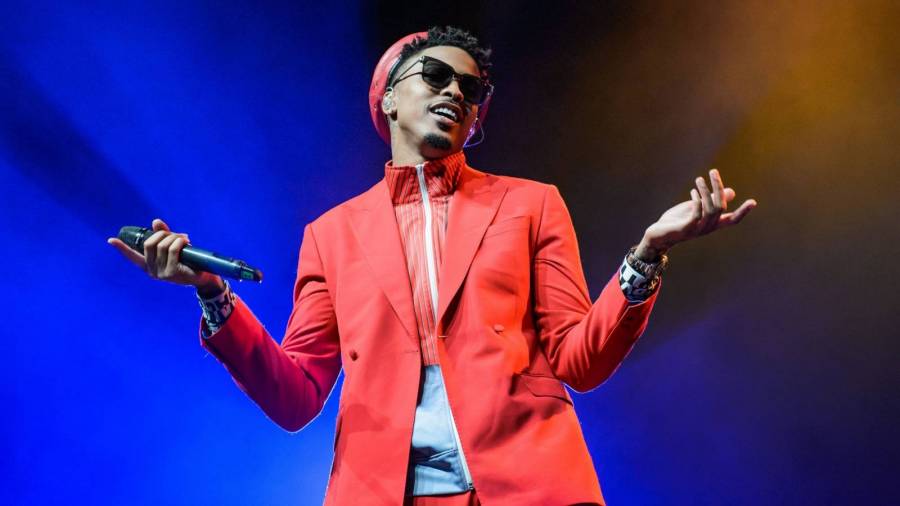 “Entanglement” is the word of the year, and August Alsina isn’t mad at it.

In an interview with Vulture published on Friday (July 17), the New Orleans singer opened up about the controversy he’s been surrounded in since revealing his former relationship with Jada Pinkett Smith. After the Red Table Talk host used the word “entanglement” to describe her relationship with Alsina, the internet has run rampant with jokes and commentary – but Alsina isn’t in on the joke.

“I don’t know why that word is such an issue,” he said. “I would agree [with Jada]. If you look up the definition of ‘entanglement,’ it is a complex and difficult relationship. It was exactly that. I think it’s just the language that probably stuck out to people. But I definitely have to agree with it being an entanglement. It definitely was something complicated, a complicated dynamic.”

Elsewhere in the interview, Alsina was asked about his journey since his 2014 debut, which ranked him alongside the likes of Chance the Rapper, Ty Dolla $ign, and even a short-lived beef with Trey Songz. Noting his path has been different from his peers, Alsina took it in stride.

“I’ve had a few stumbling blocks in my journey, but it’s not foreign to me,” he said. “That’s pretty much what my journey has been as a whole, even in my personal life. I’ve always been the underdog, and I’ve always had to work much harder than the next person just to get a look.”

Read the full interview over at Vulture.