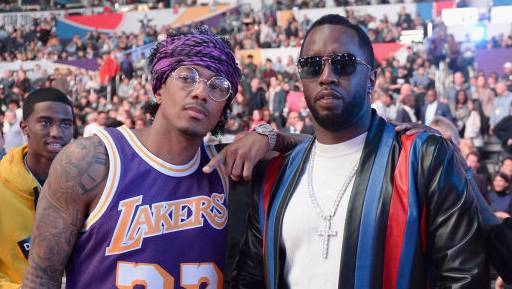 Hours after VIACOMCBS gave longtime partner Nick Cannon the pink slip for a disastrous interview that will forever be labeled as anti-Semitic, Diddy stepped in with a black-owned solution.

“@NickCannon come home to @REVOLTTVtruly BLACK OWNED!!!” Diddy tweeted with a Black fist and heart emoji on Wednesday (July 15). We got your back and love you and what you have done for the culture. We are for our people first!!! For us! By US! Let’s go!!!”

.@NickCannon come home to @REVOLTTV truly BLACK OWNED!!! ✊🏿❤️ We got your back and love you and what you have done for the culture. We are for our people first!!! For us! By US! Let's go!!!

Cannon’s ViacomCBS departure put an end to a 15-year relationship and was spurned by the June 30 airing of his Cannon’s Class podcast where he sat opposite former Public Enemy member Professor Griff.

“It’s never hate speech, you can’t be anti-Semitic when we are the Semitic people,” Cannon claimed in the now-viral clip. “When we are the same people who they want to be. That’s our birthright. We are the true Hebrews.”

It was his ensuing rambling that would be the nail in his CBS coffin, however.

Although Cannon, 39, issued a lengthy apology as his name lit up social media worldwide on Tuesday (July 14), the network specified they terminated his contract “to combat hate of all kinds.”

Although Diddy’s offer sounds like it may be par for the course for Cannon’s mission to be an “advocate for people’s voices,” the merger may encounter its fair share of hurdles. Following his firing, Cannon accused Viacom of mistreating, robbing and underpaying Black talent all the while clamoring for full ownership of his Wild ‘N Out brand.

On the popularity front, his apology may need a bit more life support. Staunch Jewish rapper Kosha Dillz recently called bull to HipHopDX regarding the media maven’s choice of words.

“Nick is using the positive fuel of the current civil rights movement for justice to end police brutality and combining it with hateful rhetoric from Farrakhan — who calls Jews termites and Satan — to create baseless statements of ‘Jews having too much power’ and ‘controlling the banks,'” he explained.

Nonetheless, Cannon has vowed to own up to his moment of shame.

“Until then, I hold myself accountable for this moment and take full responsibility because My intentions are only to show that as a beautiful human species we have way more commonalities than differences,” the tail end of his apology read. “So let’s embrace those as well as each other. We All Family!”