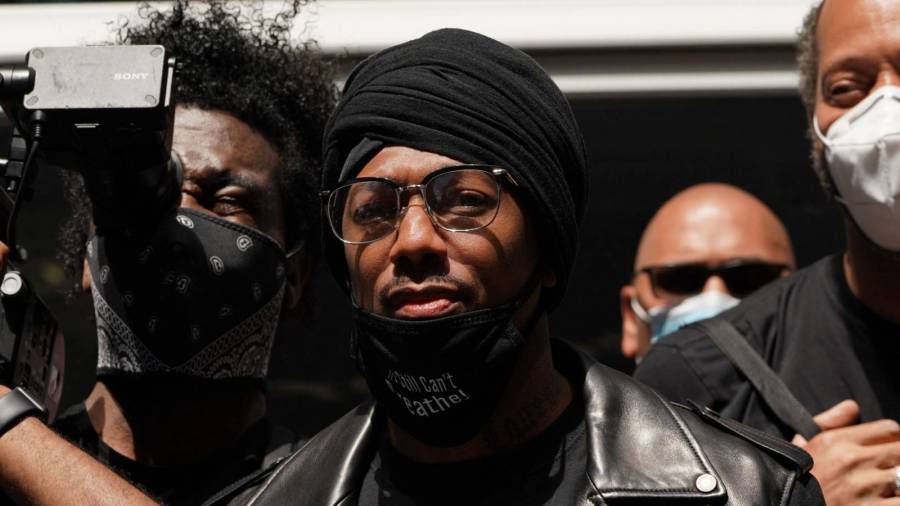 Nick Cannon is fighting back after ViacomCBS fired him for his perceived anti-Semitic comments during an episode of his Cannon’s Class YouTube show. In a nearly 1,500 word Facebook diatribe, the television personality expressed how the company’s decision has affected him.

“I am deeply saddened in a moment so close to reconciliation that the powers that be, misused an important moment for us to all grow closer together and learn more about one another,” he wrote early Wednesday morning (July 15). “Instead the moment was stolen and highjacked to make an example of an outspoken black man. I will not be bullied, silenced, or continuously oppressed by any organization, group, or corporation. I am disappointed that Viacom does not understand or respect the power of the black community.”

Cannon went on to say he was a member of the Viacom “family” for over 20 years and reminded people he created Wild ‘N Out — a “billion dollar brand.” He accused Viacom of swindling him out of ownership and claimed they had a long history of unfair practices.

“For Viacom to be so deceptive is no surprise,” he continued. “They have been mistreating and robbing our community for years, underpaying talent on their biggest brands like Love & Hip Hop, all of BET programming and of course, Wild ‘N Out.”

In the company’s official statement, ViacomCBS said Cannon never offered an apology, which he disputed.

“Still, I honestly can’t believe that Viacom has such poor council that would allow them to make such a divisive decision in the midst of protests and civil uprising within our current pandemic,” he said. “Truly an unwise decision. For them to take it one step further and flat out lie in their official press release, saying that I didn’t attempt to reconcile the situation when on two separate occasions I specifically acknowledged and openly requested a forum to be corrected.”

He also addressed the Jewish community directly and made it clear he didn’t intend to offend anyone. He also vowed to take action in repairing the damage he’s done.

“I must apologize to my Jewish Brothers and Sisters for putting them in such a painful position, which was never my intention, but I know this whole situation has hurt many people and together we will make it right,” he said. “I have dedicated my daily efforts to continuing conversations to bring the Jewish Community and the African American community closer together, embracing our differences and sharing our commonalities.”

Finally, Cannon laid out his conditions and insisted Wild ‘N Out should continue being under his watch.

“I demand full ownership of my billion dollar ‘Wild ‘N Out’ brand that I created, and they will continue to misuse and destroy without my leadership!” concluded. “I demand that the hate and back door bullying cease and while we are at it, now that the truth is out, I demand the Apology!”

Ownership is the Only way…

Cannon’s inflammatory comments arrived during an interview with Professor Griff of Public Enemy fame who was fired from the pioneering Hip Hop group in 1989 for his own anti-Semitic comments.

“It’s never hate speech, you can’t be anti-Semitic when we are the Semitic people,” Cannon told Griff. “When we are the same people who they want to be. That’s our birthright. We are the true Hebrews.”