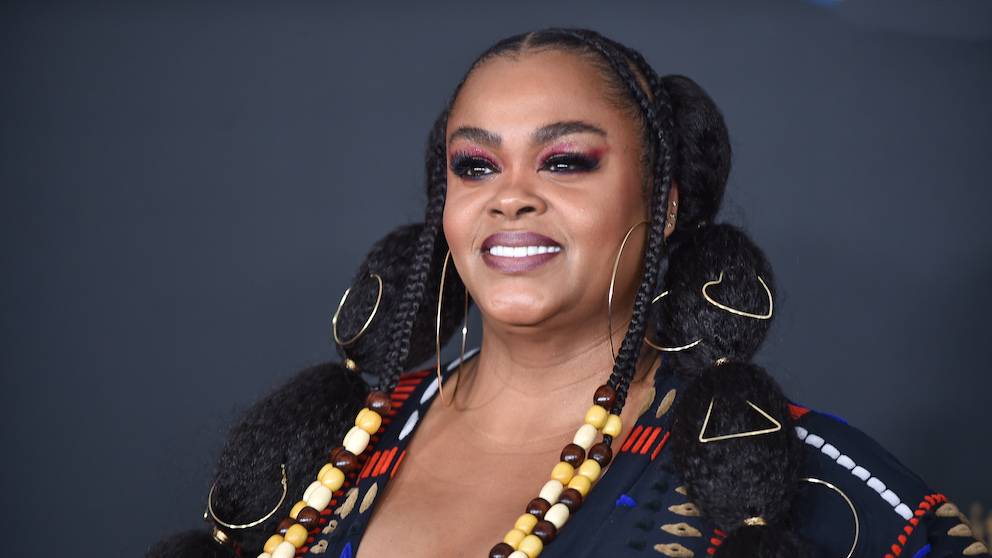 A lesson for everyone – don’t come for Jill Scott.

After former NFL linebacker Kyle Queiro questioned how people found the Philly singer attractive, social media not only came out in defense of Scott but some of her peers too. Loudest of them was Toronto’s Tory Lanez who delivered the most succinct argument against any Scott slander.

Tory wasn’t alone in his sentiments regarding Scott’s beauty. Thousands jumped to echo those thoughts including artists like K. Michelle and Questlove of The Roots.

“Jill Scott is the sexiest human EVER. Sue Me,” Quest wrote.

K. Michelle added, “Jill Scott is literally one of the sexiest singers of my time. I hate brain dead jocks.”

Jill Scott is the sexiest human EVER. Sue Me.

Jill Scott is literally one of the sexiest singers of my time. I hate dead brain jocks

The situation kicked off when Queiro posted in a since-deleted tweet, “People are attracted to JILL SCOTT?!”

He added that “by no means is she ugly. But y’all really sexually aroused by her?” He drew the conclusion that it was “an energy thing” when it came to the “Crown Royal” singer but not before the wrath of social media came for him.

He later apologized after deleting the tweets, saying, “I tried to explain my tweet after realizing how poorly it was sworded and conveyed. I didn’t grow up on Jill Scott so it was news to me that was a sex symbol, and I just tweeted. Stupidly. It was best just delete it & take my L.”

Queiro has since made his page private.

Scott’s legion of fandom has only grown in 2020. Her Veruz Instagram Live “battle” with Erykah Badu still remains the platform’s most viewed battle to date. Both iconic singers’ streams grew from the battle greater than any of their Verzuz counterparts.

According to Nielsen Music / MRC Data, the two’s May 9 battle drew the largest increase in streams at 217 percent. By comparison, the next highest was Beenie Man and Bounty Killer from their May 24 battle at 216 percent followed by Babyface and Teddy Riley at 90 percent and Ludacris and Nelly at 30 percent.

See how Twitter came for Queiro and his remark towards Jill down below.

These build-a-bear Kardashian look-alike zombies that young men of this gen lust for have confused them into believing all other REAL women not cut from the same plastic surgery cloth aren't sexy. Y'all are lost AF. Jill Scott is the definition of sexy. Body, mind & soul. Period.

3. Dont fuck with Jill Scott who is from Philly #JillScott pic.twitter.com/SGZWU1eiTj

Nigga asked if people attracted to Jill Scott. Did you see what she did to that mf microphone? pic.twitter.com/niHysNXyeU

Told my husband why Jill Scott is trending and we've now pre-established a dual hall pass for whoever meets her first. ?

Me coming to defend Jill Scott from Kyle Queiro but realizing twitter got it on lock. pic.twitter.com/PHUb72l7vk

There will be no fucking Jill Scott slander!!! EVER pic.twitter.com/Coedu8Jkov

Everyone is attracted to Jill Scott. Everyone. Her appeal exceeds sexuality.

Jill Scott is universally fine.. like she is fine to everyone..so im really confused..?

Most people had to Google you. No one Googled Jill Scott. Bet that. pic.twitter.com/UbnEnDRc3b

Jill Scott is a lot of things.. unattractive ain’t never been one killa. Now… she may not be your bag. And that’s fine. But to act shocked that someone is attracted to is fucking foolish. Stop it Buddy

Put his whole ass foot in his mouth. Yes, many people are attracted to Jill Scott. No, it’s not just an energy thing. Jilly from Philly is just fine as hell. I’m offended by this level of ignorance. That is all. pic.twitter.com/0bYvMc2hI5

I can’t believe Jill Scott is trending cause some loser questioned other ppls attraction to her. Make it make sense. Jill Scott is beautiful as fuck! And I heard she a lil freak a leek! She’d probably have you niggas screaming “DADDY”… plssss ok

Jill Scott is a beauty beauty. That woman looks like the sun so I know denying her attractiveness is ridiculous pic.twitter.com/hDrsUgDHRi