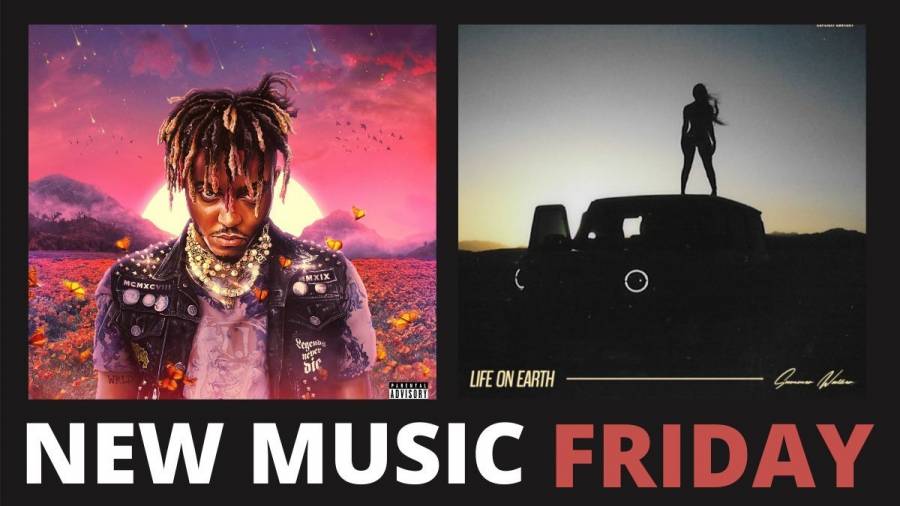 The second New Music Friday of July 2020 is highlighted by another posthumous album following last week’s release of Pop Smoke’s Shoot For The Stars, Aim For The Moon. The late Juice Wrld’s Legends Never Die is a bittersweet project, reminding fans of his talent after losing him in 2019.

Beyond the melancholy, Summer Walker steps back into the spotlight with a new EP. Also, Boldy James and Alchemist bolster their critically acclaimed album The Price Of Tea In China with a deluxe edition.

Juice Wrld established himself as one of Hip Hop’s new stars, but his life was cut short due to an accidental overdose in December 2019. Although he’s gone, his first posthumous album Legends Never Die gives fans at least one more opportunity to hear from him and appreciate what he brought to music.

Summer Walker has returned with a new EP titled Life On Earth. After establishing herself as one of R&B’s top artists with last year’s Over It album, the platinum-selling singer aims to maintain her momentum with a five-track set featuring collaborations with PARTYNEXTDOOR and NO1-NOAH.

The Price Of Tea In China is already one of HipHopDX’s Best Hip Hop Albums of 2020, yet Boldy James and Alchemist aren’t done with it. The duo has joined in Hip Hop’s deluxe edition craze by releasing an expanded version of the LP, adding six songs to the already stellar project.

Atlanta’s UnoTheActivist has reached a major milestone in his career with the release of his debut album 8. Uno says the LP, which features Ty Dolla $ign and Calboy, represents his infinite legacy.

After teaming up with Chuuwee and Sahtyre on projects over the past year, Trizz changes gears with a new solo effort titled Black Suburban Music. The West Coast rapper enlists the help of Cali rap veterans Brotha Lynch Hung, Kokane, X-Raided and Knoc-turn’al on the 13-track LP.