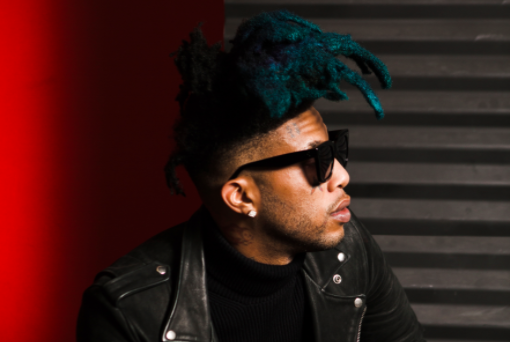 Atlanta, GA – TM88 has an extensive catalog, and he isn’t letting up any time soon. We caught up with the Atlanta producer to talk about everything from working with Drake, to starting his own label, and the difference between working with male vs. female artists. In the exclusive conversation, he also reveals some of the rappers he has unreleased heat with.

When asked if he has anything in the works with any female rappers, TM88 reveals, “I’m definitely trying to work with Doja Cat. I’ve been sending her beats, so I hope we get something. I want to work with Megan Thee Stallion. I do have a Nicki record with Juice Wrld. I don’t know if she dropping it, or it’s his label dropping it. Because I had the record first when he was still here. Because I think me and Juice Wrld did like seven songs, eight songs and that was one of them. And I think Juice Wrld had Nicki hop on it, and I don’t know who was going to drop it from there. But I would love to work with some more female artists. Female artists going crazy right now.”

He continues, mentioning that the creative process is different with women, describing, “When a female artist’s working on a project, you got to catch them because they already be having their beats. With all the dudes, it’s like they’re trying to keep rapping and keep rapping. Like, I think the girls be knowing what they really want to drop, and they don’t care what nobody think. They drop it.”

TM88 goes on to list a few artists he’s been locked in with, disclosing that he’s been working with Roddy Ricch, while also sending beats to Meek Mill and Drake.

TM88 also speaks on his ownership ventures, describing his Crash Dummy production, “I just started signing producers probably a year and a half ago. So, I think I got like three, four producers right now. One of my new producers just went gold with the YoungBoy [NBA] album. I think it’s about to go platinum. My other producer is Grammy-nominated. I just got Grammy-nominated again, so that makes two times. So all my records have been coming out through Crash Dummy. A lot of people don’t know that.

I felt like it was a time for me to give—I understand that we have 808 Mafia, but I wanted to start something new and fresh, and give other producers an opportunity to try to reach their dreams, and help their family out. So far it’s working.”

He notes that his production label differs from other similar groups in the industry, saying, “My work alone has changed the sound of music and everyone signed to me is gonna be on the same accord, pushing boundaries and bringing what’s next in music across genres, not just rap/trap—which we have already made history in.”