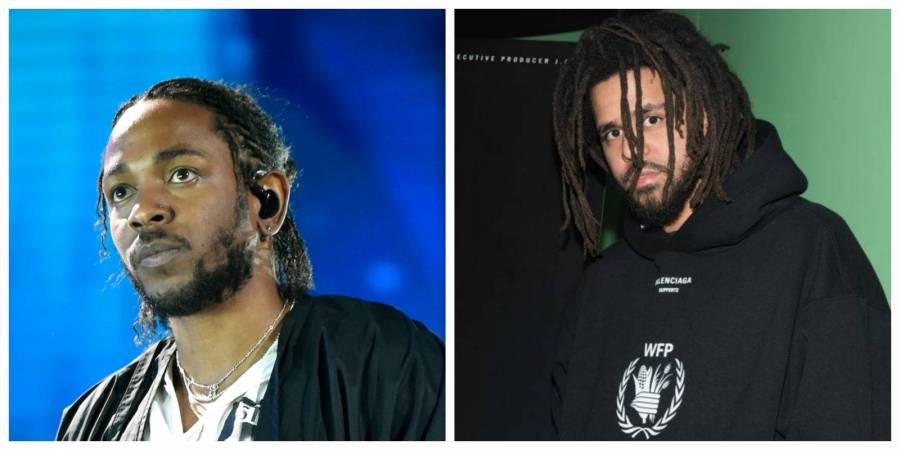 The last 24 hours have been dramatic to say the least. From Lecrae getting dragged for nodding along to a white pastor’s “blessing of slavery” comments to Eminem impersonator Chris D’Elia being accused of being a “pedophile” to J. Cole’s controversial “Snow On Tha Bluff” single, the Hip Hop community has had several topics to dissect on Twitter — including Cole and Kendrick Lamar.

On Wednesday (June 17) — which happens to be K. Dot’s birthday — both MCs became trending topics as Twitter attempted to cancel them for their perceived silence on the Black Lives Matter movement.

With the catalyst clearly being “Snow On Tha Bluff” and Cole’s alleged Noname “diss,” people were enraged their “favorite rappers” weren’t using their platforms to speak up against racism and police brutality.

So for anyone who’s confused as to why J. Cole is getting backlash;

Rapper Noname tweeted this criticizing Cole & Kendrick for not speaking up after the George Floyd situation. Cole responded on this new track defending himself, and now people are mad at him for it.. pic.twitter.com/vOErHzy5y0

But it isn’t working.

A cascade of tweets have poured in vehemently defending Cole and Kendrick. Many point out the hypocrisy of criticizing two artists who have historically used their music to highlight racial injustice and the plight of Black people across the globe — especially when they’ve been joining the protests in their respective cities.

Cole participated in one in Fayetteville, North Carolina in May, while Kendrick was spotted at a George Floyd protest in Compton earlier this month.

Meanwhile, others are adamant Cole is nothing close to a “misogynist” and was simply speaking his truth.

J Cole and Kendrick have been with the cause forever but y’all mad cause they don’t tweet pic.twitter.com/EqsxbuZ0OW

Last week Dave Chappelle said 'no one wants to hear from celebrities, the streets got this'. Everyone agreed. Now yall mad at Cole and Kendrick for not Tweeting when they been seen at protests? pic.twitter.com/elYc9v939z

Yall called jcole and kendrick boring for years because they music BEEN about the black struggle. Now all of a sudden everybody “woke” and these niggas aint doin enough. But when other artist say “shake that ass bitch and twerk hoe” mfs cool wit dat.

Wait mfs was tryna cancel Cole and Kendrick earlier for not tweeting when they were literally at protest????? pic.twitter.com/y1VJncy1it

J Cole and Kendrick literally hit the streets to join protesters amid of a pandemic, but women are angry they didnt tweet about BLM?are you really mad at a tweet or you need a ways to get successful men canceled. Theres an ongoing assault on men rather than the actual problems.

Lol people on the TL saying that we are cancelling J Cole and Kendrick Lamar. We?? I hope they’re speaking French because I’m not involved pic.twitter.com/Suq1sGyTGE

J.Cole is a misogynist?? What's next? Kendrick Lamar is a racist? Smh ??

Y'all cancelling J Cole and Kendrick cause they didn't tweet #BLM ? They whole goddamn discography is them talking about the black struggle! Stop thinking Social media is real life! GOOFBALLS! pic.twitter.com/Q7zwimqqhY

When niggas really said “we” cancelling J. Cole and Kendrick Lamar for not tweeting about #BLM pic.twitter.com/x5zVXk6cOZ

J Cole and Kendrick Lamar will never be canceled. And fuck you if thats what you're trying to do. pic.twitter.com/NE5tajVQpb