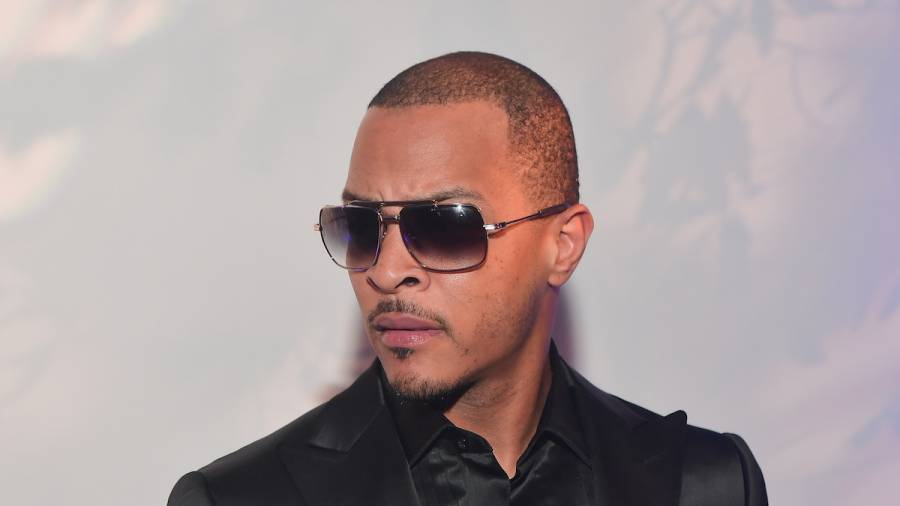 Atlanta, GA – T.I. and Killer Mike, two men who’ve been vocal in demands for justice in not only the death of George Floyd but that of Breonna Taylor in Lousiville, Kentucky and countless others, took to Instagram to voice their frustrations after a Black man was shot and killed by Atlanta police on Friday (June 12).

“Won’t post that video because I believe a part of us dies every time we watch it… but understand this. I AM NOT CONDONING ANY INJUSTICE towards OUR PEOPLE!!” T.I. wrote. “Been gathering facts & working on solutions since last night… THIS AIN’T THE ATLANTA I KNOW!! We demand JUSTICE!!”

Killer Mike echoed T.I.’s sentiments. “#RayshardBrooks should be alive this morning,” he wrote on Instagram. “He should be waking up (hungover or drunk in the tank depending on whether he was apprehended) and not dead. I am mad as hell and saddened beyond consolation.”

Won't post that video because I believe a part of us dies every time we watch it… but understand this. I AM NOT CONDONING ANY INJUSTICE towards OUR PEOPLE‼️ Been gathering facts & working on solutions since last night… THIS AINT THE ATLANTA I KNOW‼️ We demand JUSTICE‼️

#RayshardBrooks should be alive this morning. He should be waking up (hungover or drunk in the tank depending on whether he was apprehended) and not dead. If I’m the Wendy’s worker who called the police, I feel like shit this morning because a call for a man sleeping in a car should not have ended with his killing. If I’m the people with the child in the car, I feel helpless and hurt. If I’m that child, I’m scared shitless of anyone with a uniform and a gun. If I’m the angry white guy who was filming and saying, “I watched y’all for twenty minutes,” I’m wondering what else I could have done? I am mad as hell and I am saddened beyond consolation. At a minimum, we need a law that prevents shooting a person while they’re fleeing. If there is no weapon, fleeing from an officer should be a foot chase and radio race. If a person gets away, they get away. As I have said before, I will continue to look to and support grassroots organizations who are doing the work, day in and day out. If there are groups who you know are organizing to end police killings, @ them so we can follow and support. 🔴⚫️🟢 🐜  Let us Continue to #PlotPlanStrategizeOrganizeMobilize! If you are in ATL and want to know who is doing the work already brother Kalonji Changa (@whohetalkingto) is. His org is Commumitymovementbuilders.org. A true organizer he ain’t polite! He is effective! His org does the work.  Please @ others that do as well!

Both rappers have been vocal about Atlanta police and the community-at-large in the wake of recent protests and riots in May 2020. On May 29, the two appeared along with Mayor Keisha Lance Bottoms to deliver an impassioned plea for Atlantians to not destroy the city.

The fatal shooting was captured on cellphone video and shared on social media.

Per the Atlanta-Journal Constitution, officers were called to the restaurant located on University Avenue after receiving a complaint about a man asleep in his vehicle, prompting other customers to go around him to get their food at the window. The man, identified as Brooks, was given a field sobriety test which he failed according to the Georgia Bureau of Investigation.

Brooks reportedly struggled with officers after they attempted to arrest him. He was seen on video running away from the police when officers fired, striking him in the back. He died at the hospital.

Following the shooting, Atlanta Police Chief Erika Shields resigned on Saturday (June 13) and Mayor Keisha Lance Bottoms called for the officer who shot and killed Brooks to be fired.

News of Brooks’ death and the video spread along social media as many woke up to the news and gave their reactions.

The killing of #RayshardBrooks in Atlanta last night demands we severely restrict the use of deadly force. Yes, investigations must be called for – but so too should accountability.

Sleeping in a drive-thru must not end in death. https://t.co/LKsiwA48Ll

It’s too much to bear. RIP Rayshard Brooks. And maybe if you’re afraid of a sleeping black man and your first instinct when he runs for his life is to shoot, you shouldn’t be a police officer.

I suspect racist Americans will argue #RayshardBrooks shouldn't have ran; he made the officers fear for their lives; his unarmed back threatened them; so they had to shoot him in the back. Or, we'll hear about apples when another murderous tree has fallen.https://t.co/X72AFadaAC

APD killed #RayshardBrooks last night in Atlanta. No one is going to rest until the police are abolished. Black politicians have blood on their hands and no amount of celebrity is going to change that.

Why would you shoot a drunk man running away from you with deadly force? #RayshardBrooks should be alive today – he fell asleep at a drive-thru and is now dead as a result of police action. This has to end. https://t.co/V7TihCPttt

We wake up to this shit. When the fuck do we even get time to heal? Fuck this shit https://t.co/TDQ5SlmufZ

The abuse of power by police in America has claimed another victim, Rayshard Brooks, this time at a Wendy's drive-thru in Atlanta. Being black should not be a death sentence. Can’t police apprehend a suspect without killing?

BREAKING: Mayor Keisha Lance Bottoms said she has called for the immediate termination of the officer who shot and killed Rayshard Brooks. WATCH LIVE: https://t.co/izwmSdUyF3 pic.twitter.com/izNncvOH0n