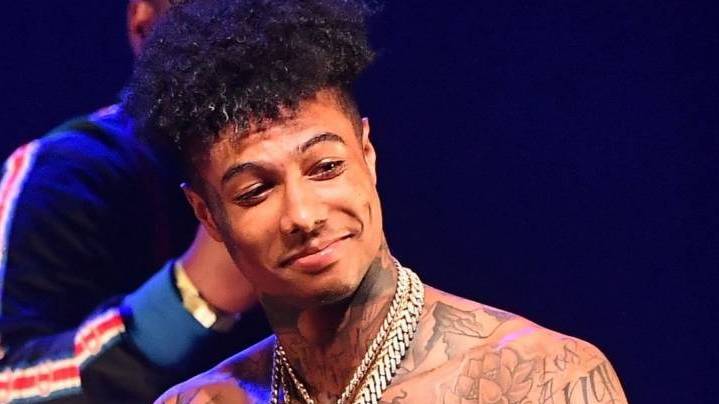 With plenty of people in Los Angeles taking to the streets to protest the death of George Floyd and other acts of police brutality, Blueface decided to make a joke out of the situation.

On Friday (June 5), the “Thotiana” rapper was out shopping for furniture for his new place when he was shocked at the price of some of the items. He then asked for a “George Floyd discount,” making light of Floyd’s death at the hands of Minneapolis police.

“Aye, y’all tell them to give me that George Floyd discount, cuh,” Blueface said in a since-deleted post to his Instagram Story. “I need that Black Lives Matter discount.” 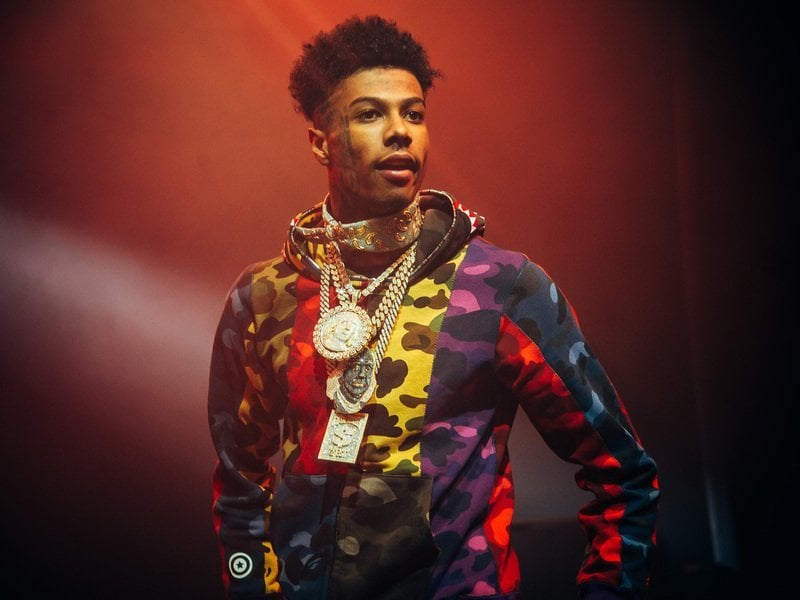 Even with a global pandemic going on, Blueface still has found ways to keep himself and his 5.8 million followers on Instagram entertained. He’s had numerous strippers pull up to his studio, had a boxing match with YK Osiris, and even got into some drama with the mother of his child. Similar to Boosie Badazz and Tory Lanez, he’s used the quarantine to entertain fans with a lot of NSFW content but unlike Boosie and Tory, he hasn’t gotten on Instagram Live with it.

Many took to Twitter to denounce the rapper’s “joke” and didn’t hesitate to light into him for trying to make light of a situation that has resulted in protesters being shot with rubber bullets, being teargassed and more while demonstrating for police reform.

Time will tell if he’ll calm down with his antics, or even speak out on the matters happening across Los Angeles but he did offer some form of acknowledgment. “No justice no peace,” he wrote on Twitter.

no justice no peace ?

See the response to Blueface’s latest antic below.

Blueface should've been cancelled when he was disrespecting black women. This weirdo has been problematic. https://t.co/pTL0VO007E

Blueface at the jeweler asking for a George Floyd discount?! Can we cancel him once and for all pls??

Blueface is one disgusting ass human being. ??How dare you try to get a discount using George Floyd name and because your black and you laughed while saying all of it. Your a pussy bruh and y’all need to cancel his wack ass FRFR pic.twitter.com/9ELGJcXcer

Blueface stupid ignorant ass needs to get beat tf up I want to know who is supporting this coon ass niggas music can’t rap on beat to save his fucking like fuckin bootlickin Uncle Tom house negro ass bitch pic.twitter.com/ykPPsW0bgT

“lemme get a George Floyd disc-“ BlueFace is bored & looking for attention pic.twitter.com/RscWvZdemN

Yooo cuzzy @bluefacebleedem… wtf is wrong with you. Ni66as gave you a pass with the whole Pop Smoke situation now a few months later this. You ain't have a damm thing to say on your platform about #BLM. You boxing and doing goofy shit. Cuzzy you done now. You on that long list pic.twitter.com/9PPemYpdle

Blueface (@bluefacebleedem)
–
Has been SILENT about the Black Lives Matter protest but when buying furniture, he joked around saying he should get a “George Floyd discount.” Using his death as a way to get a discount. pic.twitter.com/KHBJSvkUDv

? ? #BlackLivesMatter #GeorgeFloyd doesnt rest peacefully when there are ingrates like @bluefacebleedem who throw around his name in vain. Talk about cancel culture. Cancel this MF. #popculture is GARBAGE. pic.twitter.com/66NXMfpSEI

the man hasn’t even been laid to rest yet and you have clowns like Blueface sayin dumb shit thinking it’s funny…. ion see no one laughing fuck blueface and his wack ass music. https://t.co/IVInUGdm9d

Blueface asked for a George Floyd discount and he talentless? Praise God I’ve been wanting him outta here pic.twitter.com/kko0a6Gi9T

Blueface really asked a furniture store for a ‘George Floyd discount’. Can’t expect someone that raps like Blueface to read ANYTHING, much less THE ROOM.

And I HOPE THIS CLOWN is opening his purse to donate @bluefacebleedem https://t.co/NdIG9XPN03