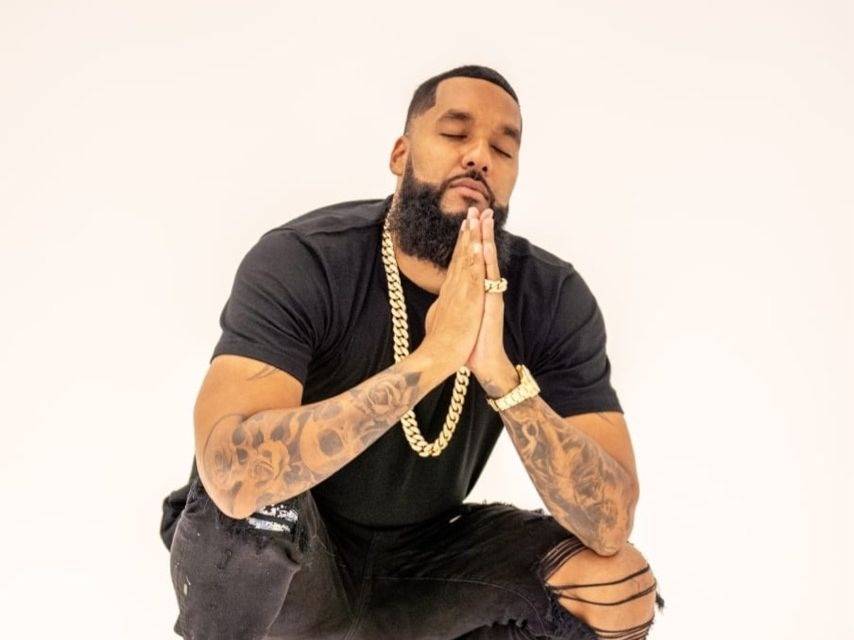 Public Enemy has been calling for people to “Fight The Power” for over 30 years but despite their rallying cries, America doesn’t look much different than it did in 1988 in terms of racial equality.

Following the police killing of 46-year-old black man George Floyd, Dre of famed production duo Cool & Dre felt moved to action. On Monday (June 1), the seasoned beatsmith shared a video for his new single “Captured On An iPhone,” which (as the title suggests) focuses on police brutality and the shocking images often filmed by bystanders.

The idea sprung from a conversation he was having with Fat Joe, Cool and a few of his other friends.

“I can remember being a young kid and and my pop playing N.W.A, Ice Cube and Public Enemy in the house,” he tells HipHopDX. “And I was just like, ‘Bro, there’s supposed to be some great music happening right now. Like, what the fuck?’ It was different in the ’90s and Joe is a wealth of knowledge when it comes to that — he’s telling the story. So I’m like, ‘I’m going to start making some records and sending them out.’

“We’ve been quarantined for the past three months, so Cool and I have been making beats like we’re 16 again. The older you get, the more responsibilities you have, but almost 20 years ago, I would be making beats for 13 hours a day. Since I’ve been stuck in my house, that’s what I’ve been doing.”

Dre continued, “So I went to the studio saying, ‘You know what? I’m going to cook some shit up, put a couple hooks down on some records and send it out to some other people that we collaborate with.’ This was the first one I started. I did the hook, started recording it and the words just kept coming, and coming, and coming. I was like, ‘Fuck, this is the whole song.'”

With the encouragement of Snoop Dogg, who premiered a clip of the video via Instagram over the weekend, Dre decided to make it an official release.

“I got a call from my man, Snoop,” he recalls. “His manager was like, ‘Yo, Snoop wants to post this on his Instagram.’ I was like, ‘Hell yeah, go ahead!’ And then once that happened, they forced my hand. I was like, ‘Alright, fuck. I got to put this out now [laughs].”

He adds, “I’m just coming off of an album with me and Joey Crack [Family Ties], so I’ve been in the studio working on my own shit. I was strategizing how I wanted to release music and whatnot. It’s tough to do that during this COVID. Things happen for a reason I guess and here we are.”

As Dre pointed out, there’s a profound lack of revolutionary Hip Hop music today — at least in the mainstream space. He hopes “Captured On An iPhone” will inspire young rappers to speak up and start addressing some of the issues currently plaguing America.

“I just hope that when people hear it, it moves them and makes them reflect on everything that’s going on,” he says. “Hopefully, it’s also a force of positivity. Music is like medicine; it’s healing. I hope it inspires the artists to get a boost and create some music to talk about what’s going on.”

Dre is quick to give props to YBN Cordae who he calls a “fantastic artist” but other than him, there’s not a whole lot of younger rappers getting political in their music.

“He’s young, he’s a spitter, has a point of view and he brings his point of view across really well in his music,” he says. “Like me, I’m not known to be some conscious rapper. Look at my catalog and discography, there’s a lot of fuckery going on, but at the same time, I’m in deep.

“But I’m human and I have a point of view. It’s rare when I do interviews and I’m like a superhero when I’m in the booth. I get my point across better over music. I’m just hoping it inspires some artists from the younger generation to get in the studio and speak their heart, and don’t give a shit — don’t stress being cool or any of the trendy shit.”

Like so many other cities, Dre’s hometown of Miami has erupted in riots and protests in the wake of Floyd’s death.

“It’s wild, because I can remember growing up and in the beatings captured on tape, the people survived,” he says. “Now, they’re just straight up killing you on tape. And it’s like, ‘Damn, things are supposed to get better.’

“As time goes on and we progress, things are supposed to get better — not worse. If Rodney King got beat down, he survived that attack. And now, we’re not. As producers, a lot of our big records have always been record with substance.”

Case in point, check out Dre’s “Captured On An iPhone” video above.