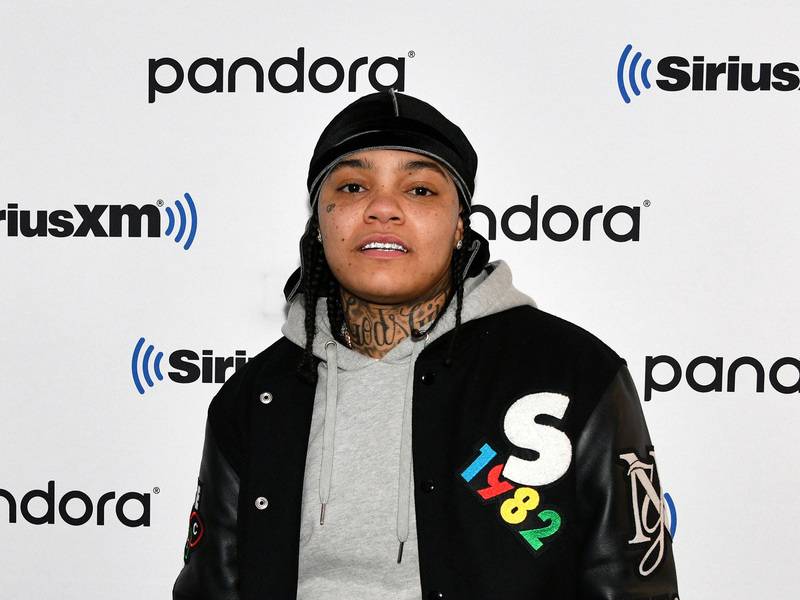 Atlanta, GA – Young M.A helped out one of her fans who got pulled over by cops after an interaction with her in Atlanta. The multi-platinum selling rapper posted footage of an incident in which she and her crew came to the aid of a woman, who was met with heavy police presence for a traffic stop.

“They didn’t wanna let her go, bro,” M.A. explained. “She came up to me showing love as a fan, bro. And them niggas pulled her over ’cause she was in the middle of traffic. And we all pulled up, five cars deep on police. We in Atlanta right now. We don’t want no smoke, we don’t want no problems. But you not gon’ do that to my fans, bro.”

She continued, “So, we stood up in front of these muthafuckas. And I don’t wanna call ’em muthafuckas because they had respect. They didn’t do the most. And they gave her a warning after 20, 15 minutes. But we had to stay there. We had to stand in front of them to let them know, ‘Yo, we not leaving until y’all let her go with a warning’ … That’s what we do for the fucking people.”

M.A’s instincts to intervene may have been justified considering what’s happened at protests in Atlanta over the weekend.

On Sunday (May 31), Atlanta Mayor Keisha Lance Bottoms announced two police officers were fired for using excessive force at the demonstrations. Three others were placed on desk duty, according to the Associated Press.

Atlanta was one of the many cities hosting protests following the death of George Floyd. Riots erupted in the capital city of Georgia, prompting hometown artists Killer Mike and T.I. to speak at a press conference held by Mayor Bottoms.

“I am duty-bound to be here to simply say it is your duty not to burn your own house down for anger with an enemy,” Mike said at the presser. “It is your duty to fortify your own house, so that you may be a house of refuge in times of organization. And now is the time to plot, plan, strategize, organize and mobilize.”