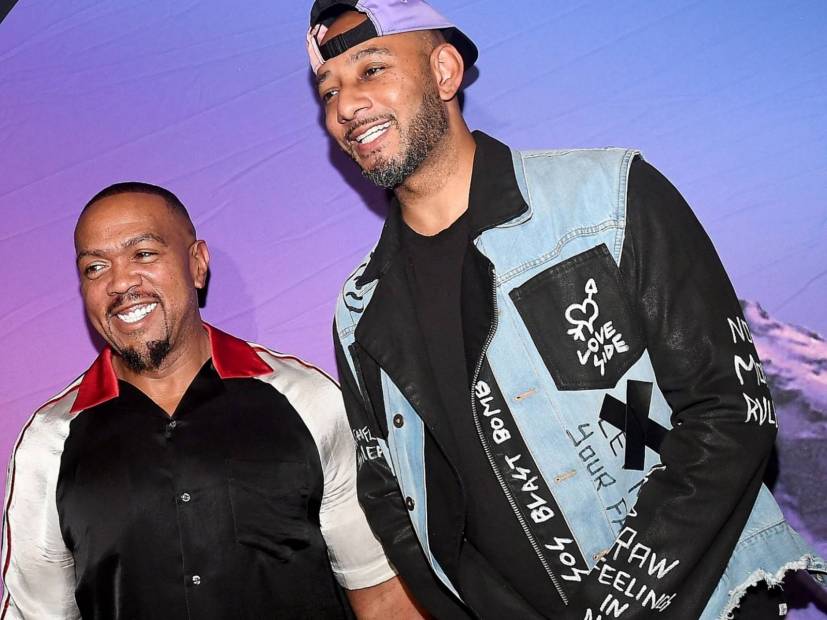 Swizz Beatz has confirmed the rumored 112 versus Jagged Edge battle.

“Breaking News,” the caption read. “Just added to the Memorial Day Weekend madness @official_je vs @theofficial112 this Monday! Something for the ladies @timbaland it’s a busy long weekend.”

Check out the flyer below.

Breaking News🚨 Just added to the Memorial Day Weekend madness 🙌🏽 @official_je vs @theofficial112 this Monday ! Something for the ladies❤️ @timbaland it’s a busy long weekend 🥂 @verzuztv

[This article has been updated. The following was published on May 20, 2020.]

The next Verzuz battle is reportedly set. According to The Shade Room, a source close to the situation confirmed R&B groups 112 and Jagged Edge are stepping into the arena, although no further details were disclosed.

Verzuz founders Swizz Beatz and Timbaland discussed the possibility of pairing up 112 and Jagged Edge during an Instagram Live session earlier this month.

TSR STAFF: Christina C! @cdelafresh ___ #TSRExclusive: Break out the throwbacks and the matching jersey dresses, we have a battle for the books in the near future as sources exclusively tell us Jagged Edge and 112 will face off in an upcoming 'Verzuz' battle! ___ There’s been a lot of buzz surrounding the potential battle as the two nostalgic groups, who both hail from Atlanta, were clear fan favorites among the Verzuz audience. Fans continued to demand a battle between JE and 112, so it sounds like Swizz Beatz and Timbaland are finally ready to give the people what they want. ___ Swizz and Timbo even went live recently, expressing interest in the battle and both members of Jagged Edge and 112 reposted the live, rallying up their fans. ___ Well now, a source close to the situation said it’s going down!! But that’s about as much as they could say. Are y’all ready for a JE and 112 face off, Roomies?!? (📸: @gettyimages)

Jagged Edge — comprised of twin brothers Brian and Brandon Casey, Richard Wingo and Kyle Norman — was signed to Dupri’s So So Def Recordings imprint in 1995. They had two monster hits — “Let’s Get Married” and “Where The Party At” — which were both produced by the So So Def founder.

The group has released 10 studio albums over the course of their career, including their 1997 debut A Jagged Era and 2000’s J.E. Heartbreak.

Meanwhile, 112 — Quinnes “Q” Parker, Daron Jones, Marvin “Slim” Scandrick and Michael “Mike” Keith — was initially signed to Bad Boy Records but joined the Def Soul roster in 2002.  Their hits include “Only You,” “Anywhere” and the Grammy Award-nominated single “Peaches & Cream.”

Perhaps most notably, 112 won a Grammy Award in 1997 in the Best Rap Performance by a Duo or Group category for their contributions to Diddy’s Biggie tribute “I’ll Be Missing You” featuring Faith Evans.