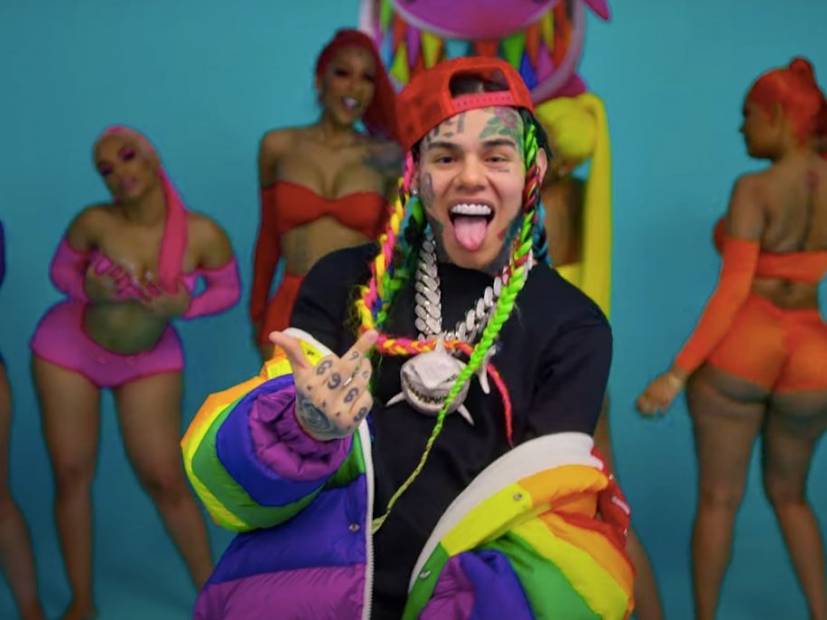 Tekashi 6ix9ine is making some wild accusations involving Billboard’s Hot 100 chart. In an extensive Instagram video rant, he claims Billboard allowed Ariana Grande’s team to purchase 60,000 last minute units to push her duet with Justin Bieber, “Stuck With U,” to the No. 1 spot on the chart.

“Last Thursday, Ariana’s ‘Stuck With U’ submitted 60,000 units last second. With this investigation, we found this — they purchased half of those things with six credit cards.”

“Now I understand why JAY-Z and Nicki Minaj say, ‘Billboard, like we used to look up to Billboard,’ but now we know it’s all manipulated. You can buy No. 1s and it’s not fair.”

From there, he breaks down the numbers and accuses Billboard of “illegally” disqualifying 20 million streams of his record-breaking “GOOBA” video.

@billboard YOU’RE A LIE AND CORRUPT. YOU GOT CAUGHT CHEATING AND THE WORLD WILL KNOW.

The controversial rapper started going at Billboard last week, not long after “GOOBA” broke Eminem’s YouTube record for most views in a 24-hour period.

“@billboard We’re watching this very closely,” he wrote in a since-deleted post. “The world is watching very closely, we love you and always supported the charting. On every platform we are dominating by a LANDSLIDE. The numbers are there and to be looked at. WITH NO RADIO WE ARE DOMINATING THE STREAMS.

Tekashi 6ix9ine Puts Billboard On Notice: 'The World Is Watching'

“I will hate to believe that people pay for their spins on the radio and making manipulating bundles to manipulate the chart. Again it’s still early Im just making it clear that the world is watching.”

As a result, 6ix9ine’s chart history is currently absent from the Billboard website. HipHopDX has reached out to Billboard for comment.