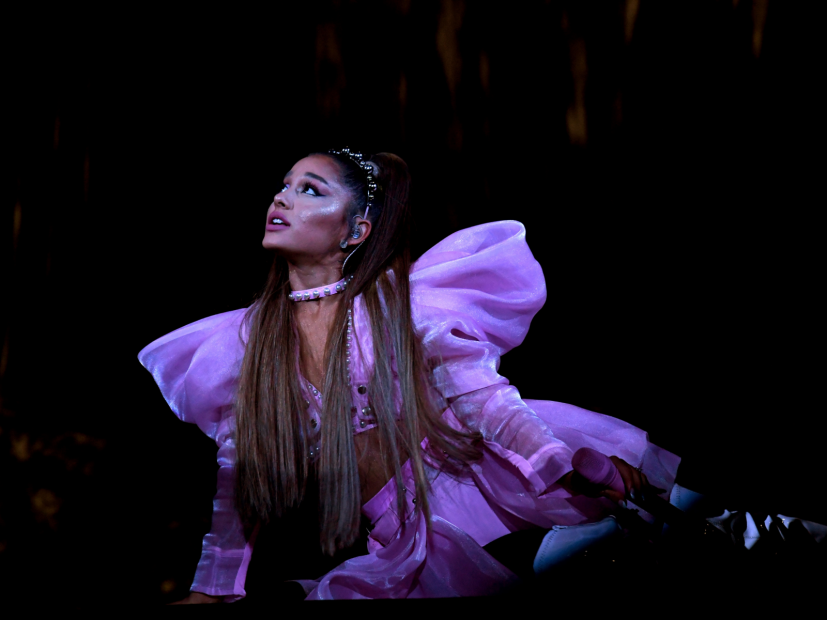 Ariana Grande Chokes Up During Mac Miller Lyric In Pittsburgh

Pittsburgh, PA – Ariana Grande got emotional onstage at her Sweetener World Tour stop in Mac Miller‘s hometown. The Pittsburgh audience at the PPG Paints Arena helped Grande out by singing the lyrics that she was unable to in “thank u, next” and “raindrops (an angel cried).”

This was definitely a very hard show for Ari to get through (late start; skipped songs) but she was amazing! And the fans were there to help her when they could #Macmiller #ArianaGrande #SweetenerWorldTour #Pittsburgh pic.twitter.com/b9LUFEwWXp

Grande was too choked up to finish “thank u, next” line, “Wish I could say thank you to Malcolm / ‘Cause he was an angel,” and could be heard crying through the rest of the verse. The crowd came through and sung the remainder of the lyrics until Grande was able to join them in the chorus.

Sweetener intro “raindrops (an angel cried)” was also a difficult song for the Grammy Award-winner to complete, as she could be heard crying throughout the song on the dimly lit stage.

Ariana was crying during raindrops and wasn’t even able to finish the song😢 @ArianaGrande #SweetenerWorldTour #Pittsburgh #ArianaGrande #MacMiller pic.twitter.com/NfdNAQMGsA

Grande has been honoring Miller since the start of her Sweetener tour in March by keeping an empty seat reserved for him and playing the late rapper’s songs before taking the stage.

Her tour will finish its U.S. leg at Lollapalooza on August 4 in Chicago before continuing on in the U.K.