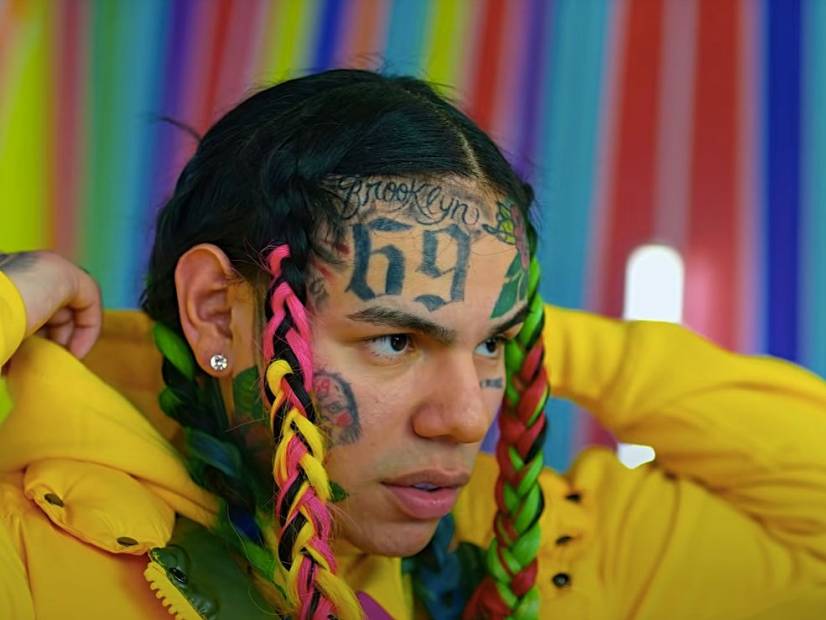 Snoop Dogg and Tekashi 6ix9ine engaged in a social media war of words over the weekend. The government’s former star witness 6ix9ine accused the West Coast rap legend of being a snitch and Snoop warned him to back off.

But, par for the course, 6ix9ine wasn’t finish.

On Sunday (May 17), the polarizing rap figure shared an Instagram post and insisted it was proof Snoop once cheated on his longtime wife Shante Broadus. In the first clip, a man who appears to be Snoop is looking through bag and in the second clip, a woman is on FaceTime with Snoop and they’re arranging some sort of rendezvous.

6ix9ine wrote in the caption, “For 2 years while I was in jail people started with me trying to end my career and it didn’t work. Now they say leave me alone. This the world we live in. Go apologize to your wife.”

#6ix9ine exposes #snoopdogg for cheating on his wife?. in this video I’m almost positive he is speaking with #celinapowell

This isn’t the first time Snoop has been accused of cheating. In fact, the video clip is the exact same one Instagram personality Celina Powell leaked in July 2018.

Not long after Powell’s so-called “receipts” started to circulate online, Snoop released a video talking about a new show called Clout Chasers, making it appear her video was nothing more than a publicity stunt.

“Be on the look out for my new, new TV show,” he said. “This is a good one. It’s called Clout Chasers. First episode, next week. Be sure to check it out.”

#PressPlay : #SnoopDogg just announced he’s coming out with a show called #CloutChasers ? Could #CelinaPowell be on one of the episodes? What y’all think?

Two days later, Snoop shared a trailer for the show and revealed he specifically chose Powell to expose her as a clout chaser.

In the video, he notes Powell’s plot to fake a paternity test in an effort to prove Migos rapper Offset was the father of her child before providing a glimpse at his clout-chasing sting. It also suggests Powell’s alleged receipts of Snoop cheating on his wife were part of the stunt.

“Where do you audition for season one?” Snoop said. “You already did, bitch.”

Rumors of Snoop cheating on his wife were circulating earlier this month. She appeared to address the chatter in an Instagram post on May 10, making it sound like she was well aware of his alleged bad behavior.

The meme read: “Don’t ask me for relationship advice cuz I took the nigga back 81 times.” She added a pair of laughing emojis in the caption.