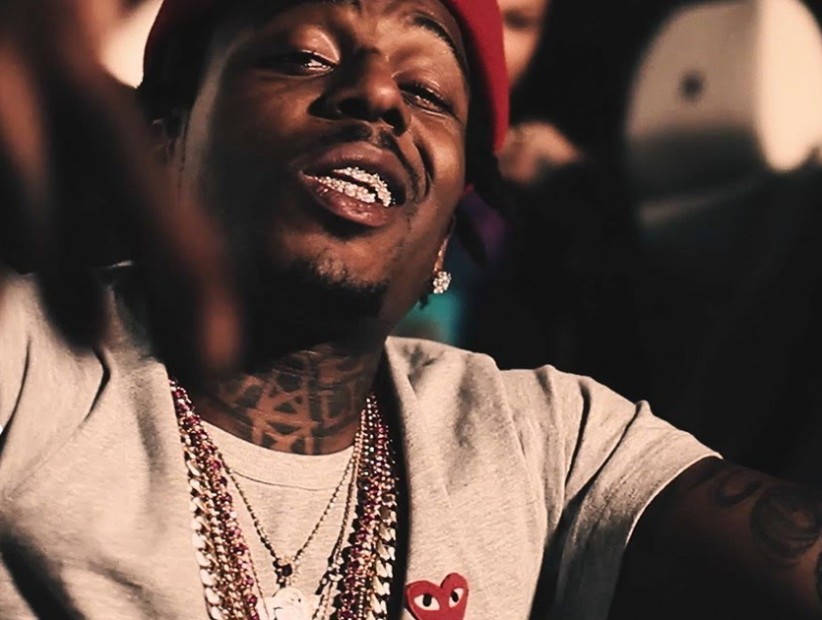 After Maxo’s fight with Rizzoo hit the internet on Friday (May 15), numerous rappers jumped in to comment on the situation, most notably Thug. The Slime & B artist posted a photo of Maxo on his Instagram page, calling the Brandon Banks rapper “the people’s champ.”

The people’s champ don’t @ me @maxokream

The statement did not sit well with Walka and he immediately jumped on Instagram to respond.

“I will beat you up and your security guard, Young Thug, you goddamn bitch,” Walka said. He then alleged that Thug refused to fight him backstage at last year’s Astroworld Festival but others intervened.

In a follow-up video, Walka took aim at Thug’s associates, Gunna and Lil Duke. “Do I get in y’all business? No, I do not. Do I talk about how you motherfuckin’ scared of goddamn YFN Lucci? No, I don’t. Do I get on the internet and say Gunna is a god damn … snitch on the highest degree? No, I don’t. You a hoe, Duke a hoe, Gunna a hoe. Y’all are hoes! Y’all street representation is terrible!”

@thuggerthugger1 shut up gay boy STAY OUT OF TEXAS BUSINESS

The feud between Thug and Walka dates back to 2018 when Walka posted an Instagram caption that criticized rappers for using words like “slime.” Thug appeared to call out the TSF rapper in a comment and Walka responded by saying that Thug did nothing when he “pressed him” while he was in Houston.

Both have traded insults with one another in the past on Instagram, from Thug claiming he was going to slap Walka and YFN Lucci to Walka lobbing homophobic insults and referring to the Slime Season rapper as a “transvestite.”

Walka challenged Thug to a boxing match earlier this year which Thug promptly turned down. “You need to put that money into ya homies, build your label up,” Thug wrote. “I’m sure it’s niggas around u without, put them niggas to work too..boss up lil brother…. I don’t want no smoke with u. BTW I SPEN THAT ON GROCERIES THIS MONTH.”

With many rappers currently abiding by quarantine measures, online beef is at an all time high. Thug has also been involved in continuously trading shots back and forth with French Montana over social media.