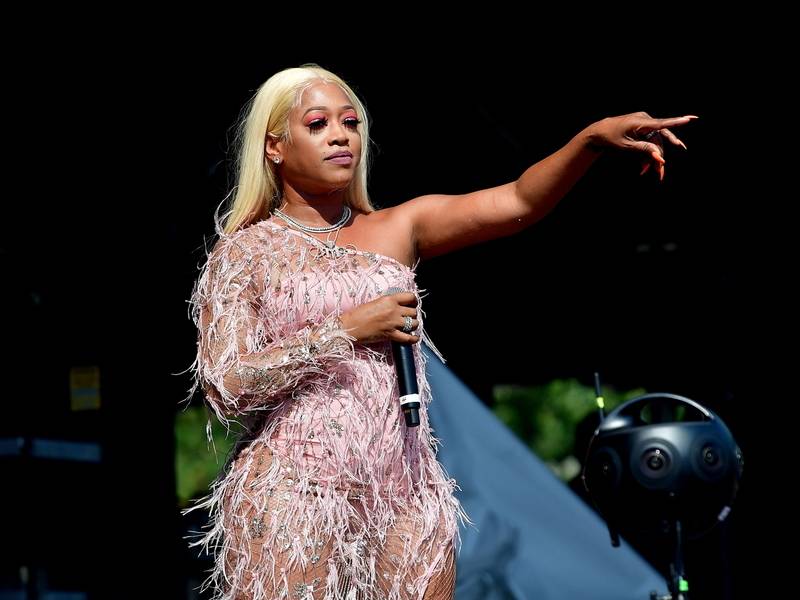 Miami, FL – Trina has zero interest in battling Khia, dismissing the “My Neck, My Back” creator as not in her league. After Khia said she would dominate the gold-selling rapper in an Instagram Live battle, Trina issued a fiery response on Miami radio station 99 Jamz.

“I’m a queen; this is called royalty over here,” she stated. “I’m not stepping off my throne to address no bum, no chicks that are beneath me and nobody that hasn’t worked as hard as I worked for anything.”

Trina’s no-holds-barred rant was in stark contrast to Khia’s boasting, which saw her laughing about a clash with her rival. Khia was unfamiliar with the Verzuz battle concept but asserted she had well over 250 hits to play in such a contest.

Khia wants to have a HIT battle with Trina on #VERZUZ 💀 pic.twitter.com/LuA9EgnycM

The beef between Trina and Khia is more than a decade old, spawning diss tracks such as the former’s “What’s Beef.” The feud appeared to be settling down after the longtime enemies traded shots via interviews and social media in 2017, but it’s clear the bad blood is ready to boil over at a moment’s notice.

Trina Unleashes On Walmart Shopper Who Calls Her The N-Word

What truly started their dispute has always been a bit murky, but Khia once claimed she wrote Trina’s breakthrough single “Da Baddest Bitch” without receiving credit. Their beef has mostly been characterized by personal insults though.

With French Montana and Jim Jones recently squashing a 15-year beef over Instagram live, perhaps it’s possible that the two could have a similar reconciliation. However based on the recent comments from both artists, it seems unlikely at the moment.

Watch the latest back-and-forth between the rivals above and revisit one of their past social media spats below.