Khia Roasts Gucci Mane's Wife's Hands Down To The Knuckle 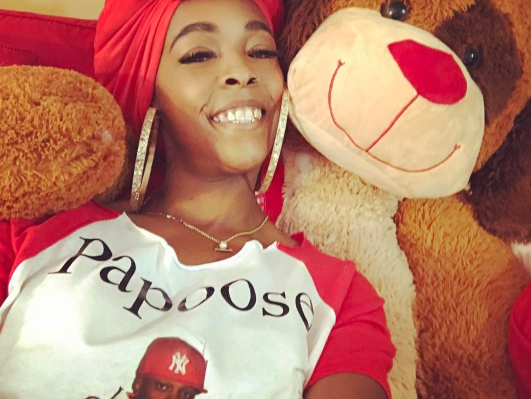 The Gram – Khia is back at it again and this time she is throwing shots at Gucci Mane’s wife Keyshia Ka’oir, taking aim at her age and…knuckles?

On Wednesday (January 30), the “Next Caller” rapper posted a screenshot from Keyshia’s Snapchat showing off her iced-out hand accessories.

“Guess who’s grandma knuckles these belong too??,” Thugmisses captioned on Instagram. “Hint Hint…She claims to be 32, but these knuckles scream 96, and she always where’s every piece of jewelry she owns, acting like a nigga that ain’t never had shit.. Who Diss??? GagOrder You can tell a woman’s age by her hands, feet, and pussie meat…Lets talk about the orderrrr.”

For relatively unknown reasons, Khia has been invested in Keyshia’s relationship to Gucci for quite some time now.

When Ka’oir officially became Mrs. Wopster in 2017, Khia took it upon herself to tell everybody that his new wife allegedly abandoned three kids in Jamaica.

Keyshia maintained it wasn’t true and addressed the rumors a few days following their wedding ceremony.

Keyshia has yet to respond to Khia’s latest roast.

Furthermore, the Gag Order host recently came for Quality Control’s CEO Pierre “Pee” Thomas over not getting paid for City Girls use of her 2002 hit “My Neck, My Back (Lick It)” on “F**k Dat N***a” off 2017’s Quality Control: Control the Streets Volume 1.

“I just want to let you know we cleared ‘My Neck, My Back’ with E1 who owns the master and Memory Lane and Third Side Music on the publishing,” he wrote via Instagram. “I suggest you reach out to your publisher regarding the clearance…We have the agreements for the use and everyone was paid.”