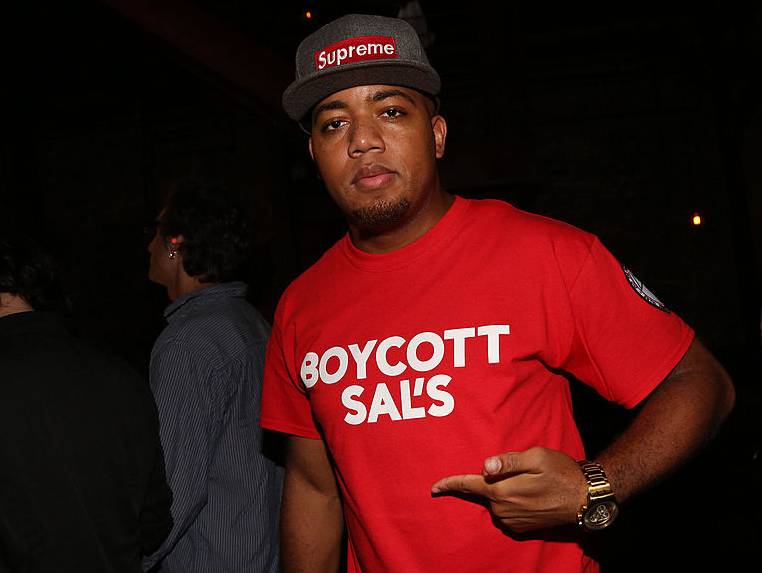 New York City, NY – Anyone familiar with Brooklyn Hip Hop luminary Skyzoo can attest to his love of jazz music — it’s all over his Instagram (and has been since he began his #SundayMorningJazz posts in 2012). While the genre is a thread that runs throughout his discography both production-wise and within the bars, his latest release The Bluest Note is the first time it has come to a real apex.

Recorded alongside Italian band Dumbo Station, the project is the first time he is backed by fully live jazz instrumentation — something he tells HipHopDX was always a dream he had in the back of mind.

“I always wanted to make this type of project with an all live band — no drum machines, no looping, no nothing,” Skyzoo says. “My thinking was that at some point I’d get it done … I knew I had to build a band. I had to put everything together and put the budget aside. I was like, ‘At some point, I’m going to do it.”

That “one day” came about just last year when Sky was flown out to Italy by independent record label Tuff Kong Records for a week-long creative process that birthed the EP.

“We drank a lot of great wine and little miniature-sized cups of coffee, had a lot of delicious pasta and made some amazing music,” he says proudly. 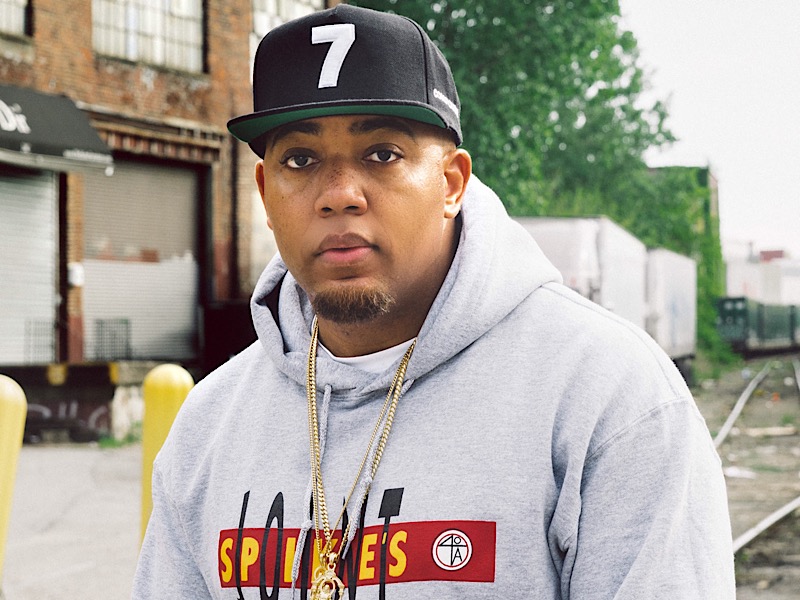 The story begins almost two years earlier though while he was on tour with Apollo Brown in support of their joint The Easy Truth.

It was after one of their two Italian dates that he met Domenico Errico. Earlier that same year, Errico had officially launched Tuff Kong (which has since become a key player in the post-Griselda vinyl resurgence) with their first release “Torch,” a collaboration with Conway The Machine and Italian beatmaker Cuns.

“He came to me after the show from in the crowd,” he recalls. “He said he was a huge fan and had a label called Tuff Kong Records. He said he would love to do a project with me and what would be dope is if we did a jazz Hip Hop album.”

Skyzoo was elated at the proposition.

As he talks about the collaboration, there is an unmistakable excitement in his voice. For better context, it’s important to note just how deep his love of jazz runs — and it all starts with his father.

“I’m more traditional,” he says with a laugh, differentiating his taste from his father’s taste. “He’s more smooth jazz.”

He admits to not entirely understanding the music at first.

“My dad was like, ‘One day, you’re going to appreciate this kind of music,'” he adds.

Though his father planted the seed, he says the man who ultimately sparked his love for the genre was Spike Lee — to whom he paid tribute on his 2012 LP A Dream Deferred with the song “Spike Lee Was My Hero.” He specifically points to the 1990 film Mo’ Better Blues, which starred Denzel Washington as fictional Brooklyn jazz trumpeter Bleek Gilliam and prominently featured music by the Branford Marsalis Quartet and trumpeter Terence Blanchard.

“I had seen the movie as a kid, but didn’t appreciate or understand it,” he admits. “Seeing it in college, as an adult, I was floored. It started with my pop, and then Spike Lee grabbed the baton and ran with it for me.”

He adds, “Right away, I went out and bought Miles Davis’ Kind of Blue on CD … the CDs grew into vinyl, and now I have an astronomical collection. I’ve become a jazz connoisseur over 15, almost 20 years.”

Skyzoo started a #SundayMorningJazz series on Instagram as a way of consistently sharing some of these vinyl gems he’s amassed over the years with fellow jazz lovers without overwhelming his core timeline. This past February, before COVID-19 locked down the world, he hosted what he says will be the first of many live versions of his weekly series at Brooklyn-based record and craft beer bar Bierwax.

Another notable point to make about The Bluest Note is the fact that Sky didn’t merely write rhymes to jazz compositions — he rolled up his sleeves and helped create them.

He also points to the fact that he intentionally created a shorter body of work than usual.

“I did that on purpose because the whole project is inspired by Blue Note Records — from the look to the title,” he says. “When you look at jazz records back in the fifties and sixties, they had five, six, no more than seven songs, always.”

Though it’s a project that begs for a live performance, that’s something that needs to be on hold due to the global pandemic. A tour was planned for this summer but will (dependent on how things play out) potentially become an online affair.

This project stands as an earned accolade for the Brooklyn MC, one he doesn’t appear to be taking for granted. While the creation intrinsically served as a bucket list item, he also hopes it will prove itself as a gateway into a world that’s brought him so much joy and purpose over the years.

“I hope people walk away with a greater appreciation of jazz … they may be a die-hard Hip Hop head or diehard Skyzoo fan, but they may not know anything about jazz,” he explains. “Here you go, here’s a way to get into it and be like, ‘I’m going to buy some jazz vinyl.’ That’s what I want people to take away from it.”

Skyzoo and Dumbo Station’s The Bluest Note is available now via Tuff Kong Records — both in limited physical format and on all digital streaming platforms. You can also tap into Sky’s weekly Sunday Morning Jazz playlists via Spotify.