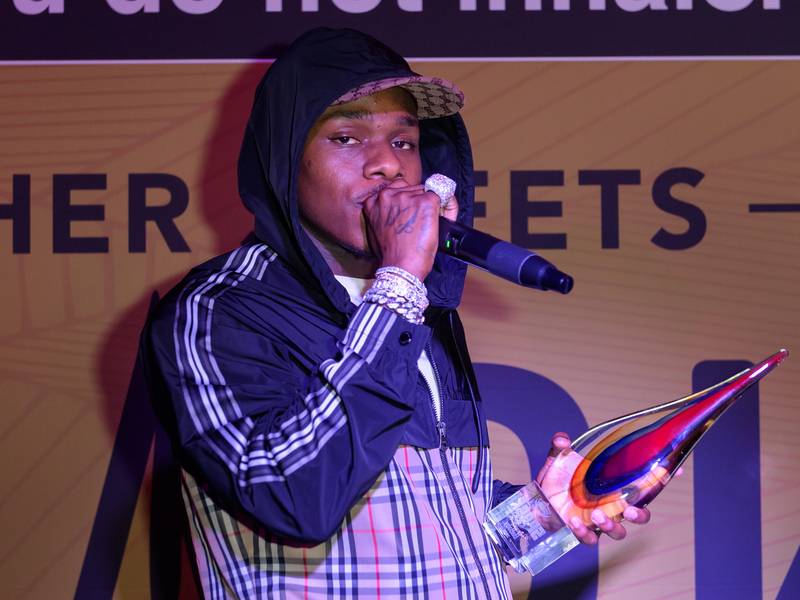 DaBaby addressed the criticism of his consistent flow during an appearance on The Breakfast Club. After being questioned about the critique by Charlamagne Tha God, the Interscope Records rapper defended his approach and boasted about his rapping prowess.

“As far as like switching the flow or anything like that, I have no problem rapping circles around any one of these niggas,” he said. “That ain’t nothing to me. And there’s records that show that. That’s why I couldn’t find myself entertaining that.”

He continued, “I could joke about it just like I joke about everything else on some ‘haha’ shit. That’s what it be when I make songs like ‘BLAME IT ON BABY.’ But I could never take that shit too serious because I’m already knowing what’s going on.”

@dababy talks about not switching up his flow ?

DaBaby also contended he could make conscious music in the vein of J. Cole and Joyner Lucas. But according to him, his lack of variety comes from sticking to what’s been a successful formula.

“I’ll make a conscious album right now,” he explained. “I’ll record the whole shit today. On some J. Cole vibes. Joyner Lucas vi— I can get in there too. So, it’s really however they wanna play it. But me, at the end of the day, I understand what’s going on. You got people biting on a certain thing. You gotta milk the game. You gotta take advantage of it. I switch it too quick, you ain’t gon’ like it. You gon’ be like ‘Damn Baby, I wanted you to turn me up.'”

DaBaby added, “You gotta understand the climate of the business. When you got something going, you would be a fool to step on your own toes and go left with it.”

The “Suge” creator capped off his answer by hinting he would display more versatility in the future yet stressed why he won’t let detractors influence his music.

“You gotta gradually pull people different ways and take people down different avenues,” he noted. “You gotta have control of this shit. You never let anything else control the shit that don’t put the work in and don’t study the game.”

Check out DaBaby’s full interview with The Breakfast Club on YouTube below.