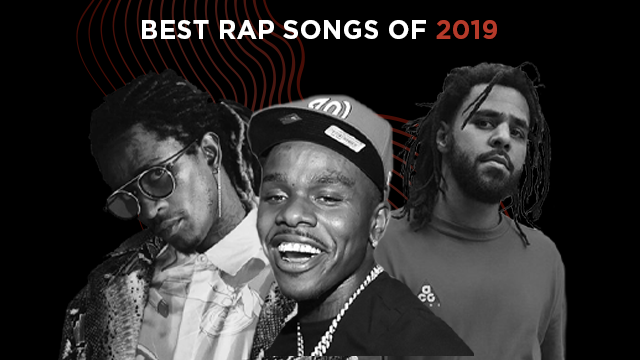 Hip Hop fans are faced with a constant barrage of new music on a daily basis, making it all but impossible to truly keep up with everything that’s notable. But despite the overflow of songs, certain tracks break away from the pack and becoming defining sounds of the year.

With 2019 coming to an end, HipHopDX discussed and debated what songs stood above the rest before narrowing it down to 20 songs. From hit singles to undeniable album cuts, these made an impact and helped define the year in Hip Hop.

So without further ado, here is DX’s list of the best rap songs of 2019.

It was only right that Kulture’s parents put their chemistry on wax for one of the year’s most topical tracks. “Clout” is as catchy as it gets and a warning for Mr. & Mrs. Offset’s haters. – Scott Glaysher

With its shimmering Trap beat and effortless Auto-Tone flow, Lil Tecca’s “Ransom” is an infectious hit that was bound for streaming and chart success. – Daniel Spielberger

Rapsody paid tribute to bronze medalist fencer Ibtihaj Muhammad — who was the first Muslim American woman to wear a hijab during the Olympics — and GZA with a 9th Wonder-flipped sample of the Wu-Tang Clan MC’s classic “Liquid Swords.” – Victoria Moorwood

Though Drake inexplicably chose to release a two-pack of songs that had absolutely nothing to do with Toronto Raptors’ historic win, the aggressive Rick Ross collabo was the cream of the crop from his Best In The World Pack and peaked at No. 7 on the Billboard Hot 100. – Riley Wallace

Gang Starr is a group that many purists hold in the highest regard, so when it was revealed their first new song in 16 years would feature J. Cole, skepticism was extremely high. Luckily for the Dreamville capo, he delivered in spades. – Riley Wallace

Following Travis Scott’s colossal 2018, the Texas-bred star maintained momentum with another psychedelic smash that shed some light on even his most intimate relationship details. – Scott Glaysher

Though it originally came out in 2017, Lizzo’s “Truth Hurts” was one of the most profoundly impactful — and ubiquitous — bops of 2019. Due to its clever, meme-worthy lyrics and empowering message that can make anyone feel like a superstar, the song spent seven weeks at the top of the Billboard Hot 100 chart. – Daniel Spielberger

Denzel Curry delivers a tornado of a performance on “RICKY,” the biggest song on a pivotal album in his career. Carol City should be proud. – Kenan Draughorne

One of the most integral tracks of Megan Thee Stallion’s Hot Girl Summer was “Cash Shit,” which got even hotter thanks to DaBaby’s scorching verse. – Scott Glaysher

Young Thug’s “Hot” proves that simplicity pays off. Boasting impeccable production from Wheezy and solid contributions from Gunna and Travis Scott, the track shows it takes true talent to make it all seem so effortless. – Daniel Spielberger

Tyler, The Creator isn’t known for radio-friendly hits yet “EARFQUAKE,” a single off of his Grammy-nominated album IGOR, fuses his distinct, off-kilter style with a catchy, pop groove. – Daniel Spielberger

J. Cole’s killer run of features hit Young Thug’s So Much Fun with “The London.” The Dreamville boss and Travis Scott helped Thugger secure what was, at the time, his highest-charting single as a lead artist. – Kenan Draughorne

J. Cole’s “Middle Child” arrived as a warning shot and rap credo while fans waited on The Fall Off, which is due out in 2020. – Kenan Draughorne

In 2019, DaBaby proved to the world that less is more, especially with his smash hit “Suge,” earning him our award for Top Rap and Hip Hop song of 2019.

The lead single from his Baby On Baby project instantly stood out as one of his personal best performances for the simple fact that it was, well, simple. Jetsonmade used some easy chords, claps, and 808s to craft a trunk-ratting beat that DaBaby could rap to shreds and ad-lib to his heart’s desire. Embodying the once menacing Suge Knight, DaBaby gets off some terrifically terrifying bars himself — all while lacing the chorus with his bouncy “yeah yeah” ad-lib. The song is the perfect placeholder for car rides, gym sessions, club nights or any situation where you need to go, baby. – Scotty Glaysher 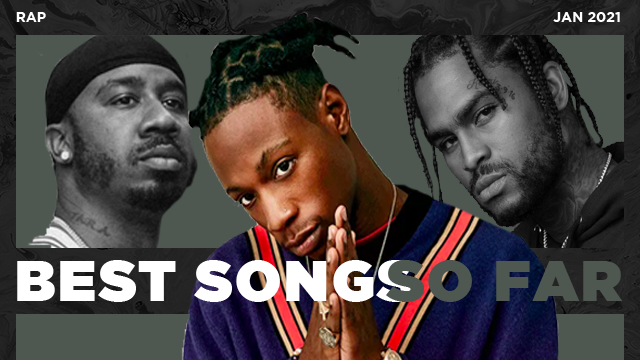 That’s our selections for the Top 20 rap songs of 2019, but what are your picks for the best of the year? Let us know in the comments and check out all of the awards and top Hip Hop songs of 2019!