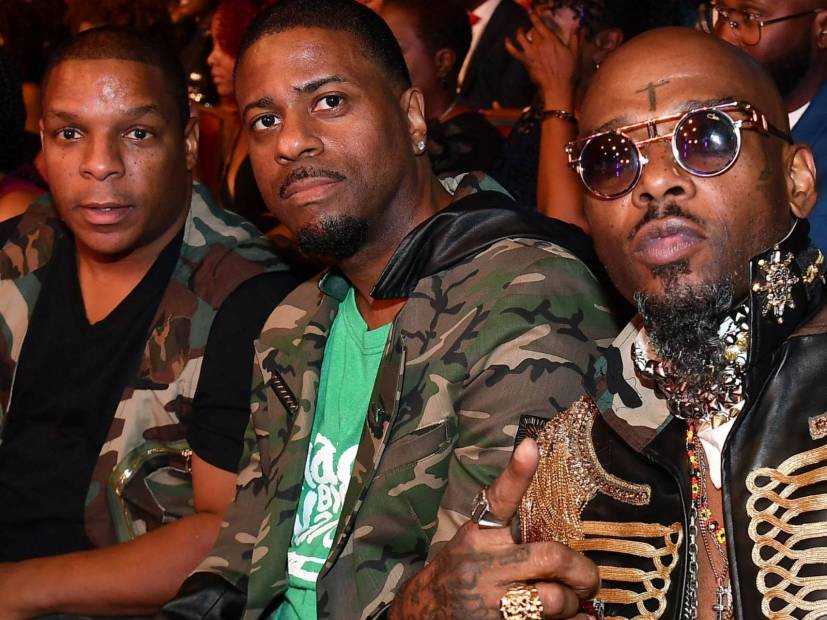 Actress Rita Wilson and her husband Tom Hanks were two of the first celebrities to go public with their COVID-19 diagnoses last month. While quarantined in Australia, where they’d been filming a movie, Wilson curbed her boredom one evening by reciting the lyrics to Naughty By Nature’s 1993 hit “Hip Hop Hooray” for her 1 million Instagram followers.

To her surprise, the video went viral and the rest is history. The New Jersey-bred Hip Hop legends ultimately connected with Wilson via social media and decided to do a remix of the song.

“I was on my social media late one night when a fan inboxed me and they were like, ‘Hey Vin, have you seen this?'” Vin explains to HipHopDX. “I looked and it was Rita’s Instagram and the clip she posted. Of course, she was in Australia and she and her husband were the first major celebrities to be diagnosed with COVID-19, so they were quarantined. As her story goes, she was quarantined and she had done a movie Boy Genius.

“Her character had to memorize ‘Hip Hop Hooray’ because in the scene, she had to interrupt or distract a group of teens at a party. So she distracted them by singing the song. Fast forward, she was quarantined, reading a book and it just popped into her head like, ‘Wow, I remember how complicated that song was. I wonder if I still remember it.’ She had the instrumental and she decided to film herself for Instagram and recite the song.”

See it to believe it

Wilson admitted she was unsure of how it would go down. To her credit, the video has amassed over 2 million views.

“She was like, ‘Listen, I’m afraid to push send on this, because it’s either going to go over well or I’m going to get super trolled,'” Vin adds. “So she decided to click send, upload it to her Instagram and the next thing you know, it went viral.

“I commented on it on her page and I was like, ‘Wow, thanks for rocking to our song’ and she DM’ed me. She was like, ‘Hey, would you guys mind doing a remix to this record? We could do something great for charity.’ So lo and behold, we agreed. We got with Tommy Boy Records, made sure all the clearances were there and decided on MusiCares.”

#Repost @ritawilson Here's a little background on the Hip Hop Hooray remix from a fun interview with @gayleking on @cbsthismorning! Thanks for having me!! Remember STREAMING sends money to COVID Relief fund. Link in bio to watch the full interview. #CBSThisMorning #HipHopHooray #MusiCares

As Vin mentioned, the proceeds from the song will go to the MusiCares’ COVID-19 Relief Fund. Spearheaded by the Grammy Foundation, the charity has provided more than $60 million in health, financial and rehabilitation resources to music people in times of need, including road crews, sound engineers and lighting technicians.

“It’s really important, because our industry is shut down,” he says. “I just saw an article that said Live Nation concerts might not go back up until the fall of 2021, so there’s a lot of work to be had. With the song on Tommy Boy’s YouTube page, there’s a direct link to contribute to MusiCares. All of the streaming proceeds from the YouTube video, music service providers, streaming services, all of those proceeds will go to MusiCares, as well.”

As the number of coronavirus cases in the United States continue to climb at an astronomical rate, people are turning to arts and music more than ever to cure their coronavirus blues, one of the only silver linings in this worldwide crisis.

“In times of tragedy or trying times, the human spirit always shows up in the most positive way,” he says. “Whether it’s a disaster or whatever, people tend to galvanize. I think that’s just in our DNA to react and to look out for each other in times of crisis.”

In terms of what the future looks like, Vin (along with the rest of the world) is unsure of what that entails, but he knows this will change life as we know it forever.

“People are going to be more cautious of human interaction,” he says. “But again, it’s part of our DNA, part of our psyche to embrace, hug and be physical with each other. So, I think this virus will make people more aware and conscious of being sanitary and stuff like that, being clean. But we can’t social distance forever. I can’t wait to get back out there.”

Hip Hop Hooray is like modern day Shakespeare. I originally learned the song for one of the most fun roles I ever played in the film Boy Genius. It took me a month to learn because it’s so complex and nuanced; it was like training for a marathon. The rhythms and tempos are so unique and creative. When I was quarantined and recovering from COVID-19 I wanted to see if I still remembered it, kind of like a brain exercise. To my surprise I did. I thought it would be fun to put it on my Instagram to show people I was doing okay and to make them smile. When @naughtybynature4ever commented about it, I couldn’t believe it. What a joy to be doing this remix with legends of the Hip-Hop world. I’m forever grateful for their generosity of spirit and for being able to raise money together for @musicares COVID-19 Relief Fund. Hit the link in my bio to listen to it and donate on YouTube! Available on all music platforms 4/10 ?

In the meantime, Vin is focused on Naughty By Nature’s new Forgotten Quarantined Archives EP, which arrived earlier this month. He also reveals he and New Kids On The Block member/actor Donnie Wahlberg have something up their sleeves. 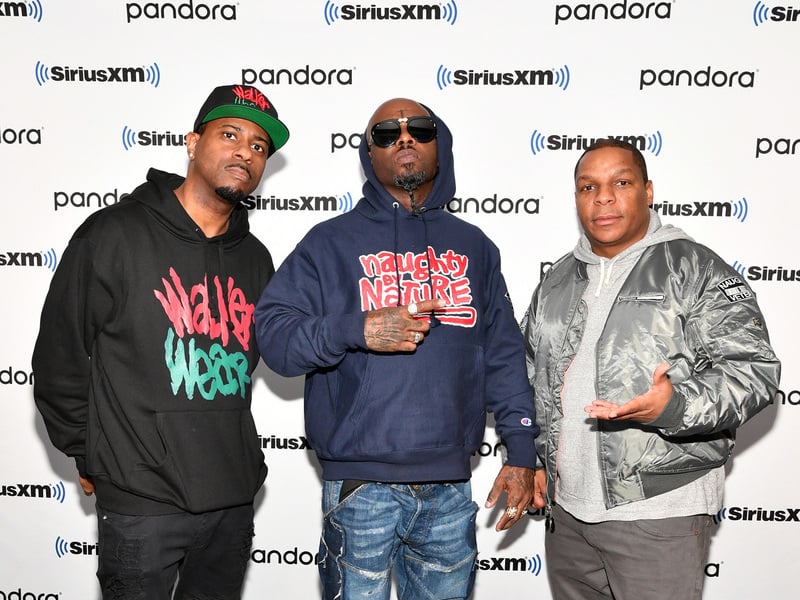 “There’s seven songs we had in the cut for the longest, and we decided to just release them and give our fans something to listen to while everyone is quarantined,” Vin explains. “So it’s been that, it’s been the Rita Wilson thing and then our big homie, Donnie Wahlberg, called us, so we have another musical surprise coming right behind this. We’ve been saying very busy.”

To donate to the MusiCares COVID-19 Relief Fund, head here.