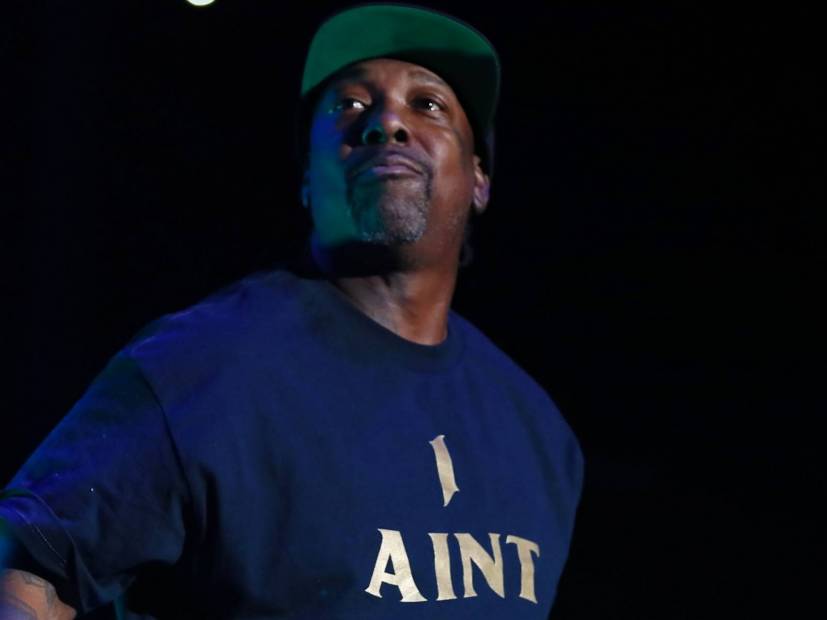 As promised, MC Eiht has returned with a new double album called Official. The 27-track project is more no-nonsense West Coast gangsta rap Eiht and his group Compton’s Most Wanted have been pushing since they first picked up a mic.

Singles included on the album are “How U Do That” and “Bring Em All.”

“The project is a 27-track journey to music that kinda lost its way,” Eiht tells HipHopDX. “Not to disqualify other influences or artists in Hip Hop, just this project was geared towards the sound where I first fell in love with West Coast music and Hip Hop though our interpretation. Our heritage of Hip Hop comes from different backgrounds.

“It’s still what we kinda patterned ourselves after being West Coast artists. What may be intriguing to others may be difficult for some, but that’s the wide world of rap we live in, thus I bring you Official.”

Eiht’s last album, Which Way Iz West, was released in 2017 and boasted executive production from DJ Premier. It was also peppered with numerous guest appearances from veterans of the culture, including Lady Of Rage, Kurupt and Xzibit. But with Official, he purposely kept the features light.

“I didn’t go to much into guest appearances, seeing I wanted to concentrate on just making music for my fans and the masses and not oversaturate it,” Eiht explains. “Xzibit, Problem, Tha Chill, Cherrel Terri and Tinigi Starr are the only guest appearances. Producers are my Bluestamp camp, Ferhan C and Dee Ace. My boy Theory Hazit lent his bangin’ sound.”

Eiht’s career kicked off in the early 90’s and he’s now part of an exclusive club of MCs that has attained decades of longevity.

“That comes from the ability to appreciate still being accepted by your peers and fans,” he says. “We still work hard not to try and get in where you fit in, but to try to sustain an audience as far as the quality you put into your music, the lyrics you pen or the heart you put into your work. We want to make music that pleases the muthafucka that spend they hard earned money and to make sense in what you create to me is how you sustain longevity, so I bring you … Official [laughs].”

Check out the Official album stream, cover art and tracklist below.