Embattled rapper Kodak Black could be spending more time behind bars. On Thursday (March 12), according to Pitchfork, the 22-year-old Atlantic Records artist pled guilty to attempted second-degree criminal possession of a weapon.

Soon after his plea was publicized he posted an open letter on his Instagram feed. The note was filled with shout outs to his friends and others including Meek Mill, Zendaya and Jennaske. Also, in the post, Kodak updated fans on his current status, new music and possible appeal case. 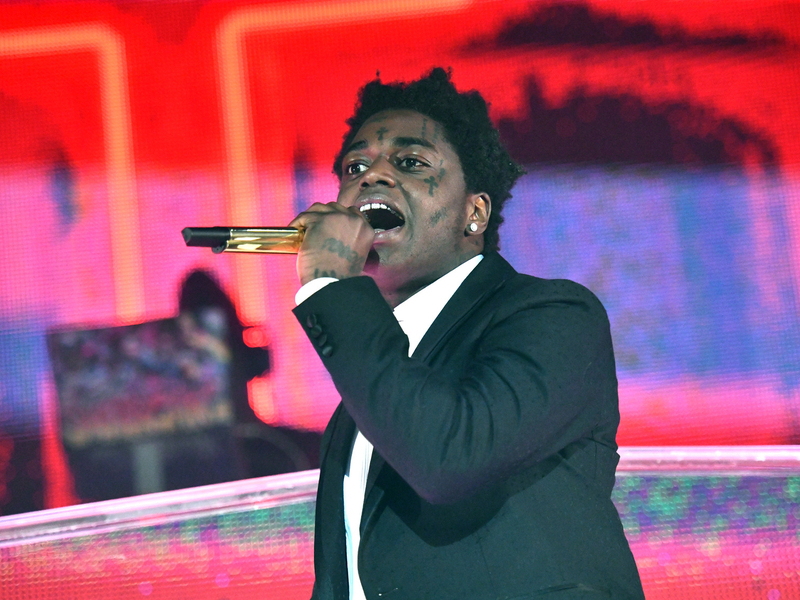 He writes, “RoadRunner Bill ! Ya so I Put dat Shit in gear..Im shiftin good right na, in a literal sense!” He continued, “DATPART Lol. I went to DHo for the shot. They gave me 60 days in the box but suspended the 30 on Dude end. I gotta do the 30 for the C.O. incident. Fuck it im on cruise control ! They hit me cross the head tho on everything else. They took my commissary 6m, Phone & the email. They left my visit but I ain’t anticipating that right na. Prolly later ! Everything z I just ain’t like how dem people was playin on my job ! DATPART. YAY..Ya know that boy Brad come saw me, laced me on “cool” appeal situation.”

Kodak then referenced Meek’s CNN interview among other things. “y’all let meek mills Know I got the answer to that question they asked em on CNN ! Z Sh*t, im in the Belly of the Beast this where da answers @ I got a different Kite fa that tho.”

He added, “Let me find out Zendaya on her Z sh*t Boi. Everybody screaming ‘Jennaske !’ I’m Proud of her, That’s da Homie!”

The currently incarcerated artist faces 2-7 years in prison that will be served with his federal weapons sentencing. The gun possession charge comes from Kodak’s arrest in April 2019 when he was caught with the weapon while attempting to cross the border into Canada from the U.S.

The “Expeditiously” rapper reportedly never intended to go into the foreign country but was led on a different route from his GPS while traveling to a show in Boston from Detroit. The navigation system was guiding Kodak through Canada, New York and then Massachusetts.

Border authorities searched the Broward County native’s Porsche and arrested him along with three members of his entourage. A total of four handguns and weed were found in the vehicle.

The guilty plea was another chapter in Kodak’s long history with the law. In 2015 at the age of 18, he was arrested for kidnapping and battery along with’ other charges. Since then, he had eight other arrests for various charges, including child neglect, robbery and assault.

Often Times We Are Too Scared To Speak Up, In A World Where When You Right They Tell You To Be Quiet! In A World Which Doesn’t Recognize The Value Of Human Life And Human Dignity. Which Robs A Man Of His Will And Make Him An Object To Be Exterminated.

In January, the rapper feared for his life while behind bars. He called out two prison lieutenants at the Miami Federal Detention Center for abusing their power and believed it was a “big conspiracy” against him. Kodak was eventually transferred to a federal penitentiary in Kentucky.